It is a low act of cruelty and in breach of all civilised standards and international norms. I was not surprised to hear of this abominable, cruel decision taken by the Morrison Government. I remember the debate around bringing home Australians from China. The discussion rotated around dumping them hundreds of kilometres away from mainland Australia in detention centres on Christmas Island. The Federal Government is insulting to all Australians. Internationally, our name is mud.

Australians are a humane people. We care about others and we value all our citizens as Australians deserving protection. As Emeritus Professor of Medicine at UNSW, John Dwyer, argues in his article published on thePearls and Irritations platform, we have “a moral responsibility to get Australians home”. About 9,000 Australians are in India, including 650 who are listed as “vulnerable”. They need our help. We have a duty of care to them as Australians, as we have to all Australians in Australia and abroad. We all appreciate the need to tread carefully to ensure that all measures are taken to prevent the spread of a more aggressive strain of coronavirus taking foothold in Australia and prevent a third wave. We all agree on this. However, we must make decisions to ensure that the lives of all Australians are equally worthy of saving.

Instead of reaching out to Australians in India, the Morrison Government has threatened them with a $66,600 fine or a five‑year jail term if they attempt to enter Australia from India. Whilst the ban on travel from India is temporary and is due to expire on 15 May, the Government could decide to extend it. The truth is that no such measure had ever been applied by the Government to any other international COVID-19 hotspot. Former Race Discrimination Commissioner Tim Soutphommasane toldSBS News there has been “an inconsistency” with how the Federal Government has treated arrivals from different countries during the pandemic. He stated:

When COVID-19 was raging last year in the United States, the UK and in countries across Europe, we didn’t see a ban on arrivals of people from Europe, let alone criminal penalties being threatened to Australian citizens seeking to return home.

They have taken it to the extreme—not only closing the door, but adding the potential fines and jail …

I think we’re not acting consistently with our international human rights obligations.

Australian citizen Mandeep Sharma is currently stuck in the Indian city of Kapurthala. He left Australia on 2 April to bury his father. Mr Sharma’s return flight to Australia, scheduled for 7 May, was cancelled after the ban on flights from India was announced earlier in the week. He says the additional criminalisation measures are insulting. He toldSBS News:

In our hour of need, [the Australian government] has abandoned and betrayed us …

The Council of Indian Australians said there is a feeling in the Indian-Australian community that they have been unfairly targeted. The council’s public officer Mohit Kumar stated:

It’s a kick in the guts. It’s un-Australian and it’s unacceptable.

Federation of Indian Associations of NSW president, Yadu Singh, said some members of the diaspora have said they hoped the announcement was not part of any “racist dog whistling”.

Australian barrister, human rights and refugee advocate Julian Burnside said he was “horrified” by the Government’s move to ban Australian arrivals from India, while renowned human rights lawyer Geoffrey Robertson, QC, said the ban on Australians returning from India because of COVID-19 is unconstitutional and made under “dictatorial power”, not approved by Parliament and undermined rule of law. Former test cricket opener Michael Slater, who is attempting to return home from India, accused Prime Minister Morrison of having blood on his hands over the controversial travel ban. He tweeted:

If our government cared for the safety of Aussies they would allow us to get home. It’s a disgrace!

Blood on your hands PM. How dare you treat us like this.

This is from a speech given by Shaoquett Moselman. Source: Legislative Council Hansard – 24 March 2021 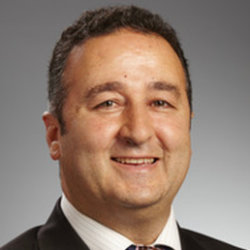