Morrison worries real conservatives even as he pleases business 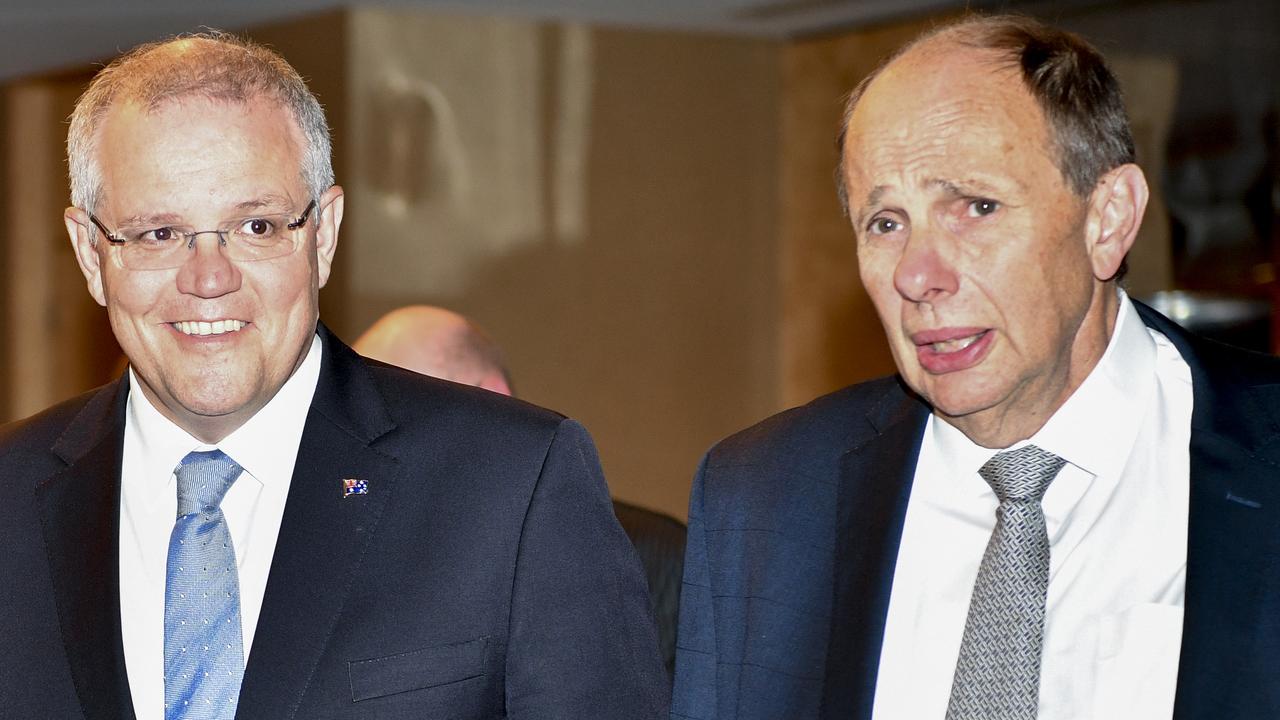 It is not in the ordinary business community — among those with whom the coalition normally measures its stocks — that a strong sense of urgency about getting rid of the Morrison government runs strong. Many of these have done well under the Morrison government– and the Turnbull and Abbott governments which preceded it. Even the pandemic has led to an explosion of public cash going into it — and without much in the nature of red tape or accountability.

Quite a few in the private sector are as indifferent to complaints about process, about proper controls over spending, about transparency and accountability as many members of the ministry are. If there is any pressure to improve the act, it is about appearances, opinion polls, and the potentially fatal impression of not having strong control of events, including vaccine supply and the vaccination campaign.

It is less and less accountable — even in the courts — for the way that it exercises power. It is less and less concerned about doing things the right way, including the way set down by law and tradition, and more and more concerned with the outcomes. It is much more inclined to the shortcut, to dispensing itself from the usual rules, to denying that power must be exercised cautiously and carefully and for the right reasons.

At the federal level, power is now more arbitrary and less constrained by rules and law. Ministers and their minders are more closely involved in both the making of policy and in its implementation, and public servants are being excluded from the process. There is open contempt for concepts of conflict of interest, independence of judgment and long-established constitutional and financial principles about proper stewardship of money. This week ministers who should have known better were pretending that parliament had vested ministers with the power to do whatever they liked and that the public could not complain if they had done just that.

Alas, experience has shown, in Australia as much as anywhere, that it is a path to tyranny, to personal and sectional corruption, and the transferring of public resources to special interests, mostly those who cannot sustain a case out in the open. An authoritarian and dominating government up for sale to the highest bidder, and showing tenderness and mercy only to its owners. A party virtually unable to be constrained by law both because it has stacked the judicial system and because it does not write laws that impose controls.

A government which does not hesitate to use its extensive coercive power to force its way. One which, perhaps, may provide fewer services of good government — such as in health, education and policing — but which puts a toll, demands bribes and donations and imposes uneconomic red tape — on the exercise of power by others. Right now it might suit some interests; down the road, the apparent beneficiaries will be the first to claim they have been enslaved.

Those who watch such developments with alarm see the nation becoming as corrupted, uneconomic and inefficient as Queensland under the Bjelke-Petersen government, Western Australia under WA Inc, or in NSW where, 10 years ago, ministers were handing valuable coal leases to mates and other politicians, and getting kickbacks and bribes for development decisions. Unless controls are re-established, and a new public morality emerges, the seizure and re-distribution of power by the present government will be the instruments of despotism.

It is fear of such outcomes, not pleasant anticipation of Labor in power, that has done much more to create a constituency for a strong and effective — and terrifyingly open — anti-corruption commission. It is the knowledge that the coalition’s plans for a limited, secretive and impotence commission come from an arrogant intention that the commission will constrain no one while giving a superficial impression of reform and accountability.

In fact, most of the proponents of a strong integrity body have little faith that Labor in power will have one. Mark Dreyfus, the shadow Attorney-General, now mouths the words about a tough commission but had no enthusiasm at all for such a project when he was in power. Indeed he denied that corruption was an issue at the Commonwealth level. Nor was he a memorable champion of the sort of human rights which made a difference — including (at a time when Labor had the power) same-sex marriage.

Three decades ago, an early crusader for strong Freedom of Information legislation, Gareth Evans, promised he would have reform legislation before the parliament very quickly. He joked that he wanted to do it before Labor ministers were “got at” by their departmental advisers. He didn’t move fast enough, and he was right, and his reform package fell well short of his promises. In recent federal history, only John Faulkner could be said to have advanced reforms which limited the patronage power of governments and made them more accountable. Typically almost all he achieved has since been undone — whether by starving the watchdogs of funds, by the subversion of a public service hostile to transparency and by the subversion of the public service by ministers wedded to secretiveness and hostile to any notion of the public having a right to know.

The prime minister has had a miraculous transfiguration and is commencing a process of attempting to makeover an image battered by practical failures during the pandemic, and revelations about his character and style through incidents as diverse as the bushfires, the sexual assault of women and his own creation, Robo-debt. But it’s not a matter of announcements without substance, photo opportunities or fresh opportunities to show himself as a warm, caring and sharing, empathetic leader.