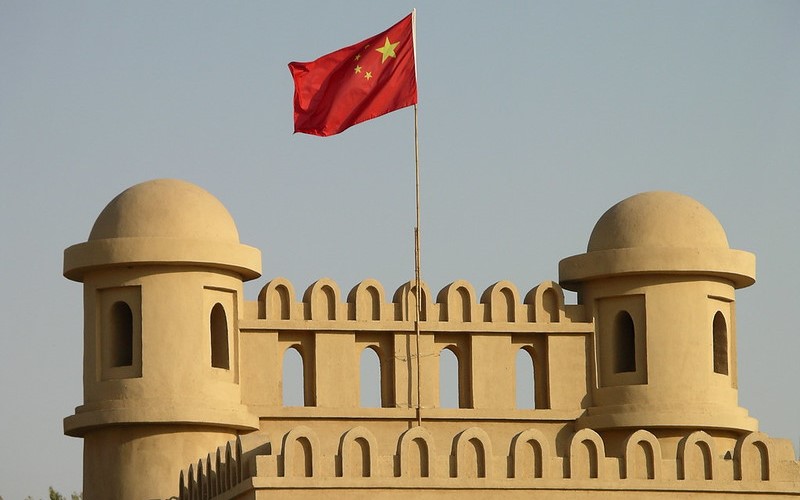 The US (abetted by the UK and Australia) in the so-called ”War on Terror”, has killed nearly 1 million Muslims in Afghanistan, Iraq, Pakistan, Syria and Yemen.

The rights and wrongs of China’s efforts to maintain calm in its restive Western province of Xinjiang are extremely fraught and cannot be elucidated in a short article.

What is clear, however, is that the many organisations and individuals, highlighted by Western media, levelling charges against China, are heavily supported and encouraged by the US as part of its geopolitical strategy to undermine China and bolster US dominance.

The US has a frequently stated objective to derail China’s economic progress and impede its participation in infrastructure and economic development in neighbouring countries and further afield. It has openly admitted that it encourages unrest in Xinjiang to block China to its west.

The purported concern for human rights in Xinjiang is a deliberately AUKUStrated campaign to further this objective. The most remarkable aspect of it, apart from its audacious mendacity, is its unabashed hypocrisy.

It now expects the world to believe that it is concerned for the human rights of Uyghur Muslims in Xinjiang, although the only known deaths among them occurred in Islamic extremist terror attacks. No mention is made of the Urumqui bus bombings and attacks, the Aksu bombing, the Hotan attack, the Kashgar attack, to mention but a few.

US authorities have boasted of the effectiveness of surveillance (internet, mobile phone, CCTV, facial recognition) in in rounding up hundreds of people involved in the attack on the US Capitol last January 6.

The so-called ”War on Terror’’, conducted relentlessly since 1989 against Muslims worldwide, has resulted not only in deaths, but in the displacement of millions, no longer able to make a living in
their homelands.

China’s efforts to provide job opportunities and labour mobility in Xinjiang are condemned as ”forced labour’’, with no awareness of the irony that all able-bodied persons in US federal prisons
are required to work.

International companies (such as Skechers) that have conducted their own investigation into working conditions of their suppliers in Xinjiang found no evidence of forced labour, rather than taking the propaganda at face value (Nike; H&M).

No attempt is made to compare income and living conditions before and after the introduction of these programs. Certain aspects might seem somewhat draconian, but they certainly have not
resulted in a reduction in living standards for Uyghur people or other Muslim communities in Xinjiang.

Indigenous Australians make up 27 per cent of the prison population, while they are only 2 per cent of the national population. Under Immigration Law, Australia holds about 1500 people in indefinite detention, without charge, their only “crime” being to seek a better life in Australia.

Nevertheless, Australia joins the US in accusing China of ethnically biased detention of a million or more Uyghur Muslims in ”concentration camps” in Xinjiang. The only “evidence” for this is satellite photography of rooftops and estimates extrapolated by data mining official Chinese sources.

The satellite photography is provided by the Australian Strategic Policy Institute (ASPI), heavily funded by the US State Department, the US Department of Defense and the US military/industrial
complex, including Lockheed Martin, Northrop Grumman, Thales Group and Raytheon Technologies. By ASPI’s own admission in its 2020 report to Parliament, the US funding is directed to projects targeting China.

Throwing stones in the Uighur glasshouse

The credibility of this “evidence” is undermined by the fact that many of the rooftops have turned out to be of schools, hospitals and factories. When caught out in this way, ASPI rather unbelievably then claims that such places are “used as detention centres”. Independent travellers in Xinjiang have been unable to find concentration camps at the co-ordinates provided by ASPI. The figure of 1 million Uyghurs, now parroted world-wide by Western media, was devised by Adrian Zenz, a German citizen residing in the US.

He is a self -proclaimed anti-Communist evangelical Christian employed by an anti-China organisation — the Victims of Communism Memorial Foundation. He based his estimate of 1 million
Uyghur “prisoners” from Chinese government open source internet resources. He has admitted his estimates are speculative.

His estimates are taken as fact. ASPI claims to confirm the number by its rooftop analysis. ASPI seems unable to identify from its satellite photography any of the convoys of trucks that would be required to bring supplies to feed such large numbers, or guards to maintain security.

The BBC also regularly interviews so called ‘’escaped prisoners” who seem to miraculously escape from prison, then are allowed to fly safely out of China, with a valid passport and a fully paid airline ticket. The stories they tell vary significantly with each telling.

It is also alleged that there is a sweeping sterilisation program to prevent Uyghur numbers from increasing. This ignores the fact that the Uyghur population in Xinjiang increased by 20 per cent  between 2018 and 2020. The now abandoned ”one child policy” was never applied to the Uyghur minority (nor to any other ethnic minority in China).

It is also alleged that China is seeking to eliminate Uyghur Muslim religious practice, through the destruction of mosques throughout the province. The BBC illustrated the point with footage of a
mosque being demolished, without including the fact that it had been sold by the Uyghur congregation to a developer which was going to build a hotel on the site.

ASPI has published similar claims, ignoring the fact that there are over 25,000 mosques in the province, many of which have been built by the government, or restored where they are of architectural/heritage significance.

What to make of it all

China deployed military and police to restore order in Xinjiang. It maintains a strict system of checkpoints and other surveillance measures. The result: no more killings, no more attacks and no more looting and burning.

AP admits peace has returned to Xinjiang, but it claims ”fear in the eyes of the people’’ shows oppression of Uyghurs continues. So the strategic objective of undermining China’s reputation and hampering its overtures to Central Asia, and through it to Europe, persists. 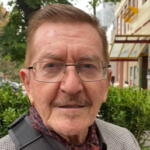