Mr Morrison, the G7 Summit and the report “Biodiversity, Natural Capital and the Economy” 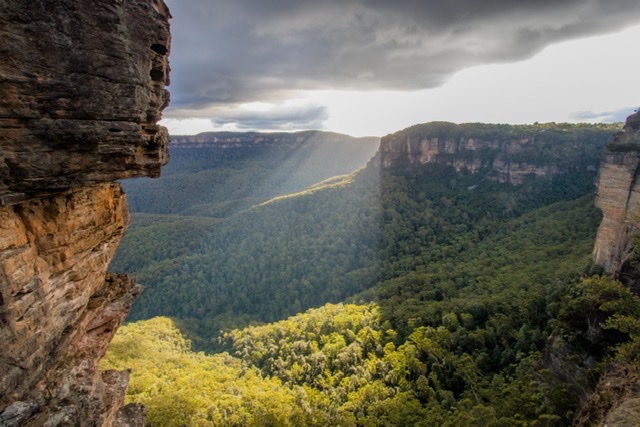 When Mr Morrison arrives at the G7 Leaders Summit later this week he will have before him a report on Biodiversity and if he reads and understands it he will realise that Australia’s reformed gross domestic product (GDP) would almost certainly be in negative territory and likely to fall further because of our poor record in maintaining natural resources.

He will certainly be questioned about environmental accounting in Australia and it would be unwise for him to repeat his bluster from the Biden climate when he failed to offer commitments and spoke of a Technology Investment Roadmap. To talk about environmental successes and perhaps a technological revolution in soil carbon would bring ridicule.

The summit is presided over by the UK and aims to unite leading democracies to help the world build back better from the COVID-19 pandemic and create a greener, more prosperous future.

The emphasis has changed from world economic growth to the parlous state of the environment and the need for restorative action in the recovery from Covid.

Leaders will note the Report “Biodiversity, Natural Capital and the Economy: A Policy Guide for Finance, Economic and Environment Ministers”, prepared by the OECD as an input to the UK’s G7 Presidency in 2021, provides policy guidance for Ministries to underpin transformative domestic and international action to halt and reverse biodiversity loss

Natural capital underpins all economic activities and human well-being; it is the world’s most important asset. However, humanity’s demands on natural capital are unsustainable. The unprecedented and widespread decline of biodiversity is generating significant but largely overlooked risks to the economy, the financial sector and the well-being of current and future generations.

The analysis focuses on four priority action areas for governments the first of which is explained in this present article;-

We have to adapt measures of national performance to better reflect natura capital, and mainstream biodiversity into strategies, plans, policies and projects.

The report notes that currently GDP is used as an important measure of short run macro-economic performance. However, it was not designed to provide insights on all the different economic, social and environmental outcomes that matter for human well-being and sustainability which need to be integrated using national measurement frameworks such as the OECD Well-being Framework.

The report follows the Dasgupta Review, “The Economics of Biodiversity“, which points out that GDP does not include “depreciation of assets” such as the degradation of the biosphere. Economic progress has been based on the extraction of resources from nature and the dumping of waste back into it. When extraction and dumping exceed nature’s capacity to repair itself, natural capital shrinks as do biodiversity and the essential environmental services they provide.

Dasgupta gives the example of the woodland destroyed to build a shopping centre or housing estate. GDP records an increase in produced capital, but no depreciation of the “natural capital” that absorbs carbon, prevents soil erosion, creates a habitat for much-needed pollinators, and provides direct benefits to us – from recreation to purified air – that reduce burdens on health services.

Any analysis of the progressive environmental degradation in Australia would show that in recent times GDP has provided a façade to hide environmental plunder. For example ANUs “Environmental Explorer Report for 2019″ reveals the worst environmental conditions in many decades, perhaps centuries, and confirms the devastating damage global warming and mismanagement are wreaking on our natural resources.

All are impacted by government policy or lack of it. The rating for these seven key indicators was 0.8 out of 10 which will explain Australia’s negative GDP once reformed measurements are instituted.

The G7 report for ministers asks for better leveraging fiscal policy and economic instruments to support the conservation and sustainable use of biodiversity, including in COVID-19 recovery packages. Biodiversity-related tax revenues for example account for just 0.9% of all environmentally related tax revenues.

It points out that “Natural capital accounting is essential for integrating biodiversity considerations into measures of national performance and policy appraisal.”

At least 89 countries have implemented accounts consistent with the UN System of Environmental-Economic Accounting (SEEA), the international standard for natural capital accounting which was adopted by the United Nations Statistical Commission in 2012. For some simple facts about SEEA see here.

However, the majority of accounts are still incomplete and only 34 countries have developed ecosystem accounts. Furthermore, natural capital is not given equal weight to economic data”

What progress has Australia made towards SEEA?

In 2018 the Australian Government and all states and territory governments agreed to the SEEA framework and commenced a National Strategy and Action Plan to implement (EEA) across Australia. This Plan built on the efforts of the Australian Bureau of Statistics to deliver a nationally-consistent approach to Environmental-Economic Accounting.

The common national approach to EEA was agreed as part of the 2018 National Strategy to adopt the internationally agreed System of Environmental Economic Accounting (SEEA) framework.

The 2020 EPBC draft report indicates the EEA process starts by classifying and measuring the extent of environmental assets, then considers the condition or health of the asset and the range of goods and services that the asset provides. The values of those services are estimated based on market transactions, or techniques to assess non-market value.

“There is no cohesive mechanism that brings the various efforts together to present a picture of the performance of our national system of environmental management. This is a key shortcoming that should be addressed”.

Clearly Australia has much to do before it can deliver a value system to try to arrest its declining natural assets.

In other words eight years after the announcement of SEEA, Australia has not yet reached base camp in the life saving climb to the summit of a stabilised biodiversity.

The climb will be treacherous, threatened on the one hand by the ideological values of the economic growth lobby, and on the other by some environmentalists who believe environmental value is an absolute, and valuing it will undermine it.

Several other groundbreaking recommendations are made in the G7 Report. Environmental risks and impacts must be embedded into the financial sector because efforts by governments have not yet been sufficient to halt and reverse biodiversity loss. Improving biodiversity outcomes linked to trade, include reforming environmentally harmful and market-distorting government supports.

These will be explained in a second article.

Meanwhile readers are asked to contemplate the present impasse on environmental reform between a government intent on avoiding environmental obstacles to development and the environmental movement’s dedication to saving threatened species.

The international community is awakening the need for economic reform to ensure a sustainable environmental future; Australia has not started that journey.