Murdoch, the Prince/King and conspiracy theories 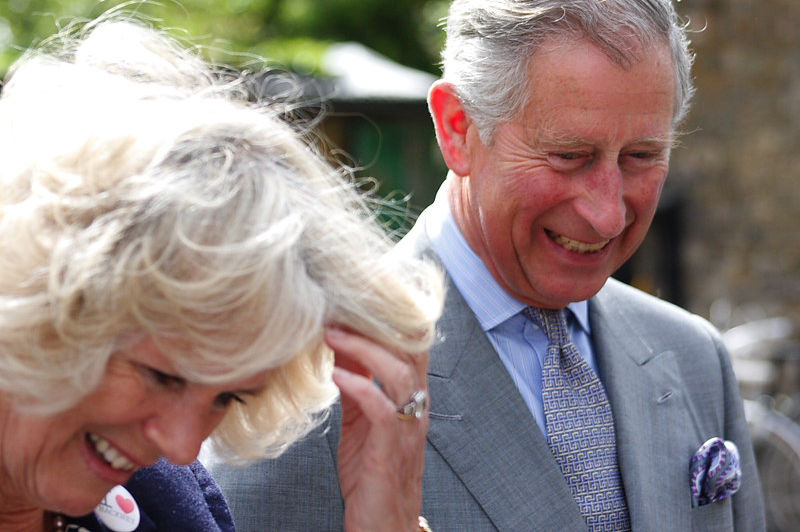 There is set to be some anxiety in monarchist groups in the community as they reconcile the ascent of King Charles III to the throne with their fear. Even in educated hard right circles like The Spectator Australia’s readership, conspiracy theories about him are evident.

In the “Flat White” online part of The Spectator Australia in July, an anonymous column was posted about “Prince Charles’ ‘Great Reset.’”

The Great Reset is conspiracy theory that argues that the World Economic Forum Davos set are billionaires planning a Green totalitarian takeover. The name is derived from a WEF plan (repackaging the standard Davos message) released in June 2020 promoting sustainable development in the economic reset provoked by the pandemic. It encouraged “green growth, smarter growth and fairer growth.” The then Prince Charles was used as the face of it in the promotional video at its launch.

The Spectator column argues that the Climate Emergency is an “excuse” created “as a non-negotiable reason to dismantle the free market and democratic governance.” The author posits that governments are using Net Zero to destroy the agricultural sector and rip wealth from the middle and working classes who will then be forced to depend on handouts.

The core of the author’s vitriol is saved for “stakeholder capitalism,” a concept that is a key to the Great Reset and sustainable economics. It is the (flawed) model where businesses are pressured towards cleaner practice by ESG scores. Environmental, Social and Governance metrics are intended to balance Milton Friedman’s impact on shareholder capitalism that dictates profit is the only responsibility. These ideas are, according to the column, socialism.

The new King was, by this account, not just enacting a “betrayal of the ordinary citizen,” but of the system and his role: “to protect the constitutional monarchy from rising climate fascism and globalism (also known as international socialism).”

The author believes capitalists and entrepreneurs can solve any problems without government “climate cult” interference. The widespread failure to help Australian regions beset by bushfires and floods over the pandemic moment has been superseded by the image of 1/3 of Pakistan under water and over 30 million people homeless and without food. America’s West Coast is in dire water peril with cities like Las Vegas and Phoenix existentially threatened. The facts would seem to contradict the author’s contention. No plucky entrepreneur is likely to fix this.

The comments beneath the column are filled with more overt conspiracy theory rhetoric of this kind: “the mainstream media is owned and controlled by these same WEF loving globalists” and the “takeover agenda” of the WEF. According to these posts, the Number of the Beast was apparent in Great Reset materials. There are many reasons to disdain the self-satisfied posturing of the WEF set, but the label “fascist totalitarians” is a stretch, and the belief that they are satanic is ludicrous.

The adjective “globalist” signifies part of the association of the Great Reset conspiracy. As with so much of the “conspiracy smoothie” that has suppurated out from QAnon over the pandemic era, this term denotes the antisemitism at work. Globalists and lizard people terminology (also in play about the Royal Family) are coded antisemitism. Toxic ideas about “elites” (more antisemitism) creating a pandemic and using mandates and vaccines to destroy society in a number of different ways are at the heart of the narrative. Elite-controlled pedophilia, the QAnon central panic, is also implicit in some versions of the conspiracy.

On the swamps of social media, the “elites” are weather-engineering the floods on Australia’s east coast to displace the residents and build “smart cities” as part of the WEF “high-tech dictatorship.” A number of ugly responses to the Queen’s demise in these spaces illustrate that they placed her in the evil “elite” category.

The Great Reset conspiracy, depicting climate action as socialism linked to the WEF, emerged from the Heartland Institute. This “thinktank” at the core of the climate denial industry is a feeder of ideas into the right wing disinfosphere. Rupert Murdoch’s Fox News has been a major amplifier of the fear mongering about the Great Reset and its looming socialism to be imposed by Green “elites.”

Naturally what Fox mainstreams, so too does Sky News Australia. The Institute for Strategic Dialogue has used Great Reset conspiracy theories as a case study on disinformation in 2022 Australian politics. They highlight the absurd rhetoric on Sky, where billionaires are Marxists aiming to destroy capitalism. Sky After Dark echoed Tucker Carlson and other Fox talking heads in aiming to foment hysteria about this threat to freedom. Rowan Dean described the WEF as “a hardcore leftist eco-horror show replete with quasi fascism” and the Great Reset as an end to democratic rights with a society ruled by the elite.

Pauline Hanson then introduced the Great Reset to Parliament. Ralph Babet, Clive Palmer’s $100 million dollar senator, touted reading Glenn Beck’s 2022 book The Great Reset on Facebook on the 3rd of September. (Beck apologised in 2014 for ‘helping tear the country apart” in his time fearmongering on Fox News and talkback radio. In 2021, he retracted the apology on Fox, returning to the grift.)

So social media spreads pictures of King Charles being poked in the chest by a Rothschild to convey a more blatantly antisemitic form of this conspiracy being promoted by Sky. The Spectator Australia funnels it into the educated right they are radicalising. All seem happy to portray the Davos billionaires, who are prinking up their free market capitalism with decorative furbelows of social justice posturing, as agents of capitalism-destroying totalitarianism.

Any attempt to create climate action that might mitigate the horrors of the worst version of the climate crisis is thus immediately discredited as a form of Great Reset oppression. Right wing Americans are taught to fear the Green New Deal as a communist threat that would rob them of all their rights. Disasters in Australia that could provoke the public to pressure for action are remodelled as the work of the elites or pretexts for totalitarianism.

And so King Charles’s history of support for environmental projects and sustainable development has drawn the many conspiracies about his family into the Great Reset horror. The very people most keen to display their respect for the crown are torn by their climate denial loathing of anyone promoting policy to address the crisis. It will be interesting to see how they reconcile their ambivalence.