Mutations of crisis management: how Australia squandered its Covid advantage 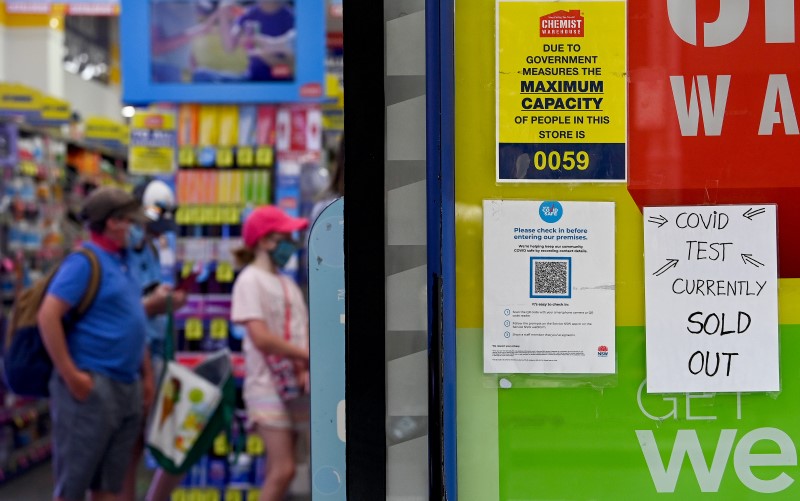 Australia has squandered the enviable position it was in early in the pandemic. (Image: AAP/Bianca De Marchi

After two years of relative success in protecting our population from the worst effects of the virus, a sudden change in crisis management has left Australians in dire straits

As Australia descends into coronavirus chaos — cases skyrocketing, supermarket shelves emptying, the workforce on the east coast decimated, supply lines interrupted, even, heaven forbid, reports of shortages of chicken at KFC — it is apparent how fundamentally our approach to the management of the virus has mutated in such a short space of time.

Some would argue that this permutation of approach was inevitable, that it was only a matter of time before things had to change. For anyone living in Melbourne, most locked-down city in the world, having endured violent far right protests last year, and interminable home schooling (the horror, the horror) this interpretation would seem to have some credence. Something had to give. The place was on tenterhooks.

However, in another sense, the radical shift in approach — at least on the east coast of the mainland — represents a victory of one style of crisis management over another.

How best to characterise these two variant styles of management? The first we might call the statist, social democratic impulse: based on a vision of society as a collective entity, committed to universal protection, prepared to use the powers of the state to enforce restriction, appealing to notions of solidarity.

The second approach we might call the libertarian, state-sceptic impulse: hesitant to impose interruption on the economy, concerned with the freedom of the individual above any notion of a social collectivity, wary of open-ended commitment to restriction.

These two approaches, or styles of management, mostly map onto the left/right division of politics and to the respective traditions of the Australian Labor Party (ALP) versus the Liberal-National coalition. I say “mostly” because there are some exceptions in each party, and because historical circumstance has pushed political actors against their natural inclinations at various junctures in the pandemic.

As the world unravelled in March 2020, there was a moment of suspension in Australian politics — which way would the country turn? To what extent would we use the advantage of our geography to hold the virus at bay? How would state resources be deployed to manage the crisis? This was the moment of Scott Morrison insisting that there were livelihoods as well as lives at stake while the medical profession sounded the alarm bells and the media began its frenzied counting of the statistics from hotspots elsewhere.

In the absence of federal leadership — beyond the instinctive hardening of the borders and the accompanying resurrection of a fortress Australia mentality — it fell to state leaders to determine the approach. The fact of ALP dominance at a state level meant that the statist, social democratic approach had a clear advantage. (Even South Australia and Tasmania, under Liberal Party leadership, fell under its sway. NSW was the only real exception to the national trend.)

Something like an Australasian consensus emerged, led by the Labor premiers but also, significantly, inspired by Jacinda Ardern in Aotearoa/New Zealand. This suppression strategy, which soon drifted to an elimination strategy, had its problems. The relentless pursual of the elusive “Covid-zero” was always a fantasy, achievable for short periods but not in the long term. There was also an overreach of policing and the coercive functions of the state, made all too clear in Melbourne: was it really necessary to impose curfews on a city of five million? Limiting the movement of people and the opportunities for socialising was one thing; chasing them indoors after dark was quite another.

However, notwithstanding the legitimate criticisms of the Covid-zero consensus, the success of the Australasian model in containing the virus was based upon several key planks: clear and effective public messaging; coordination of national and state-based health resources and decision-making (the national cabinet, despite some hiccups, worked pretty well); financial support for those furloughed or put out of work by the pandemic; universal access to free PCR testing.

Even when threatened with major mismanagement at the federal level — delayed procurement of vaccines, abandonment of responsibility for quarantining — the system held up remarkably well. Arguably the most important of all the planks was abundant and reliable provision of free testing.

Now, in early 2022, barely a month after the libertarian, state-sceptic approach has gained ascendancy, we can see how quickly all of the social and economic protections put in place for this exceptional period could unravel. As I waited in the queue of cars at the Melbourne Showgrounds this week, after having tried unsuccessfully to purchase RATs at several different pharmacies, the feeling of disorder was palpable. The guy near the entrance promised me eight tests (two for each member of the household); by the time I got to the collection point, they could spare only two in total. As the line of cars slowly snaked through the showgrounds, I was listening to ABC talkback radio: a nurse forced by staff shortages to work in a Covid ward while her own daughter was sick with Covid at home, burst into tears.

How could we have squandered our otherwise enviable position so quickly and thoroughly? The shift in approach has been based on a kind of magical thinking: that we could simply open up the economy once you reached a certain vaccination rate, with no additional provision of resources for testing, or increased hospitalisations, or labour planning in essential industries.

It’s the same kind of blind confidence that things will be okay — against all evidence to the contrary — that psychologically is behind the absence of urgency in the Coalition’s approach to climate change.

Given the likelihood that what we are living through is simply a dress rehearsal for far greater disruptions and socio-ecological crises ahead, we need to demand government that uses the powers of the state for contingency planning, and not for rorts, kickbacks and distractions. 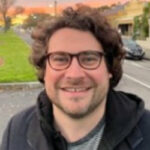 Stephen Pascoe is a postdoctoral fellow at the Laureate Centre for History and Population at UNSW.