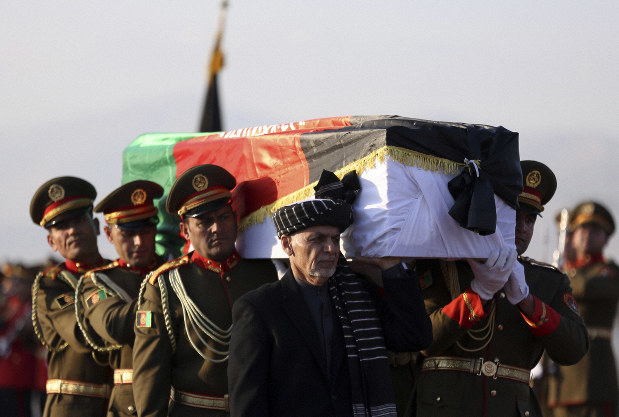 My friend Sabahuddin Sokout wrote from Kabul “We really lost humanity, he was working for the people. We have no words to even present our condolences, we could not protect our single most loyal Japanese companion.” Afghans are a resilient people, having endured much that would be unendurable for many. One of their last protected realms is their deep sense of honor, and they now feel that in not being able to protect the life of one of their best friends, that honor, too, has been assailed.

I first learned of the work of Dr. Nakamura in 2003. My institute, the United Nations Institute for Training and Research, had just opened its Asia-Pacific Office in Hiroshima, and the centerpiece of our work was the Hiroshima Fellowship for Afghan professionals. It was a unique concept, the result of much trial and error—slow and long-term in implementation, modest in budget and ambitious in goals. Funded in the main by Hiroshima Prefecture and benefitting from pro-bono professional support from many institutions and dedicated individuals across the world, the Fellowship also aspired to find ways to meaningfully distill and share the lessons of the post-war reconstruction of Hiroshima and Japan, with the Afghans.

I had been personally familiar with Afghanistan from a childhood trip in the 1960s, and was shocked at the wreckage and misery I had found, upon returning in 2002 after the fall of the Taliban. Even Kabul, once a city of tree-lined avenues and crisp, blue skies was full of bullet-riddled walls, bereft of greenery, notable for the detritus of 30 years of war and neglect. It had become clear to my team and I that the Hiroshima Fellowship needed a different model of human resource development—that quick, glib, unsustainable programs were meaningless for a country emerging from three decades of war.

One day my colleague Hiroko Nakayama, like Dr. Nakamura a native of Fukuoka Prefecture, excitedly explained to me about his efforts to adapt to Afghan conditions some of the irrigation techniques used since the Edo period in Fukuoka’s Yamadazeki—so as to revive fields that had succumbed to the merciless Afghan drought. I remember wondering what a medical doctor, who had dedicated decades of his life to treating leprosy and other diseases in the most remote and impoverished areas in the region, would be doing, creating dams, agricultural fields and irrigation projects?

In reality the philosophy was simple: Dr. Nakamura and Peace Japan Medical Services, Peshawar-kai in Japanese, the non-profit organization he had established in Fukuoka to fund his projects, aligned first and foremost with the needs of the neediest Afghans. ‘We go where no one else wants to go, and do what no one else is willing to do’ was how he summarized their operating principles. When questioned about his priorities, he would stress the fact that access to clean water and food had become, for hundreds of thousands of Afghans, a matter of life and death—so treating disease would have to come later, after saving lives at the brink. Dismissive of expensive, dependence-generating gadgetry and high-tech solutions, in his medical work as his later well-drilling and irrigation projects, Dr. Nakamura’s modus operandi was clear—in his own words about how to benefit the maximum number of people with the minimum amount of money. Projects had to be affordable, and Afghans themselves able to sustain them. His development ethos honed beginning in 2002, should become a text book reference, taught in development aid and MBA programs across the world. 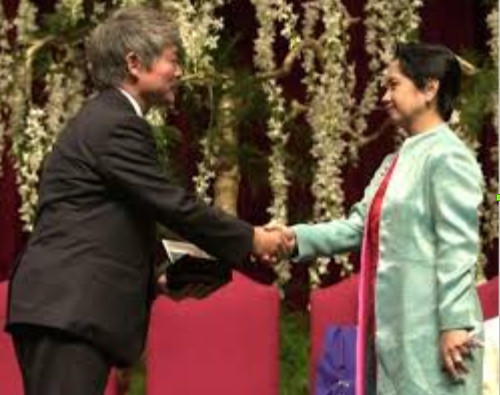 Winner of the Ramon Magsaysay Award, Asia’s ’Nobel Prize’, Dr. Nakamura spoke in a 2006 lecture of his early treks across the Hindu Kush as a young physician, to provide leprosy treatment for patients in far-flung villages. He recounted one incident at 2,800 meters altitude, when villagers on meeting him for the first time asked if he were French—he was simply the first foreigner they had ever met, so they randomly chose a country. Once they learned he was Japanese, though, they opened up, adopting him as their own. He wrote movingly of many such encounters in which desperately poor and mostly illiterate villagers nonetheless ‘…also knew about Hiroshima and Nagasaki. Everywhere I went, no matter how deep in the mountains, villagers knew these things. I believe their respect toward Japan comes from the fact that they too have experienced misery through western domination and that they have been deprived of (a) peaceful life by that’.

Where he differed even more from the run-of-the-mill development projects was in his utter and absolute sensitivity to questions of culture and human dignity—maybe a particularly strong Japanese trait. He even mobilized funding to build mosques and madrassas, convinced of the folly of ignoring ordinary Afghans’ culture and traditions. What is wrong with building madrassas he would argue, if it helps keep the peace, and allows children to learn to read and write—just like Japan’s old terakoya—temple schools?

Dr. Nakamura’s foresight in anticipating the ravages of climate change in Afghanistan and across the region proved prescient, putting to shame so many expensive international development projects and transient expert opinions unfit to that country’s immediate priorities. Earlier than most he foresaw that less and less snow in the Hindu Kush mountains meant worsening drought, wasted farmlands, poor and displaced farmers turned into refugees, with the Taliban militants often providing the last sources of employment, food and dignity. Between 2003 and 2010 his Peshawar-kai and thousands of villagers alongside Afghan and Japanese volunteers rallied, to create more than 24 kilometers of irrigation canals that brought water to almost 16,000 hectares of farmland, ultimately feeding more than 600,000 Afghans. To see the images of that transformation—desert plains returned to fertile life, irrigation canals lined with willow trees and their powerful protective roots–is to believe again, as my friend Sokout wrote, in humanity. 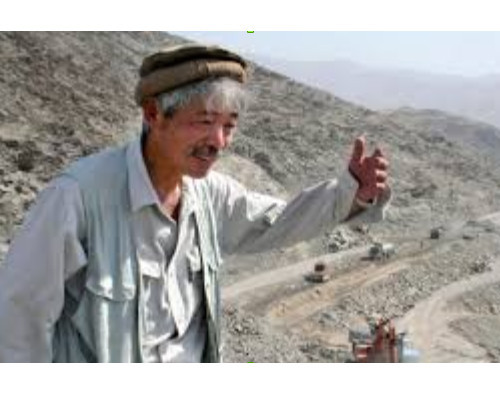 In contrast, since the beginning of the War on Terror in 2001, the United States alone, according to its own Special Inspector General for Afghanistan Reconstruction, has spent close to 760 billion US dollars on Afghanistan, with little to show for it. The independent Cost of War Project, at Brown University, considers this amount an underestimation, putting the figure closer to a mind-boggling two-trillion US dollars in an abortive effort that has beome the longest war in US history. To compare these expenditures with the modest sums that Dr. Nakamura’s projects used, and to observe the results, is to face the massive failure of the US war machinery and maybe even the international development apparatus. The recently released The Afghanistan Papers paint an even darker picture—not just of how much lives and treasury were wasted in Afghanistan, but also how willfully they seem to have been wasted.

Dr. Nakamura understandably despised the War on Terror, the damages of which he saw at close range, frequently at great risk. Some of his rare harsh public comments were against the monstrosity of military campaigns against Afghan villages—the earlier Soviet ones, and the more recent American ones. When in the aftermath of September 11, 2011 the United States military started bombing campaigns, he publicly stated that bombing Afghanistan for whatever reason before the onset of winter was a criminal act. Twice, while they were hauling massive boulders to create the irrigation canals, he and his co-workers were mistakenly shot at by US military helicopters. He wrote later of that experience: ‘They flew in the skies, to kill—while we labored on the land, to live.’ His revulsion at the cruelty and absurdity of war was visceral, and very personal. He wrote in the Okinawa Times in 2003 ‘One of my uncles died during the battle of Okinawa….The sentiment of mourning for loved ones is the same in Afghanistan. Numerous Afghan children have been killed by aerial bombings, including cluster bombs, dropped by the American military. In the chaos of war, food shipments were held up, which led to starvation and death’.

On one distinct and now in hindsight painful occasion this year I missed being in the presence of this diminutive giant. It was August 26, and I was in Tokyo briefly, having spent the day consulting with numerous Japanese and Afghan experts about a botanical garden initiative our volunteer group was envisioning for the ancient Afghan city of Herat. That very evening partners at Shizenkan University were hosting Dr. Nakamura, who was in Japan for a series of lectures about his decades-long work. He was truly an encyclopedia for any development or greening project in Afghanistan, and I wanted to seek his advice for our botanical garden plans. But I did not feel ready yet—our ideas were still too vague and scattered. I thought it would be wiser to consult him once our plans had matured. That chance is now lost forever. If anything I feel, alongside so many Afghan friends, that the only way to atone for his death is to continue fighting for his legacy and his vision. I hope to see the day when the first botanical garden of Afghanistan will be named in his honor. 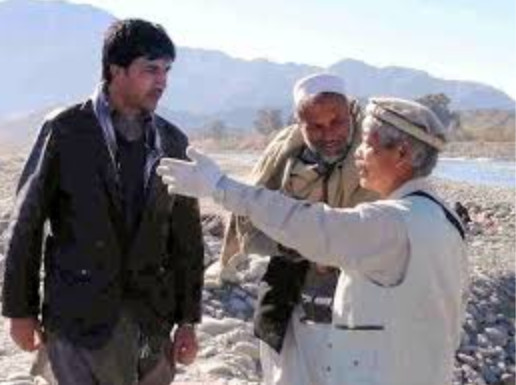 With his traditional Afghan wool cap, his shabby overalls and his bushy mustache—so common among Afghan men—Dr. Nakamura, this most humane of humanists, fully lived up to his name. The Chinese character of his given name, Tetsu 哲is used in the word for philosopher, and his family name, Nakamura 中村, translates into ‘middle of the village’. Dr. Tetsu Nakamura was a true philosopher, embracing action and standing till the end right in the middle of his beloved Afghan villages—this was how he lived, worked and died. Afghanistan, and the rest of us, have lost a true treasure.

An earlier version of this article was published by the Hiroshima Peace Media Center of the Chugoku Shimbun.