Nationhood and the deadly incarceration pandemic of our First Nations people 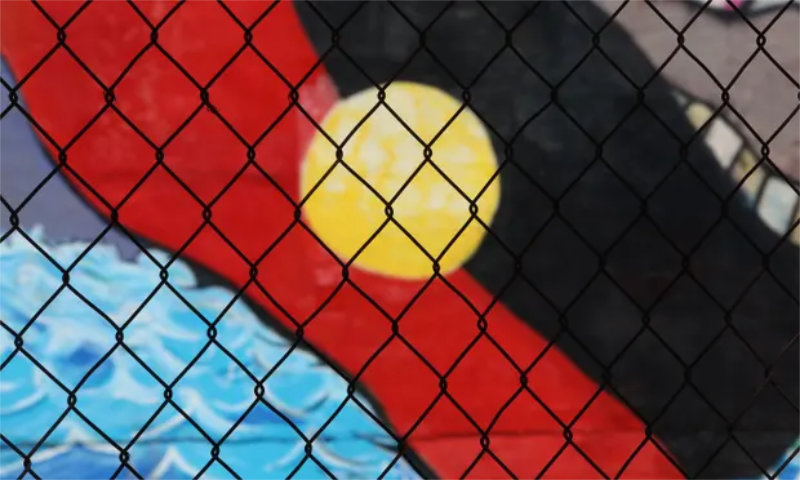 “For the vast bulk of our people the legal system is not a trusted instrument of justice. It is a feared and despised processing plant that propels the most vulnerable and disabled of our people towards a broken and bleak future.”

It was the best of times; it was the worst of times. Australia in 2021 is a Dickensian periodical morphing into a ‘choose your own adventure’ where the state of things is entirely open to your own worldview.

Now three months in, it is hard to fully appreciate or absorb the scale of change and the import of each new headline. The significance of each event ramps up drastically if you are Indigenous, female, or a ‘leaner’ dependent on the social safety net. Ok, so maybe not the best of times at all (unless you are a large corporate able to scoop up millions of dollars in government largesse).

While it is understandable to be consumed by the drama of slow vaccination rollouts, rapid covid outbreaks, sexual abuse scandals, and the return of the perennial Australian favourite soap opera that is our football seasons (pick your code here or here), it is sadly all too easy to have missed that in the same period a spate of First Nations deaths in custody has been reported, in the macabre irony that we are nearing the 30th Anniversary of the Royal Commission into Aboriginal Deaths in Custody (RCIADIC).

Thirty years, a generation of time has come and gone since the Royal Commission released its seminal report in 1991. The issue of deaths in custody, as much as any other critical fault in the relationship between the First Nations Peoples of Australia and the Commonwealth ‘State’ – be it closing the life outcomes gap, the insidious poison of racism or the hard slog for land rights – it is the horror of seeing the industrial scale incarceration of Aboriginal and Torres Strait Islander peoples that reveals the continuing schism at the heart of our continent.

The Royal Commission report produced 339 Recommendations that have largely been ignored or only partially implemented, despite Government attempts to suggest otherwise.

“For the vast bulk of our people the legal system is not a trusted instrument of justice. It is a feared and despised processing plant that propels the most vulnerable and disabled of our people towards a broken and bleak future.”

Dodson was dubbed the ‘Father of Reconciliation’ in Australia as he led the initial effort to see formal reconciliation in the 1990s – he must think that title is a sick joke now. What would he say differently to five years ago, or 30 years ago?

The Federal Government has failed to even keep an accurate count of how many Aboriginal deaths there have been under the care of governments since the Royal Commission report. Most of the current public estimates have the deaths of Aboriginal and Torres Strait Islander peoples in custody at 455+ but the actual number is likely to now be over 500 deaths. If it was 99 Aboriginal deaths in the decade preceding the Royal Commission that instigated that inquiry, what does another 500 deaths provoke?

And it isn’t just the Federal government that is failing so miserably. The Northern Territory’s Gunner Labor government is continuing to wind back its initial reforms and commitments to fix its juvenile justice system that led to the horrific images of young black kids being tied to chairs, forced into ‘spit hoods’, being tear-gassed and stripped naked.

The subsequent Royal Commission, led by former Social Justice Commissioner Mick Gooda and former Supreme Court of QLD Justice Margaret White, made hundreds of recommendations to try and protect young Indigenous kids in the NT. Responding to the recent announcements of the Gunner Government to persist with the failed policies posing as ‘tough on crime’, Mick Gooda said:

“I don’t know how they actually get up and look at themselves in the morning when they’re reminded of those commitments they made.”

Once again, the commitments and promises of the governments we elect aren’t worth a dime. It takes a special kind of shamelessness to be able to look at yourself in the mirror and be ok with what this level of failure and cynicism looks like.

Which brings me to the ideas of Nationhood and Recognition.

How do we settle on our collective sense of nationhood, and reconcile the truth of our colonial past (and present) when the lived reality is that Aboriginal and Torres Strait Islander peoples continue to live in a very different Australia?

I reflect on the current and profound public discussions about how the Voice to Parliament, first called for in the Uluru Statement from the Heart nearly 4 years ago, is to be honoured. The organisation that I lead, ANTaR National, has joined with many other First Nations Peoples and non-Indigenous allies in writing submissions to the Voice Co-Design consultation.

The last count was 660 submissions made in response to the Interim Report and my guess is that the vast majority of the submissions will ignore the narrow terms of reference and make clear that the Voice must be enshrined in Australia’s constitution to break with the failure of past attempts.

In a speech given at the National Museum in Canberra last month, Australia’s best orator, Noel Pearson, spoke as directly as ever about the need for placing recognition and putting Voice right at the heart of the Constitution:

“It has been such a long road with many twists and turns and seemingly endless miles of procedure and process that we can be forgiven for having sometimes lost sight of what we are doing. Let me refresh our memories and identify what this is all about: it is about recognition.

It was and is not about the legislative enactment of a voice to parliament by itself. It is about the recognition of Indigenous Australians in the Constitution, which empowers the parliament to legislate the voice to parliament as the means by which Aboriginal and Torres Strait Islander people are recognised in the nation.

The necessity of recognition still remained well after the centenary of federation. This lacuna still remains today. We are a nation that does not recognise its Indigenous peoples.”

Thirty years on from the Royal Commission, 54 years since the Referendum, 120 years since Federation and 233 years since colonisation and dispossession began – to borrow from Whitlam, ‘it’s time’.

First Nations Peoples have said that for recognition they need a Voice, and that Voice must be held in the esteem worthy of the people it speaks for. Recognition is the act of acknowledging, hearing the Voice of those that you would otherwise misunderstand and ignore. The truth is our reluctance to recognise has always been about shame and denial – ours. In our shame, we deny the truth of this Commonwealth’s beginnings. Giving place to a First Nations Voice in our Constitution will begin to address the shame and undermine the denial.

A final point about the question of our Nationhood. It was also in February this year that the Federal Parliament’s Legal and Constitutional Affairs Reference Committee, without any fanfare, released their report on Nationhood, National Identity and Democracy. The report runs to 260+ pages and has 18 recommendations covering everything from education on civics and history to migration research, Parliamentary Science Offices, electoral reform, media strategies to combat fake news and vague ideas around strengthening our democracy.

The Committee, chaired by Labor’s Senator Kim Carr (leader of the Left in Victoria) and, until recently, the Liberal’s Senator Amanda Stoker (definitely conservative rather than the moderate camp), decided to run this inquiry as another rerun of the culture wars that have been ebbing and flowing for decades.

The Report includes bipartisan support for a recommendation (5), first advocated for by Noel Pearson, that:

“The Australian government adopts the ‘three great streams’ model as a powerful and inclusive image of Australian nationhood, and as a way of telling Australia’s national story that offers dignity and respect to all Australians.”

Those ‘three great streams’ representing the coming together into a single narrative are the “ancient Indigenous heritage, which is its foundation; the British institutions built upon it; and the adorning gift of multicultural migration”. Genuine recognition of the first stream allows for a freer celebration of the latter two.

The 15th of April will mark 30 years since the Royal Commission into Deaths in Custody. Perpetuating deaths in custody cannot be the measure of our Nationhood and the outcome of our values.