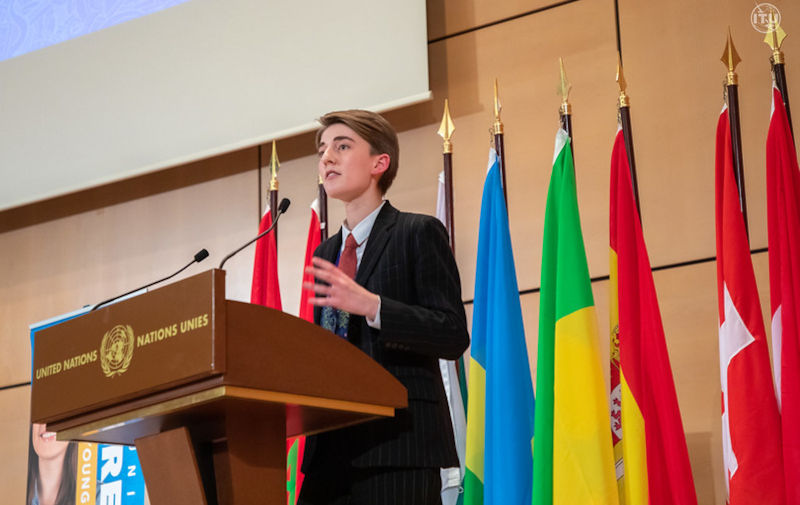 If young people are the visionaries––as they certainly appear to be––then it’s time to confront our cynicism. Image: Flicker / ITU Pictures

Humans are not built for long-term thinking. Our daily routines, our social lives­­––and especially our electoral cycles––are all geared towards the here and now. The immediate problem. The quick thrill.

Humans are also, though we’re reluctant to admit it, very frightened of change. It is largely for these two reasons that we have been so slow to act on the climate emergency, why talkback radio and ‘news entertainment’ programs are flooded with fools who, at the time of writing, are trying to convince their viewers that the COVID-19 outbreak is a left-wing conspiracy (isn’t the left too busy with their evil pizza parlours and war on Christmas?), and why, inevitably, the fault line in these debates will be generational.

Many have criticised Greta Thunberg for her precociousness and her so-called ‘performativity’, as though a young person doesn’t have the right to be as opinionated as the elder statesmen who smirk and condescend. Many have said that the young members of Extinction Rebellion should be in school, where presumably their respect for the scientific method and evidence-based learning will be drummed out of them. I trust schools to be better than that.

A lot is being said about young people knowing their place and leaving the activism until they graduate. What isn’t being said is that the young cannot afford short-term thinking, and they cannot let fear prevent them from acknowledging that change is happening whether their parents and grandparents accept it or not. Change is evident in the catastrophic fires that blackened Kangaroo Island. Change is evident in the floods sweeping through Queensland and New South Wales. Change is manifest in this global pandemic that has exposed the inability of conservative governments––arrogant, dismissive, obsessed with vanity submarines and budget surplus––to respond competently, let alone effectively, to a crisis.

Watching the debate about the Great Barrier Reef has been especially heartbreaking. Somehow the discussion is focused on the way the tragedy is categorised…not on the bleak reality of bleached coral, the decline of marine species and the rotting of a natural wonder. It’s as though we believe that denying the problem really will make it go away. Our region cannot afford that kind of senility.

The failure is absolute. Is it any wonder that our children have lost their patience?

I was raised to respect older people and was initially unsure when #OKBoomer came to mainstream prominence in early 2019 after cooking away in Reddit forums for many years prior. It raised a knowing smile, maybe even a chuckle…but I’ve always felt, and written, that intergenerational solidarity should be the way forward. Time, however, is of the essence. Politeness won’t solve the major issues facing our species and our world.

Increasingly, I’ve witnessed the frustration of younger people, including the students I teach, when dealing with their petulant elders. As I blow out the candles on four decades, I count myself among those who’ve been too proud, too vain, and too comfortable to appreciate the legacy of apathy we’re all leaving behind. The hostility––and, indeed, the ageism––is directed at the young, as they are told to be grateful, to be humble, and ultimately to be silent about the things that impact their future…much more than ours. Our refusal to take responsibility is unsustainable. It is also cruel. It is also deeply, deeply foolish.

In his brilliant piece Why Fascists Never Think They’re Fascists­––but Victims and Heroes: The Psychology of Neo Fascism (which I must’ve retweeted more than a hundred times) Umair Haque paints a vivid and disturbing picture of the underlying insecurity and perpetual ‘victimhood’ that characterises the contemporary fascist: ‘He cannot win the moral crusade by taking on his true oppressors—capitalists, robber barons, and so on—but he can subjugate and do great violence to those weaker than him. So they are the natural targets which are unconsciously chosen—never, not once, anyone stronger than him: only ever weaker, and that is the great giveaway that there is a process of unconscious projection happening—because how can anyone less powerful than you really ever be your oppressor much less a monster with supernatural powers to destroy you?’

The comments section that follows Haque’s writing is a masterclass in both irony and hypocrisy, underlining the vast political divisions currently splitting our globe, wherein fascists can accuse antifascists of fascism without a trace of self-awareness. What resonates even more strongly—in the context of the environmental movement—is the absurdity of established political, media and business leaders with a wide-reaching and affluent base believing themselves to be the ‘victims’ of emerging grassroots protestors. In what Haque calls a ‘a bizarre, mirror-world, where everything is upside down and backward’––as ludicrous as Melania Trump standing against online bullying––those that attack the young for speaking out do so while claiming that they are the sufferers. They are the maligned, the defamed. They are the ones being oppressed and mistreated, while waggling their fingers at the ‘undisciplined’, ‘naïve’ and ‘inexperienced’ young who are ‘speaking out of turn’ and daring to cause offence. It’s like Cronus complaining that eating his children gives him indigestion. The whole act is getting tired.

Given a choice between experience and competence, I’ll take the latter. In the scale of offence, I’ll take precocious Greta Thunberg over on-again/off-again Australian Senator Malcolm Roberts haughtily asserting that there is no empirical evidence for climate change while Professor Brian Cox literally throws it at him. More pressingly, if our society is being torn between fear of change and objective critical thinking, there is no legitimate contest. We need to stop attacking the messengers because they happen to be young…and a little ruder than we’d like.

Similar to the fascist mentality Haque describes, where the oppressor identifies as victim, is the projection we see when deniers accuse their opponents of ‘zealotry’ while reframing themselves as ‘sceptics’. The opposite is, of course, not only true but glaringly obvious. Those who accept science are the anthesis of zealotry, while those who cling to their own subjective feelings and beliefs in the face of overwhelming evidence are following an inflexible––even cultish––dogma.

As a playwright, there is an accepted norm one must follow favouring what may be loosely termed ‘dialectical thinking’. Common wisdom dictates that you’re better off presenting conflicting characters, in dialogue, and allowing an audience to weave between the arguments and reach their own conclusions, rather than hammer them all into a daze or shove unpalatable ideas down their throats. The same approach is taken up by panel shows and, perhaps worryingly, news reports. This is how we get scientists using evidence to explain why overfishing will have disastrous consequences, followed by fisherman complaining that…well, they like to fish. But there is a point when fiction must give way to fact. When evidence must be given weight over opinion and possible offence. On the issue of climate change, the time for indulgence, for dialogue, for the illusion of balanced debate and placating the self-branded ‘victims’ has long expired. Coming to terms with that takes courage. It takes long-term thinking.

In her article ‘Climate Change and the Impact On Young People’ in the British Journal of School Nursing (2019), Stephanie Enson sums up the great mistake of history:

“Clearly blinded by the glory of the scientific and industrial era, oblivious to the long-term consequences of our actions at that time, we also neglected to heed the warnings issued by later visionaries, thinkers and scientists of their day. Time has now run out for any further delay in this regard”.

If young people are the visionaries––as they certainly appear to be––then it’s time to confront our cynicism, put fear and ego aside, and heed their warning. For the sake of our region, and their future, we must swallow our pride.

Tomorrow belongs to the brats. 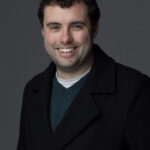 Alex Vickery-Howe is an award-winning playwright and emerging novelist. In 2008 he made his writing debut with Once Upon a Midnight, a bilingual, bicultural horror rock musical. The show opened in Okinawa, Japan, before selling out again at the Adelaide OzAsia Festival. Since then, he has written for the stage in partnership with a number of theatre companies. His plays Out of the Ordinary and Watchlist are available from Currency Press. He holds a PhD from Flinders University, where he teaches across Creative Writing, Screen and Drama.