NBN-Up the Creek without a Plan

The NBN, in its present form, will not be able to deliver the digital future that Australia deserves and needs.

The Government and NBN Co executives have recently indulged in much self-congratulatory rhetoric about how the NBN has been delivered on time (June 30, 2020). And how it is providing Australian Internet users with the broadband Internet services they need under the strain of the extra network traffic caused by Covid-19.  Unfortunately, the stark reality is that the quality of Australia’s fixed-line broadband Internet services falls well behind that enjoyed in many other nations.

Ten years ago, when the Rudd Government established NBN Co, Australia ranked around 40th in the world on Ookla’s broadband speed scorecard and was steadily moving downwards the speed rankings as other countries rolled out advanced broadband access networks. The Rudd Government charged NBN Co with rolling out a state-of-the-art Fibre to the Premises (FTTP) network that would provide a quantum leap in broadband capabilities and provide a network that was easily upgradeable as broadband demands increased.

However, the Abbott government scrapped the FTTP plan and replaced it with a sub-standard combination of technologies, predominantly with Fibre to the Node (FTTN), which is limited in its capabilities and not easily upgradeable. Ten years later, Australia finds itself in a diabolical situation. The Nation’s downward slide in the global speed rankings has continued and today Ookla places Australia at 63th in the world. Unlike the Rudd Government ten years ago, the present Government appears to have no plan to fix the problem.

The Government and its supporters continue to assert that the average Australian does not really need or want more than 50 Mb/s download speeds. But not all Australians are average, and there is plenty of anecdotal evidence that many families and small businesses have found their service inadequate in recent months.

The Government also points out that many NBN customers have opted for lower-speed plans rather than the higher-speed 100 Mb/s option. It is certainly true that if many NBN customers were connected to 100-Mb/s services, the Australian position on the Ookla global speed rankings would improve somewhat. But here is the rub – because of the poor performance of FTTN, customers who are distant from the nearest node simply cannot get those higher speeds. As a result, retail service providers such as Telstra are refusing to offer the higher 100 Mb/s speed.

Why is there no plan to get us out of this mess? The nub of the problem is that a large sum of money has already been spent on the obsolescent FTTN technology that other countries have bypassed or replaced. The network is not fit for purpose. But there is little appetite (or budget) to throw good money after bad.

With the online retail, telecommuting, e-health, video conferencing online education, and streaming services consuming ever-higher bandwidths, there is arguably an even greater need for improved broadband in Australia that there was ten years ago. Many people plan to continue to work from home post-Covid-19 and operate businesses from home. This will be the new normal. How can this impasse be resolved?

There are no easy answers, but one approach may be to rely on local initiatives to upgrade FTTN to FTTP or FTTC. This could be done via the NBN Co Technology Choice Program. Local government would be in a position to facilitate this process. The main problem would be the additional cost to the consumer, and it is likely that it would happen only in wealthier areas, thereby increasing the so-called digital divide – something that the NBN was originally intended to help overcome.

Another possibility is to integrate the NBN with the 5G network. Future 5G services could be a threat to the NBN in areas where the maxim speed available on the FTTN network is less than 50 Mb/s. But if the FTTN network in those areas was upgraded to FTTP the two technologies could complement each other and the fibre infrastructure and other useful assets such as powered nodes could be used to support 5G and bring in extra funding to assist with the upgrade. Any scheme along these lines would probably require a change in the terms of the agreement that gives NBN Co access to Telstra’s ducts and pits. This could turn out to be a roadblock.

There has been much discussion in various fora about the desirability of NBN Co being sold to a commercial entity. The conundrum is that lacking any competition, the company that buys NBN Co may have little incentive to undertake a major upgrade of the network. This brings back visions of the late 2000s, when the incumbent, Telstra, and the Government were in open warfare over the future of broadband in Australia. Telstra had no viable competition, and this eventually led the Government to lockout Telstra and set up NBN Co. It would be a travesty if NBN Co was sold to a monopoly enterprise and if history were to repeat itself in this way.

There is little doubt that the coronavirus has further stimulated broadband usage in Australia, and it is unlikely that this new appetite for broadband services will wane. Australia has never been more in need of upgrades to its broadband infrastructure, but I fear that we have a long wait ahead of us. The Rudd Government’s plan for a truly world-class national broadband network was visionary. The reality of the current NBN is a world away from that vision. 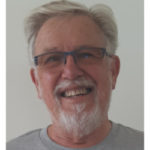 Rod Tucker is Laureate Emeritus Professor at University of Melbourne.