NDIS: What do soaring costs tell us? 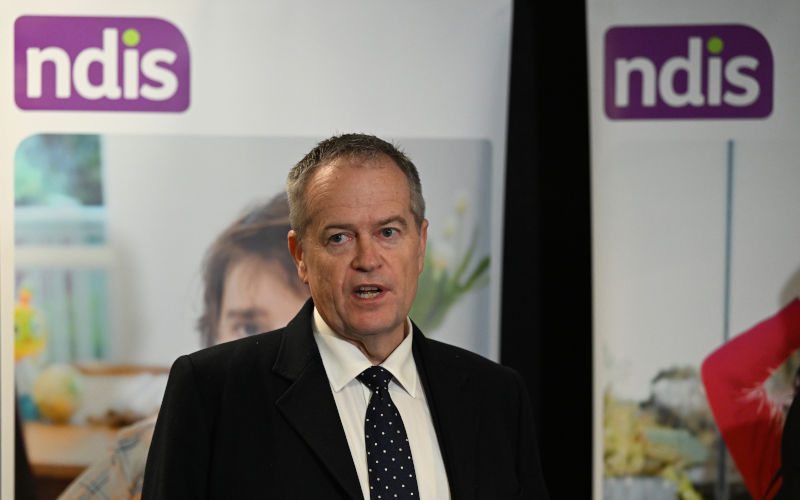 The budget has seen shock headlines about the increase in NDIS costs. The AFR screamed in its headline “…the NDIS will blow out to $50 billion”. It didn’t mention that this was in nominal terms – but the real increase of 17% over the next four years is serious enough.

The NDIS is not alone in seeing a rapid increase in real resources. The Aged Care Services program is also set to increase by 17% in real terms as support for residential care standards is boosted.

By contrast age and disability support pensions are expected to increase only by 8.5% and 5.3% in real terms. The higher growth in age pensions is a function of the ageing of the population.

The NDIS frightens our budget makers so much because it’s a rights based program. In a sense the NDIS budget is driven, plan by plan, from the bottom up. If client centred plans are rejected there are legal avenues to appeal. And the legislation, which in most parts honours the rights based Convention on the Rights of People with Disabilities, allows plenty of room for legal dispute. It is a Scandinavian or European approach to a welfare safety net.

This contrasts with Australia’s conventional approach to welfare support which is to set the budget from the top down – rationing access through waiting lists, placing limits on supports and requiring co-payments to control demand and fit the overall costs within the government’s priorities. This is the aged care model which limits the number of places by level of support, caps the total value of support provided per individual, and requires a co-payment on the basis of an income test.

This is why the government is so bitterly opposed to any extension of the NDIS to cover those who were 65 and above when NDIS was introduced, or those who become disabled at 65 or after. As I have previously pointed out there is a considerable probability that this particular example of blatant age discrimination will be declared unconstitutional by the High Court, because the discrimination is inconsistent with the treaty on which the NDIS legislation is based. The class action launched by Mitry Lawyers and headed by Bret Walker SC is gathering pace with approaching 500 potential litigants already listed while active negotiations with litigation funders proceed apace. Minister Bill Shorten is alleged to have told a questioner that the Commonwealth will only lift the 65+ ban if the High Court tells it to.

Why has the NDIS grown so much faster than expected?

The growth has largely been driven at the other end of the age spectrum by the increasing numbers of young people with autism entering the scheme – one in three NDIS recipients, and over 60% of 7-14 year olds in the scheme, receive support for autism. Of course some of this was anticipated when the scheme was established, but much of it has reflected improved diagnostic identification of children with developmental needs. These needs are real and if they were not met through the NDIS they would need to be addressed elsewhere.

The rapid increase in this cohort of children with NDIS plans reflects a catch up on a long neglected backlog of need. It is unlikely to continue to grow at a rate substantially faster than the population between 7-14.

By focusing solely on gross NDIS expenditure we suppress the level of resources previously provided by other programs, carers and families to support people with disabilities. We also ignore the costs to the community of work foregone by families and carers. This issue of the shifting of the support responsibilities between programs as well as between the states and, for that matter parents and carers, and the Commonwealth is also an important part of the growth in NDIS expenditure – and a reason not to exaggerate its net cost on the economy.

For example the NDIS has accepted the burden of care of many of the severely disabled who were previously supported by the states or in the hospital or nursing home systems. Similarly there were pre-existing state and Commonwealth funded programs covering autism. These supports have been effectively subsumed by the NDIS. For a more accurate assessment of the cost of the NDIS they should be netted out. When the NDIS costs were assessed by the Productivity Commission in 2017 it noted an estimate by the Commonwealth Actuary that, allowing for these reductions in expenditure under other programs, the net additional costs of the NDIS were about half their gross costs.

So in looking at the more extravagant longer term projections of NDIS costs and forecasts of fiscal disaster it is important to understand that growth rates in the diagnosis of autism are unlikely to be maintained at the levels of the past few years and that the net cost of the NDIS to the budget and the economy is very much less than its gross cost – even without allowing for its benefits.

That said, it is understandable that the government is anxious to get a better handle on NDIS costs. It has appointed Bruce Bonhady, the inaugural chair of the NDIA, and Lisa Paul, formerly a top public servant, to co-chair a review of the NDIS by October next year. Among its comprehensive terms of reference, replete with emphasis on putting the needs of the disabled at the centre of the NDIS, there is a requirement to look at the fiscal sustainability of the scheme, including the longer term fiscal trajectory as well as financial risks and the drivers of cost pressures, and the most appropriate levers to manage these risks and cost pressures.

In announcing the review, Minister Shorten highlighted waste, inefficiency, red tape and fraud as lying behind cost increases. But he also added that “To be colloquial, if you’re tertiary educated, white and middle class, you know how to use the Scheme. But if you’re not in one of those more advantaged groups, equity becomes an issue. I think there (are) improvements we can make in the cost drivers of the Scheme..”. Is this a hint that he expects the review to canvass the extension of income conditioning/co-payments to the NDIS?

Irrespective of the recommendations of the review, we are likely to be heading for an additional expenditure of around 1.5-2.0% of GDP on aged and disability care over the next decade. This reflects community expectations and the likely outcome of the High Court action on the access of people with disabilities aged 65+ to the NDIS, as well as the growth in the number and proportion of older Australians,

There is no room to displace other expenditure in a budget already under pressure on defence, interest payments, natural disasters and to meet our climate goals to enable this lift in expenditure. We can’t knowingly increase our fiscal risks by deepening debt. We need to look urgently at increasing taxes.

Lord Mervyn King summed it up crisply albeit in reference to the UK – you can’t have EU level welfare benefits on US level taxes. 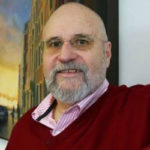