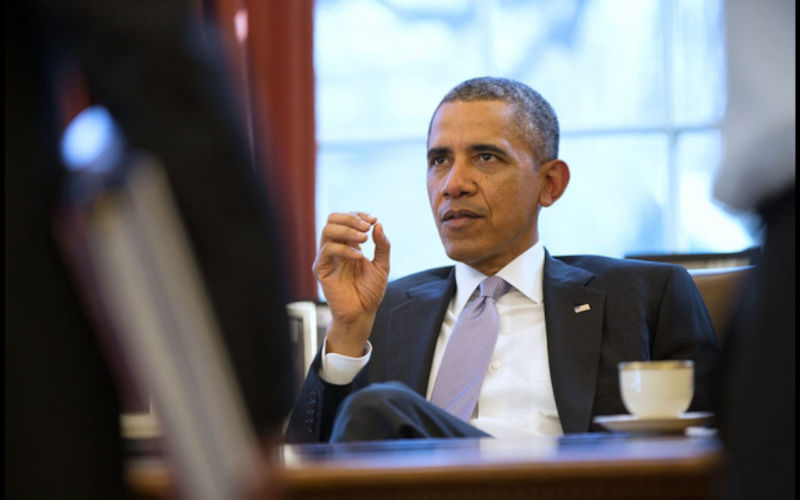 Exclusive: American neocons helped destabilise Ukraine and engineer the overthrow of its elected government, a “regime change” on Russia’s western border. But the coup and the neo-Nazi militias at the forefront also reveal divisions within the Obama administration, reports Robert Parry.

More than five years into his presidency, Barack Obama has failed to take full control over his foreign policy, allowing a bureaucracy shaped by long years of Republican control and spurred on by a neocon-dominated U.S. news media to frustrate many of his efforts to redirect America’s approach to the world in a more peaceful direction.

But Obama deserves a big dose of the blame for this predicament because he did little to neutralise the government holdovers and indeed played into their hands with his initial appointments to head the State and Defence departments, Hillary Clinton, a neocon-leaning Democrat, and Robert Gates, a Republican cold warrior, respectively.

Even now, key U.S. diplomats are more attuned to hard-line positions than to promoting peace. The latest example is Ukraine where U.S. diplomats, including Assistant Secretary of State for European Affairs Victoria Nuland and U.S. Ambassador to Ukraine Geoffrey Pyatt, are celebrating the overthrow of an elected pro-Russian government.

Occurring during the Winter Olympics in Sochi, Russia, the coup in Ukraine dealt an embarrassing black eye to Russian President Vladimir Putin, who had offended neocon sensibilities by quietly cooperating with Obama to reduce tensions over Iran and Syria, where the neocons favoured military options.

Over the past several weeks, Ukrainian President Viktor Yanukovych was undercut by a destabilisation campaign encouraged by Nuland and Pyatt and then deposed in a coup spearheaded by neo-Nazi militias. Even after Yanukovych and the political opposition agreed to an orderly transition toward early elections, right-wing armed patrols shattered the agreement and took strategic positions around Kiev.

Despite these ominous signs, Ambassador Pyatt hailed the coup as “a day for the history books.” Most of the mainstream U.S. news media also sided with the coup, with commentators praising the overthrow of an elected government as “reform.” But a few dissonant reports have pierced the happy talk by noting that the armed militias are part of the Pravy Sektor, a right-wing nationalist group which is often compared to the Nazis.

Thus, the Ukrainian coup could become the latest neocon-initiated “regime change” that ousted a target government but failed to take into account who would fill the void.

Some of these same American neocons pushed for the invasion of Iraq in 2003, not realising that removing Saddam Hussein would touch off a sectarian conflict and lead to a pro-Iranian Shiite regime. Similarly, U.S. military intervention in Libya in 2011 eliminated Muammar Gaddafi but also empowered Islamic extremists who later murdered the U.S. ambassador and spread unrest beyond Libya’s borders to nearby Mali.

One might trace this neocons’ blindness to consequences back to Afghanistan in the 1980s when the Reagan administration supported Islamic militants, including Osama bin Laden, in a war against Soviet troops, only to have Muslim extremists take control of Afghanistan and provide a base for al-Qaeda to plot the 9/11 attacks against the United States.

Regarding Ukraine, today’s State Department bureaucracy seems to be continuing the same anti-Moscow geopolitical strategy set during those Reagan-Bush years.

Robert Gates described the approach in his new memoir, Duty, explaining the view of President George H.W. Bush’s Defence Secretary Dick Cheney: “When the Soviet Union was collapsing in late 1991, Dick wanted to see the dismantlement not only of the Soviet Union and the Russian empire but of Russia itself, so it could never again be a threat to the rest of the world.”

Vice President Cheney and the neocons pursued a similar strategy during George W. Bush’s presidency, expanding NATO aggressively to the east and backing anti-Russian regimes in the region including the hard-line Georgian government, which provoked a military confrontation with Moscow in 2008, ironically, during the Summer Olympics in China.

As President, Obama has sought a more cooperative relationship with Russia’s Putin and, generally, a less belligerent approach toward adversarial countries. Obama has been supported by an inner circle at the White House with analytical assistance from some elements of the U.S. intelligence community.

But the neocon momentum at the State Department and from other parts of the U.S. government has continued in the direction set by George W. Bush’s neocon administration and by neocon-lite Democrats who surrounded Secretary of State Clinton during Obama’s first term.

The two competing currents of geopolitical thinking a less combative one from the White House and a more aggressive one from the foreign policy bureaucracy have often worked at cross-purposes. But Obama, with only a few exceptions, has been unwilling to confront the hardliners or even fully articulate his foreign policy vision publicly.

For instance, Obama succumbed to the insistence of Gates, Clinton and Gen. David Petraeus to escalate the war in Afghanistan in 2009, though the President reportedly felt trapped into the decision which he soon regretted. In 2010, Obama backed away from a Brazilian-Turkish-brokered deal with Iran to curtail its nuclear program after Clinton denounced the arrangement and pushed for economic sanctions and confrontation as favoured by the neocons and Israel.

Just last summer, Obama only at the last second reversed a course charted by the State Department favouring a military intervention in Syria over disputed U.S. claims that the Syrian government had launched a chemical weapons attack on civilians. Putin helped arrange a way out for Obama by getting the Syrian government to agree to surrender its chemical weapons. [See Consortiumnews.com’s “A Showdown for War or Peace.”]

Now, you have Assistant Secretary of State Nuland, the wife of prominent neocon Robert Kagan, acting as a leading instigator in the Ukrainian unrest, explicitly seeking to pry the country out of the Russian orbit. Last December, she reminded Ukrainian business leaders that, to help Ukraine achieve “its European aspirations, we have invested more than $5 billion.” She said the U.S. goal was to take “Ukraine into the future that it deserves.”

The Kagan family includes other important neocons, such as Frederick Kagan, who was a principal architect of the Iraq and Afghan “surge” strategies. In Duty, Gates writes that “an important way station in my ‘pilgrim’s progress’ from skepticism to support of more troops [in Afghanistan] was an essay by the historian Fred Kagan, who sent me a prepublication draft.

“I knew and respected Kagan. He had been a prominent proponent of the surge in Iraq, and we had talked from time to time about both wars, including one long evening conversation on the veranda of one of Saddam’s palaces in Baghdad.”

Now, another member of the Kagan family, albeit an in-law, has been orchestrating the escalation of tensions in Ukraine with an eye toward one more “regime change.”

As for Nuland’s sidekick, U.S. Ambassador to Ukraine Pyatt previously served as a U.S. diplomat in Vienna involved in bringing the International Atomic Energy Agency into a line with U.S. and Israeli hostility toward Iran. A July 9, 2009, cable from Pyatt, which was released by Pvt. Bradley Manning, revealed Pyatt to be the middleman who coordinated strategy with the U.S.-installed IAEA director-general Yukiya Amano.

Pyatt reported that Amano offered to cooperate with the U.S. and Israel on Iran, including having private meetings with Israeli officials, supporting U.S. sanctions, and agreeing to IAEA personnel changes favoured by the United States. According to the cable, Pyatt promised strong U.S. backing for Amano and Amano asked for more U.S. money. [See Consortiumnews.com’s “America’s Debt to Bradley Manning.”]

It was Ambassador Pyatt who was on the other end of Nuland’s infamous Jan. 28 phone call in which she discussed how to manipulate Ukraine’s tensions and who to elevate into the country’s leadership. According to the conversation, which was intercepted and made public, Nuland ruled out one opposition figure, Vitali Klitschko, a popular former boxer, because he lacked experience.

Nuland also favoured the UN as mediator over the European Union, at which point in the conversation she exclaimed, “Fuck the E.U.” to which Pyatt responded, “Oh, exactly …”

Ultimately, the Ukrainian unrest over a policy debate whether Ukraine should move toward entering the European Union led to a violent showdown in which neo-fascist storm troopers battled police, leaving scores dead. To ease the crisis, President Yanukovych agreed to a power-sharing government and to accelerated elections. But no sooner was that agreement signed then the hard-right faction threw it out and pressed for power in an apparent coup.

Again, the American neocons had performed the role of the Sorcerer’s Apprentice, unleashing forces and creating chaos that soon was spinning out of control. But this latest “regime change,” which humiliated President Putin, could also do long-term damage to U.S.-Russian cooperation vital to resolving other crises, with Iran and Syria, two more countries where the neocons are also eager for confrontation.

Investigative reporter Robert Parry broke many of the Iran-Contra stories for The Associated Press and Newsweek in the 1980s. You can buy his new book, America’s Stolen Narrative, either  as an e-book (from Amazon and barnesandnoble.com).