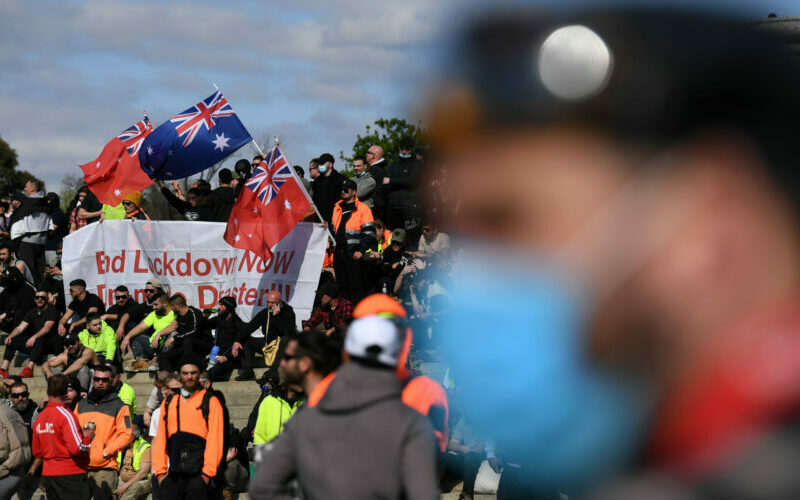 This economic fad is riddled with hypocrisy. The ‘government off our back’ brigade is quick to put their hand out to government when in trouble.

In simple terms I would describe Keynesian economics as economic management for the good of the community as a whole, with the government stepping in when needed and stepping back when not. I often use an orchard or stately avenue as an example, where in times of drought we step in and water the trees to keep them alive until the rains come, rather than take no action and risk that the trees will die. Examples during the pandemic include the diverse types of government bailouts and assistance via the RBA, tax relief, targeted government spending, free Covid testing and free vaccination.

I would describe neoliberalism as economic management for the individual person or entity, allowing markets to sort matters out, with minimal involvement from small governments. The Wikipedia link says that “it is generally associated with policies of economic liberalization, including privatization, deregulation, globalization, free trade, austerity and reductions in government spending in order to increase the role of the private sector in the economy and society.”

Following are several instances from the pandemic which illustrate the adverse results of neoliberalism in practice.

Quarantine problems in 2020 led to a four-month long lockdown in Victoria, exposing many failures with government. In this article from August 2020 about the impact of neoliberalism, we read: “For decades, advocates of the outsourcing and privatisation of public services have boasted of the cost savings of doing so. Today, we are counting the cost. We will be counting it for years to come.”

Reduction of society’s capacity to respond to epidemics

This article from July 2020 mirrors much of the above, from a global perspective. It analyses “how the neoliberal policies, such as the politics of austerity (with considerable cuts to social policy expenditures including medical care and public health services) and the privatization of health services, imposed by many governments on both sides of the North Atlantic, considerably weakened the capacity of the response to the coronavirus pandemic in Italy, Spain, and the United States.”

Neoliberalism, climate change and the pandemic

In February 2021, as the vaccine rollout was about to unravel, we read “the pandemic and climate change were created by the unconstrained economic growth that neoliberalism demands.” That action to prevent catastrophic bushfires is rejected by neoliberals as it will destroy the immediate economy despite “the infinitely greater cost of doing nothing”.

Neoliberalism, lack of risk management and the Omicron crisis

Only just over a week ago I wrote that in early December, I could not conceive how our federal government could stuff up its handling of the new variant. But here we are, in 2022, and our country – except for Western Australia – is numbed by the Omicron explosion.

That summary is given by Alan Kohler in Neoliberalism is at the heart of the Omicron shambles. where he questions why “governments, especially conservative ones, don’t do risk management?” He clearly illustrates the problems of not allowing for illness in the workforce, staff shortages and availability of RATs; that neoliberals take a similar approach to climate policy. And, importantly, he asks what risk management planning is being done for the next variant? His view is that Omicron is definitely not the last. And we can add that Covid is definitely not the last pandemic!

These few examples illustrate how major problems occur when we have smaller, marginalised public services, ineffective regulation, privatisation of essential services and outsourcing to the private sector. The elected governments fail to step up to the job, with their over reliance on short term policy advice from political staffers.

Hypocrisy and neoliberalism go hand in hand, with neoliberals always quick to put their hands out when they are impacted!

We have seen it during the pandemic where businesses, large and small, from airlines to private schools to cafés have quickly gobbled up any government offers, and then kept clamouring for more. Much assistance was rorted or badly targeted, with the most needy often missing out. While that has all kept the economy ticking along, once the pandemic is over, the neoliberal minded will revert to their self-centred demands for deregulation, minimal red tape, small government and lack of interference in all aspects of their businesses, including workplace practices. Back to the system and ideology that created much of the problem in the first place.

The supporters of the neoliberal approach seem to have a black and white approach to their entitlements and their role in society. How often do we hear a Coalition voter complain about the cost of welfare, then turn around and gloat how they avoid GST by paying their tradies in cash? Or those wealthy enough to have seaside houses wanting assistance when the sea has undermined their properties, all the time rejecting the need for climate change action? Or the non-unionists who take the spoils of higher wages and better conditions won through the work and funds of their unionised workmates?

And you can bet they will be putting plenty of water on their expensive gardens when there is a drought on and under strict water restrictions.

The federal government, it seems, wants to get the pandemic over so they can bow out and let the private sector have its way. Yet unfortunately we can’t rely on the private sector to do the right thing by the Australian public, given they have their own masters and owners, often overseas, to please with big profits.

The private sector does not have the wellbeing of Australians overall at heart. There are too many pointers that the Morrison government doesn’t either.