The issue of temporary skilled migration is again controversial, most recently following Kristina Keneally’s questioning of the size of all forms of migration. It shouldn’t be so. Properly managed, it remains an essential and extremely beneficial program. 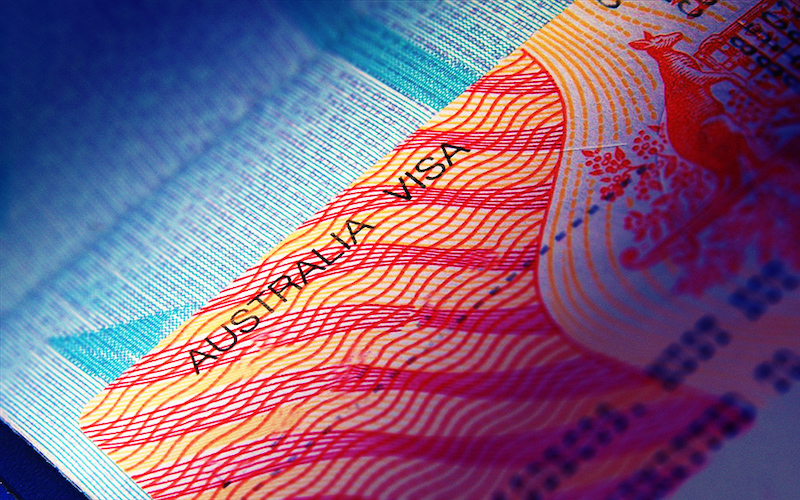 The subject needs revisiting because a country with a small population like ours will always have chronic skill shortages that cannot be met with our own people and our normal permanent immigration program.

I must confess personal bias! I had the privilege of chairing the committee that ushered in what became known as the 457 or Roach (Report) Visa in 1996.

The IT and construction industries are good examples of the challenge. Both involve large projects, which needing few resources before they commence, then a large, variable and unpredictable number during implementation, and only some of them after completion. The only economically viable solution to this complex problem is ‘just-in-time’ employment using countries, especially India and the Philippines, with far more abundant skilled resources of every conceivable type ready to travel overseas on a moment’s notice.

I must here declare possible bias. India is my country of origin and I am currently employed by Tata Consultancy Services, India’s largest IT company and the world’s largest provider of temporary skilled specialists.

The challenge for countries like Australia is how to ensure that the system is only used for bonafide purpose and isn’t rorted and allowed to destroy the integrity of our permanent migration program. The solution the 1996 committee proposed had three elements – restrict the program to highly skilled specialists only; thoroughly vet the sponsoring employer’s financial capacity and integrity; and monitor sponsors routinely, with severe penalties for any breaches.

A major strength of the report was the widespread support of different interest groups. For example, the committee included senior representatives of the largest users of the propped facility – the financial services, construction and IT industries – as well as the trade union movement. Most significantly, it enjoyed bipartisan support, having been appointed by Labor and then implemented by the Coalition.

The committee’s recommendations also placed significant local employment and training obligations on sponsors to prevent the 457 system from having adverse effects on Australian citizens and permanent residents.

The system was administratively simple and efficient. The overriding criterion for resolving issues was ‘benefit to Australia’. To assist a speedier process, a category of ‘pre-qualified sponsors’ was created for employers of substance and a proven track record of fulfilling their sponsorship obligations.

Another longer term side benefit of the 457 was that those coming here with it, became a valuable and cost-free source of permanent migrants with skills in endemic shortage in Australia.

There is no question that the 457 visa served Australia extremely well then and since. Almost immediately, it supported the urgent requirement for highly skilled specialists that resulted from the deregulation of financial services, the infrastructure and mining booms and the IT revolution, including the sudden, huge and uniquely temporary demand for specialists to address the Y2K problem leading into the year 2000.

Although a 457-like system will always be essential for the Australian economy, and some of its later incarnations remain in place, the current visas are far more restrictive, administratively cumbersome and involve significantly higher costs, effort and time. The primary reason for this is that many of the principles the original report required have gradually been watered down to the point where several of the benefits have been lost and numerous harmful side effects have become commonplace.

The cause and outcome of this malaise can both be blamed on the fact that the integrity of the overall temporary visa system has been compromised and fallen victim to large-scale rorting. It has degenerated to such an extent that many of the visas granted under it no longer meet the ‘benefit to Australia’ test.

So, what went so horribly wrong? Many things, but the most significant is that the skills required have been lowered to well below the ‘highly skilled specialist’’ level that the committee was asked to consider and scrupulously honoured and mandated.

Instead, the visa became a cash cow and, more insidiously, a tool to weaken unions and minimise wage growth for lower skilled workers in every industry. Suddenly, small traders, like corner shops or restaurants, started claiming the impossibility of finding workers in Australia who understood the subtlety and complexity of Indian spices or Asian cuisines! And, while sponsors, especially pre-qualified sponsors, rarely, if ever, used the visa to do personal favours to someone eager to come to Australia, it soon became an easy way for small, even micro, businesses to bring in relatives and friends in substantial numbers. Many applicants even bribed employers to sponsor them, effectively making them wage slaves, open to exploitation, even physical and sexual abuse.

Then, to raise even more revenue and in a half-hearted attempt to stop the most flagrant rorts, the visa fees were frequently increased and the process made increasingly complex for sponsors, visa applicants and the immigration department itself, causing the whole system to become bogged down in red tape, take much more time and work and impose far higher costs on everyone.

The pre-qualified sponsor category has disappeared. Most ironically, the large reputable employers the visa was originally designed for now have to employ many more specialists to navigate the system. Worse still, all sponsors were relieved of any obligations for local employment and training. The government forgot or deliberately ignored why the 457 visa was introduced in the first place.

The system is so broken that the only solution is to dismantle it completely and return to the original model very urgently. In the interest of fairness, lower-skilled workers already here and those with approved visas should still be allowed to stay or enter Australia and any applications submitted should be processed. But, apart from these exceptions, the letter and spirit of the original 457 visa should immediately be restored.