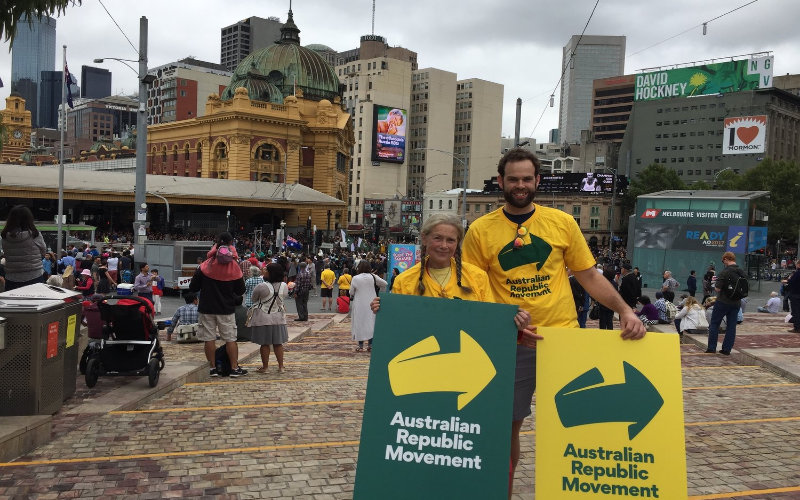 Other than allowing us to choose our head of state, the Australian Choice model leaves intact the Westminster system’s checks and balances.

There are now more than 25 million Australians. Some are descendants of those who’ve been here for many thousands of years, while the rest have come from all around the world. We are one of the most multicultural countries on earth and yet as a quirk of history we swear allegiance to the monarch from another land. One who few of us have met and not many more have actually ever seen, except on television once or twice a year.

What’s more, this distant monarch is allowed to choose who represents her here. Someone who can override the will of our democratically elected federal parliament. If this scenario was part of the script for a movie you could reasonably expect it to be set in an earlier century. It’s an olde worlde order that lingers in very few other places these days.

It’s time Australia had a head of state chosen from and by us.

It’s time we made some bold moves to set Australia up for another century or more of prosperity based on fairness, compassion and equality.

Arguing for a republic should not be politically divisive – it should be something that unites us and causes us to think about how we can create a better country for all.

This week the Australian Republic Movement released a model for an Australian republic. It is the result of more than two years of extensive research and collaboration with a wide range of stakeholders. It has been given the tick-of-approval by eminent constitutional lawyers and it is supported by politicians from across the spectrum.

Most importantly, it has been tested in extensive public opinion polling which concluded that 73 per cent of Australian voters would support this approach given the opportunity.

Under our proposed model each of the Australian parliaments nominate worthy candidates for this great honour. And, most importantly, every voting Australian will take part in an election to choose our head of state.

Our head of state will have no role in setting policy, or passing laws. The “Australian Choice” model ensures their role is ceremonial in nature, with limited defined powers in order to safeguard and maintain constitutional order – subject ultimately to the High Court. They will act on the advice of the government of the day in all but limited circumstances. They cannot dismiss a prime minister who enjoys the support of a majority in the House of Representatives.

Other than allowing us to determine who our head of state will be from time to time, the Australian Choice model leaves intact the Westminster parliamentary system, along with all of its century-old checks and balances.

Seeking to make this change is not a reflection on the performance of Queen Elizabeth, who must occasionally wonder why we haven’t sought to do this long ago. Nor is it an insurance policy against the potential for Prince Charles on his elevation to the throne to depart from his mother’s benign ruling. Yet, it is worth noting that in 1976 he wrote to Governor-General John Kerr supporting his dismissal of the Whitlam government. He’s certainly not who I want as head of state.

Making Australia a republic is simply about respecting the fact that few of us these days have any real connection with Mother England, and creating a new era in which all of us can feel comfortable about how our head of state is chosen. It’s about having one of us, chosen from among us, by us.

What we learnt from the 1999 referendum is that while there is considerable community support for a republic, many voters were not prepared to sign a “blank cheque” and leave it to others to determine how the new system would work. The ARM believes that another referendum will succeed, provided that everyone knows what is proposed.

This is just the first step. No doubt there will be much discussion in the coming months. Perhaps there will need to be some refinements, elaborations or explanations. But in the end, I for one look forward to turning 100 and receiving a letter from our head of state – someone I played a role in choosing.

Details of the Australian Choice model can be found here.

Laurie Patton is a prominent public interest advocacy and marketing/communications practitioner. He is a former political advisor, journalist and media executive. He is the NSW regional convenor for the Australian Republic Movement.