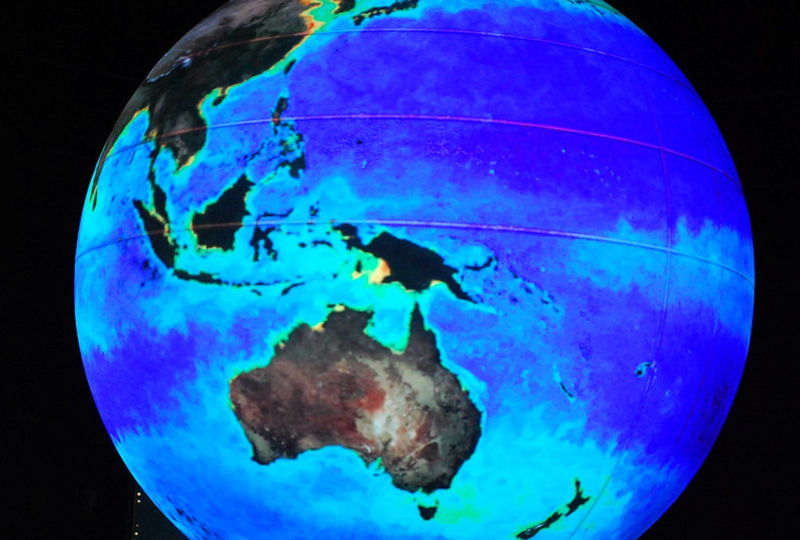 Having preened on the global stage for standing up to Beijing, the Morrison government has now been shown to have little influence in the region most crucial to our security.

The first is the inherent right of any country to make sovereign decisions in its own interest. Although acknowledged in the White House summary of the visit to Honiara by President Joe Biden’s Asia supremo, Kurt Campbell, one has to strain to hear Scott Morrison or his ministers enunciate this principle, one so relevant to all Pacific nations.

The second is that China has pulled off a most striking diplomatic development. It has established the legal right to send police and troops to protect its own citizens, as it sees them, regardless of how many generations they are divorced from residence in China.

The prospect of a Chinese military foothold of this kind is profoundly disturbing, touching on fears that have animated policymakers since colonial times: a foreign power occupying a strategic launch pad in the Pacific.

Yet again Canberra opts for hyperbole over cool rationality. It is now becoming commonplace for ministers to adopt a crude realism that, ironically, threatens to bring on the very circumstances they are trying to avert.

The timing of the announcement, on the cusp of Anzac Day and during an election campaign some are desperate to colour khaki, almost dictated that this troubling new development would be interpreted through the foggy lens of old battles.

Thus the deputy prime minister sees Cuba off the Australian coast. From the hot breath of the defence minister emanated more visions of the 1930s and Hitler’s rise. The minister for home affairs detects ‘‘political interference’’. Others re-fight the battle for Guadalcanal.

One analyst has described the agreement as a ‘‘historic day in the neocolonisation of the Pacific’’, the fulmination dripping with age-old condescension towards Pacific states. Another warned of a ‘‘domino’’ effect.

But the most egregious response was from the prime minister himself, clutching at a ‘‘red line’’. Morrison said he was following US policy, but senior US officials declined to endorse him. Indeed his comments probably intensified Washington’s annoyance at the government’s failure of intelligence and diplomacy.

For four years now, Australian leaders and ministers have been strutting the globe: an Antipodean colossus astride the front line of a ‘‘new cold war’’. Preening themselves for standing up to China, they have been shown to have little influence in the Pacific, the region of most vital interest to Australian security.

China’s Pacific presence has so often been framed in the media and by Australian politicians as a ‘‘threat’’. A recent study by Professor Joanne Wallis at Adelaide University found that the ‘‘prevalence of the threat framing’’ means Australian policies were frequently presented as a response to Chinese activity ‘‘rather than discussed for their own merits or with acknowledgment that they might have had different motivations’’, such as ‘‘the priorities and needs of the Pacific states’’. The result? Wallis shows that Pacific leaders believe this framing undermines their agency and autonomy, rendering the idea of a ‘‘choice’’ between the US and China inevitable.

The past, however, is rarely in the frame at all. Australia’s attempts to shore up its Pacific security have a long history, stretching back at least to the 1870s. Australia’s first prime minister, Edmund Barton, referred to the region as ‘‘the very doors of Australia’’.

And in their 1944 ‘‘Anzac pact’’, the Australian and New Zealand governments effectively declared a ‘‘Monroe Doctrine for the South Pacific’’. Aggrieved at their exclusion from the great powers’ Cairo deliberations over the shape of the postwar Pacific, they denied any country, including the US, had the right to retain bases on Australian or New Zealand territory after the war. Washington ignored it.

The ANZUS treaty of 1951 elevated the area’s importance. A former Australian diplomat recalls US secretary of state Dean Rusk describing his flight from Los Angeles to Sydney, saying ‘‘this is an area over which we must rule every wave’’.

Washington would assign Australia the major responsibility for Pacific diplomacy.

China’s historical attitude to the Pacific is also important. In his farewell despatch from Beijing in February 1980, ambassador Garry Woodard noted that the Chinese ‘‘may habitually refer to us as part of Oceania, but their own name for Oceania (‘big ocean continent’) implies that they are paying us a compliment in using this term and not belittling our regional status’’.

It added to the Chinese perception of the vastness of Australian territory.

And the Australian-Chinese discussion over the Pacific has been going on not just for the past decade, but for close to 40 years. In the different world of 1986, prime minister Bob Hawke, talking in Beijing with Chinese premier Zhao Ziyang, welcomed China’s intention to play a ‘‘positive and constructive’’ role in the Pacific. He was particularly enthused by Beijing’s backing for Australia’s initiative on the creation of a South Pacific nuclear-free zone.

Hawke told Zhao that Australia had made ‘‘perfectly clear its attitude towards relations with Taiwan to the Solomon Islands and those other countries which still recognised Taiwan … Australia would encourage them to keep open their lines of communication with China’’.

And Hawke added that ‘‘Solomon Islands did seem to be genuinely unaware of the complexities of this question’’.

In that era Hawke was more worried about an increasing Soviet presence in the South Pacific, but he also emphasised US regional failings, telling Zhao that Washington had been ‘‘remiss’’ in its conduct of relations with the Pacific by subcontracting its diplomacy to the American Tunaboat Association, which ‘‘conducted their affairs like pirates’’.

China’s intimidatory behaviour increases: a fact of life with which Canberra must continue to deal. But Australia’s stance towards China, with two fingers perpetually raised for domestic political gain and its mind in neutral, now benefits Beijing, just as a stricken whale advantages sharks.

The dangers, however, are further manifest, and inconveniently for the Americans in particular. Deeply committed in Ukraine, the US has had to send senior officials to the Solomons and Papua New Guinea to try to clean up a sorry debacle.

This article was first publisher in AFR on 2 May 2022.