New voices for a new parliament 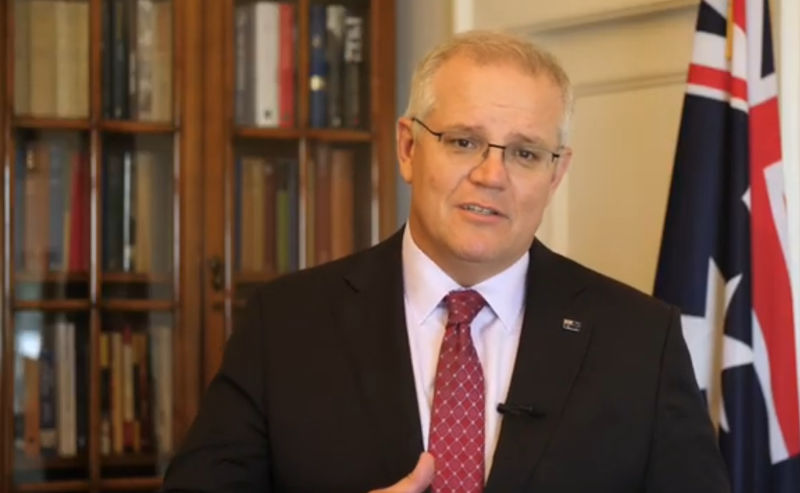 At first, the 2022 election looked like being another fake contest between two major parties which offered voters little new, and little choice, particularly on foreign affairs and defence.

A former Sydney resident, Colin Chapman, comparing elections in France, Australia, and the coming US mid-term poll, told readers that the one in Australia was ‘largely a domestic matter of little global consequence’.

But a lot has changed. This election is unlike others in recent memory, because new voices are raising new concerns. They could challenge bipartisanship.

Bipartisan politics is boring. Bipartisanship has ruled ever since the Howard government lied about children overboard in 2001, and kept Tampa at sea. Turning back refugee boats became agreed policy. In 2003 Howard ignored the protests in Parliament and from the people and invaded Iraq on another lie. Since then, foreign and defence policy have largely been bipartisan too.

Lying delivered rewards, particularly when the mainstream media delivered them. The ABC was monstered and starved into mendicancy. Whether Scott Morrison knew it from his marketing days or learned it from his buddy Donal Trump, serial falsehoods fool most of the people most of the time. (But not Emanuel Macron, who said he knows Morrison’s a liar. Barnaby Joyce has also mentioned it).

When Morrison kept disappearing at key moments, or trotted out his wife and daughters to back himself up, or failed to disparage his Hillsong pastor friends, he kept reappearing as a fake worker in factories, hair salons, and welding plants, Morrison has been AWOL throughout the travesty of British justice that will, unless Australia intervenes on behalf of its citizen charged with nothing, see Julian Assange imprisoned forever in the US.

A comparable travesty drags on in Australia, where Bernard Collaery and David McBride are also being victimised for revealing the truth.

Even while future-proof Morrison allowed the investigation of alleged war crimes in Afghanistan to stagger from one inquiry to another, and postponed a Federal ICAC from one election to the next, he put dozens of his supporters in government jobs, and told people facing rent stress to buy a house. Yet the LNP knew they still held the China card.

When he offered the US and UK untold billions for unspecified submarines to be delivered by an unknown date, Morrison mortgaged Australia’s future, knowing he can disappear before being held accountable for their uselessness against China.

So as voters turned off in disgust at Morrison’s handling of the fires, floods, quarantine and vaccines, and The Conversation found a majority of those surveyed were most concerned about climate and environmental issues he still kept a khaki election in his knapsack. Howard did it three times. Can patriotism and fear do the trick again?

What has changed in 2021-22 is the courageous stand taken by women against the political status quo which has brought Australia to this sorry pass.Tony Abbott wasn’t too busy to join demonstrators whose ‘Ditch the Witch’ slogans vilified Julia Gillard. But Morrison could make time to join thousands of women and men supporting Brittany Higgins. Instead, he met individually with Higgins and Grace Tame, demoted Christian Porter, suspended Alan Tudge, and made Marise Payne Minister for Women. That done, he went missing, again.

Out of the upsurge of public outrage came a uniquely Australian development. In all states and one territory, local citizens who are well-connected, both technologically and politically, set up ‘Voices for’ groups in North Sydney, Wentworth, Mornington Peninsula, Boothby, Groom, Curtin, and so on. The response to an initiative by Cathy McGowan, renewed in 2021, was immediate and spontaneous. Mainly led by women, the Voices were those of people in 35 electorates whose concerns were not being addressed by the two major parties.

Support to transform the 38 Voices into political campaigns came not from the grassroots but from Simon Holmes a Court, the 49 year-old son of Australia’s first billionaire. South African-born Robert Holmes a Court made his fortune in oil, gas, coal, and media. Reversing his father’s occupations, Simon set up Climate 200 with $10 million to support independent candidates who seek earlier and further cuts in carbon emission, and improved accountability from the next government.

Sitting independents including Zylie Steggall, Andrew Wilkie, Rebekah Sharkie, and Helen Hayes welcome the prospect of perhaps half a dozen independents joining them in Parliament. Indi and Warringah are not special cases, former PM Malcolm Turnbull says, but agents of change if the Coalition cannot deliver on climate policy.

Retaliation from the LNP was immediate. In Kooyong, Treasurer Josh Frydenberg will preference One Nation ahead of independents, and in Wentworth, sitting MP Dave Sharma accuses the independents of being unrepresentative elites promoting single issues. Howard calls them ‘anti-Liberal groupies’- revealing the very dated sexism they object to.

But they’re not single-issue candidates. Australians for War Powers Reform have contacted all of them, and among the many promising responses, five say they are committed to using their influence, if elected, to change the autocratic way Australia decides to go to war. Several who are still considering the proposition understand the connection between their issues – climate policy and government transparency – and the need to reform the prime minister’s war power.

Military activity and weapons manufacture are among the worst polluters, emitters of greenhouse gases, and despoilers of our global environment. A prime minister who can alone decide to dispatch the ADF to overseas conflict, or in only a small group of his appointed ministers, is unaccountable to the Parliament and the public.

No matter what threats Morrison and Dutton claim we face before and after the election, the worst will not be from China but from global heating. Independents in the next Parliament who demand accountability from the government on war powers and climate policy will influence what happens on both.