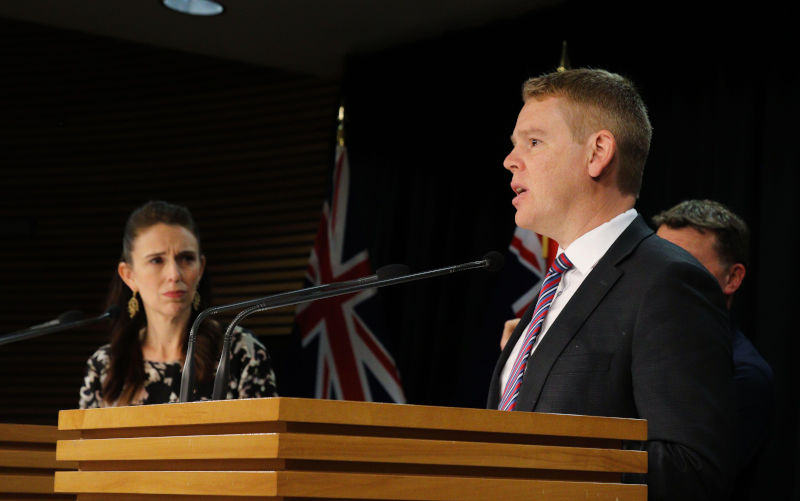 It took less than 48 hours from Thursday until Saturday morning for New Zealanders to learn who their new Prime Minister would be. There was none of the dithering, back stabbing and delays evident in some other democracies when changing leaders.

After Prime Minister Jacinda Ardern resigned there was just one nomination, Chris Hipkins, 44, known to some as “Chippy”. He represents an electorate in the Hutt Valley near Wellington, a suburb where he grew up and was head boy at secondary school.

In government he has been regarded as a safe pair of hands, taking over portfolios where previous ministers have been less than outstanding.

Since 2017 Hipkins has been Minister of Education, Minister for the Public Service and Leader of the House. As a “fixer” he was given additional responsibility as Minister of Health and Minister for COVID-19 Response during the COVID-19 pandemic. Later he was made Minister of Police during a spate of ram-raids.

Hipkins has been on a steep learning curve resulting from awkward moments after some unwise public statements. He apologised to a journalist Charlotte Bellis for releasing private information about her circumstances. Bellis had encountered problems returning to New Zealand under the Managed Isolation and Quarantine system during the pandemic.

Hipkins also apologised to former Prime Minister and Finance Minister Bill English for suggesting he had favoured his brothers with government contracts.

He famously caused laughter around the world during a Covid news conference. He meant to say New Zealanders should take some recreation by stretching their legs. Instead he said they should spread their legs.

MPs who have worked with him say Hipkins is practical and gets things done. The Deputy Speaker Greg O’Connor said Hipkins is tough, intelligent, experienced and empathetic.

Hipkins is regarded as more pragmatic than Ardern. As a result he may have greater appeal to the middle ground, undecided voters and younger voters. He promised his government will be strong, stable and focussed.

Sepuloni grew up in the small town of Waitara. Her father was a Samoan/Tongan and her mother is European from a conservative sheep farming family.

Ardern said she had no more in the tank for the exertions of election year or the following three years of leadership which she expected would result from victory at the polls.

She did not mention that she had to withstand abuse, sexism, misogyny and threats, and that this experience might have contributed to her decision. Others have spoken about it at length.

The former Labour Prime Minister of New Zealand (1999-2008) Helen Clark said in a statement “the pressures on Prime Ministers are always great, but in this era of social media, clickbait, and 24/7 media cycles, Jacinda has faced a level of hatred and vitriol which in my experience is unprecedented in our country.”

“Our society could now usefully reflect on whether it wants to continue to tolerate the excessive polarisation which is making politics an increasingly unattractive calling.”

The Disinformation Project Director Kate Hannah studies online hate speech and disinformation. She said that in the last two years the misogyny and violence directed towards Ardern has become more dangerous, more violent, more vulgar, more crude and repetitive. The number of threats against Ardern have almost tripled in the past three years, and some of the threats have been directed at Ardern’s young daughter Neve.

Helen Clark said Ardern delivered on “a large social policy agenda aimed at rebuilding opportunity and fairness, presiding over an economy which has performed better than most of its peers in challenging global circumstances, and positioning New Zealand as a country which stands for international co-operation and decent values.”

Tributes have flowed in from around the world. The actor Sam Neil said he was not surprised that she resigned, “nor do I blame her. Her treatment, the pile on, in the last few months has been disgraceful and embarrassing. All the bullies, the misogynists, the aggrieved. She deserved so much better. A great leader.”

In a tweet the (former) US President Barack Obama said “Prime Minister Jacinda Ardern has guided New Zealand through crises and seized opportunities by leading with foresight, integrity and empathy. Her country is better off because of her remarkable leadership, and the rest of us are too.”

When she announced her resignation, Ardern said the election will be held on October 14. Hipkins has until then to hit his stride and lift Labour’s polls if he is to lead his party to a third three year term.