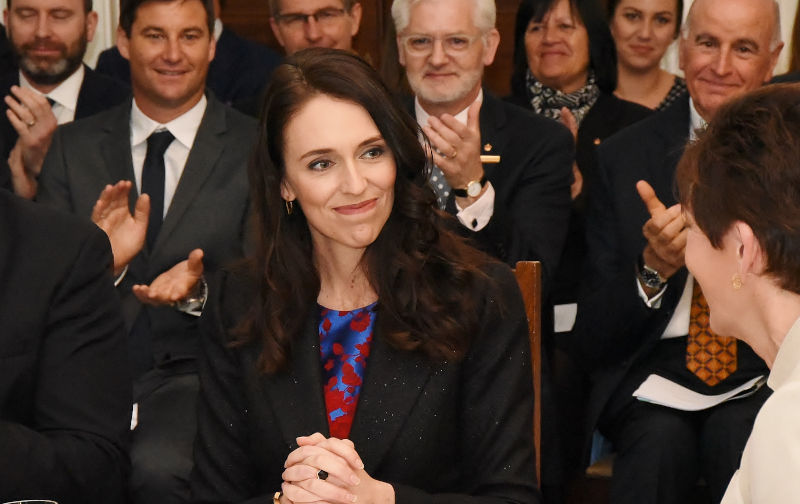 Jacinda Ardern who has led New Zealand with intelligence, kindness and humanity is leaving the stage. Her last day as Prime Minister will be February 7.

This will be very sad news for those who have admired her leadership, her ability to think on her feet, her intelligence, and above all her kindness, compassion and warmth.

Despite the dithering, the Opposition’s polling has improved. This year’s election, to be held on October 14 will be closely fought.

Ardern’s leadership through difficult times has been applauded around the world but her term, which began in October 2017 and is entering its sixth year, has been disrupted by a series of external challenges.

From the beginning the government’s policies focussed on housing, child poverty and climate change, and progress was made on all of these. However the government had to cope with the massive intervention of several unfortunate external factors that all but derailed the plans for a better New Zealand. These challenges included terrorism, the international pandemic and international inflation.

Ardern’s leadership and compassion were on full view after an Australian attacked with guns two mosques in Christchurch. Within days her government tightened the gun laws to ban semi-automatic weapons.

The world Covid pandemic attacked every sector of society, including the health system, physical and mental health, the economy, education and of course the ability of the government to reach its broader policy objectives.

Despite this, Ardern’s government launched an early and effective set of policies that reportedly saved thousands of lives and maintained economic viability.

The policy was based on the view that a strong health response would produce a positive economic outcome, and despite its detractors, the plan was successful.

The policy is credited with saving thousands of lives and, as New Zealand enters a difficult election year the economy is in relatively good shape compared with comparable economies. Unemployment is low and a predicted recession is expected to be shallow.

New Zealand’s Government debt is also low at just over 31 percent of GNP and dropping.

However inflation, another unwelcome intruder from beyond the borders, has raised inflation to around seven percent. It is these economic issues that have helped to push public support towards the Opposition in this election year.

Ardern’s government hasn’t shied away from difficult challenges. A start has been made on meeting the Carbon Neutral target “Net Zero by 2050” including the world’s first plan for farmers to reduce agricultural emissions. From 2025 farmers would pay levies for emissions including methane from cows. New Zealand has pledged to cut methane emissions by ten percent by 2030 on its way to net zero emissions by 2050. About half the country’s greenhouse gas emissions come from farms. New Zealand is one of the few countries to have a net zero emissions by 2050 goal enshrined in law, its Zero Carbon Act.

One of the most intractable problems, child poverty, was one for which Ardern took personal responsibility. It is due to her drive and focus that the government has successfully turned around child poverty statistics.

Other achievements include significant increases in welfare benefits, and a major increase in state housing stock.

Ardern’s legacy after fewer than six years is immense. She has raised New Zealand’s standing in the world, and while the opposition has twisted the truth about her government’s policies, Ardern and her team have maintained discipline and kept cool, carried on and shown humanity and humility.

In announcing her resignation she said “I am not leaving because it was hard. Had that been the case I probably would have departed two months into the job!

“I know what this job takes, and I know that I no longer have enough in the tank to do it justice. It is that simple.”

She says she hopes she leaves behind “a belief that you can be kind, but strong. Empathetic, but decisive. Optimistic, but focused. That you can be your own kind of leader – one that knows when it’s time to go.”

On Sunday January 22 the Labour Party Caucus will take the first step towards finding a successor.

There is already speculation Ardern will find a role on the international stage where she could continue to do some good in the world.