The New Zealand SAS inquiry: the most serious findings against the NZSAS and NZDF in their history

Five years ago I was approached by a man who played a part in a New Zealand SAS raid in Afghanistan where civilians were killed and injured. He wanted an official inquiry. Two weeks ago that inquiry reported.

For the last 27 months, as Australia has gone through the deeply uncomfortable inquiry into wrongdoing by its Special Air Service in Afghanistan, a parallel inquiry has been occurring into a disastrous Afghan raid conducted by the New Zealand Special Air Service.

But unlike the Australian inquiry, which was initiated and supported by the military itself, the New Zealand inquiry has been resisted and fought every inch of the way by the New Zealand Defence Force. It is a cautionary tale about a military so concerned about “reputation” that it loses sight of what really builds public respect.

The New Zealand story begins 10 years ago, in August 2010, when a New Zealand soldier was killed by a roadside insurgent bomb. Three weeks later an NZSAS-led assault force, supported by US attack helicopters, an AC-130 gunship and drone, made a night-time raid on an isolated village, hoping to capture or kill two of the insurgent leaders.

As happened so often in Afghanistan, the target men were not caught or killed. But many others were killed and injured, most of them women and children. News of this made the New York Times but, then and for years after, the NZSAS officers hid and denied what had happened. Finally, in 2015, a whistle blower approached me about the raid (which he called “Operation Burnham”) and about the related torture of a prisoner. I co-authored a March 2017 book on these things called Hit & Run.

When the book was published, the Chief of Defence Force Tim Keating fronted a press conference and said the book was all wrong; it was not even an operation the NZDF had conducted. The same CDF lobbied two governments not to hold an inquiry, but did not get his way the second time with Jacinda Ardern’s Labour-led government. In April 2018 the government set up an independent inquiry to investigate, headed by a supreme court judge and a former prime minister. Undeterred, the CDF set up a $2 million unit within NZDF HQ to try to persuade the inquiry his troops had acted in an “exemplary” way. The fight began.

As one of the authors, I was a “core participant” in the inquiry. It was a frustrating and unequal process. NZDF and other government agencies spent millions of dollars of public money trying to deny any wrongdoing, while the authors and public were not allowed to analyse and contest the agencies’ secret submissions and evidence. Military officers were repeatedly given the benefit of the doubt; but not so the villagers.

The public would expect the Defence Force to be even handed in helping investigate the actions of a handful of its staff. But it was not in the slightest. In fact the NZDF was backed up by other government agencies. A team of lawyers representing the Ministry of Foreign Affairs, Department of Prime Minister and Cabinet and intelligence agencies made submissions and spoke at hearings, in virtually every instance presenting legal advice that implied that NZDF had at no stage done anything wrong.

The hearings consisted of a small army of publicly-funded lawyers against two authors. Various of the “crown” positions were firmly rejected by the commissioners. But the weight of resources inevitably won some concessions. The activities of this pro-NZDF public service group, resisting all suggestions that NZDF had done wrong, is a worrying situation revealed by the Inquiry process.

At the same time, the NZDF was more than a year late providing documents to the inquiry and NZSAS officers claimed lost files, accidentally deleted files and poor memories. In the final weeks of the inquiry, NZDF dredged up an “expert opinion” trying to disprove that a funeral video taken after the raid showed the wrapped corpse of a child (the commissioners rejected this too). It was an unimpressive display, showing a disturbingly low respect for civilian control of the military.

The Inquiry report, released on 31 July, represented the first ever independent inquiry into NZDF forces in an overseas war. Just the fact of doing that is important. There are various findings I am certain are incorrect, the result of giving the benefit of the doubt to military witnesses (and also there were some errors of detail in the book that I acknowledged to the inquiry). But nonetheless the inquiry is hugely important. It contains the most serious findings against the NZSAS and NZDF in their history.

Despite the NZDF denials, the inquiry report confirmed:

* civilians were killed and injured, including a child killed;

* reports of civilian casualties were denied and hidden by named SAS officers;

* NZDF did not give aid to the wounded, during or after the operation;

* the mission failed in its objective: the troops did not capture or kill either of the insurgent leaders they were seeking nor indeed anyone else involved in the attack on the New Zealand patrol;

* NZDF failed to investigate the allegations of civilian casualties;

* the NZSAS breached the Geneva Conventions by handing over a prisoner to torture;

* an NZSAS trooper assaulted a prisoner while bound and blindfolded, again breaching the Geneva Conventions;

* Ministers were misled by NZDF; and

* four former commanding officers of the NZSAS were found to have acted improperly.

The report found the NZDF response to reports of civilian casualties was “deeply troubling”, reflecting conduct and events over a number of years; and found a “surprising level of ineptitude and disorganisation within NZDF Headquarters.” This is an extremely serious list of findings.

The inquiry recommendations, immediately accepted by the government, included the establishment of an independent military inspector-general, an overhaul of NZDF headquarters and new policies to be developed on civilian casualties and detainees.

A second inquiry into the New Zealand intelligence agencies’ role in the SAS raid and prisoner mistreatment was released on the same day. It is a fine piece of work and can be found on the New Zealand Inspector-General of Intelligence and Security’s website.

On the day the Operation Burnham inquiry report was released, the current Chief of Defence Force issued a “Message from the Chief” to all NZDF staff. It is a stolid piece of military spin doctoring. There is no mention of a dead child or torture, nor of the serious criticism of the four NZSAS commanding officers. Instead it concludes: “I am proud the NZDF’s service in Afghanistan and especially so of those who served on Operation Burnham. They typified our values: courage, commitment, comradeship and integrity.”

In other words, despite going through the whole inquiry, NZDF still has a deep problem of too many PR people in defence headquarters and not enough people willing to point out what courage and integrity really mean. This was what the NZDF and its bureaucratic allies had been working for throughout the inquiry: to be able to say the allegations had proven to be unfounded and there was nothing to see here.

But it did not work out the way they wanted. News media wrote about a “damning” inquiry report. NZDF got slammed. One after another Minister said things needed to change. NZDF will deservedly live under the shadow of this inquiry for years to come. And hopefully, as these processes are supposed to do, this will help the good people in NZDF to be listened to in future, and make it harder for the less good people to do the same again.

Nicky Hager is an author of seven books and works as an investigative journalist in Wellington, New Zealand (www.nickyhager.info) 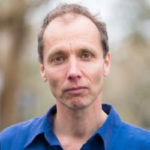 Nicky Hager works as an author and investigative journalist. He has written seven books about New Zealand politics, intelligence, public relations and war; including most recently "Hit & Run", the story of children and other innocents
being killed and injured in a New Zealand SAS raid on two Afghan villages.