No 10 and the secretly funded lobby groups intent on undermining democracy (The Guardian Sep 1, 2020)

Thinktanks such as Policy Exchange are working to shift power away from state institutions – into the prime minister’s office.

To accumulate power, a government with authoritarian tendencies must first destroy power. It must reduce rival centres of power – the judiciary, the civil service, academia, broadcasters, local government, civil society – to satellites of its own authority, controlled from the centre, deprived of independent action. But it must do this while claiming to act in the people’s name.

So it needs an apparatus of justification: arguments that can be fed through a sympathetic press and manufactured into outrage against its rivals. This is where the intellectual work of such a government is focused.

In the UK, Dominic Cummings is not the sole architect of this project: much of the intellectual landscaping has been outsourced. Since the 1950s, an infrastructure of persuasion has been built, whose purpose is to supplant civic power with the power of money. The model was developed by two fanatical disciples of Friedrich Hayek, the father of neoliberalism: Antony Fisher and Oliver Smedley. They knew it was essential to disguise their intentions. While founding the Institute of Economic Affairs, the first of the thinktanks whose purpose was to spread Hayek’s gospel, Smedley reminded Fisher it was “imperative that we should give no indication in our literature that we are working to educate the Public along certain lines … That is why the first draft [of our aims] is written in rather cagey terms.”

The institute, and the other lobby groups Fisher founded, honed the arguments that would be used to strip down the state, curtail public welfare and public protection, and restrict and undermine other forms of social cohesion, releasing the ultra-rich from the constraints of democracy. Unsurprisingly, some of the richest people on Earth poured cash into his project.

His groups translated Hayek’s ideas, seen by many as repulsive, into a new political common sense – producing the reframings and justifications on which Margaret Thatcher and Ronald Reagan built their revolutions.

Others began to copy this model. Madsen Pirie, the founder of the Adam Smith Institute, describes in his autobiography how, using funds from 20 of the UK’s biggest companies, he helped to chart the course that Thatcher took. Every Saturday, while she was in opposition, staff from the Adam Smith Institute and the Institute of Economic Affairs sat down for lunch with Conservative party researchers, and leader writers and columnists from the Times and Telegraph, to plot out her rise to power. They “planned strategy for the week ahead”, and would “co-ordinate our activities to make us more effective collectively”. Pirie describes how he devised many of the policies that defined Thatcherism.

And elsewhere too, not least in the testimony of the Brexit campaign whistleblower Shahmir Sanni, there is evidence that these lobby groups coordinate their work, creating the impression that people in different places are spontaneously coming to the same conclusions. Several of them work from the same offices, in 55 and 57 Tufton Street, Westminster.

The lobby group that Boris Johnson’s government uses most is Policy Exchange. While it claims to be a neutral educational charity, it was founded in 2002 by the Conservative MPs Francis Maude and Archie Norman, and Nick Boles, who later also became a Tory MP. Its first chairman was Michael Gove. Its proposals and personnel have been adopted by the Conservative party ever since.

Policy Exchange has played an important role in shifting power away from rival institutions and into the prime minister’s office. For several years it has been building a case for curtailing the judiciary. It provided the ammunition for the government’s current attack on judicial review, which enables citizens to sue the government to uphold the law. This was the process transparency campaigner Gina Miller used: in 2016 to oblige Theresa May to seek parliamentary approval for triggering the Brexit process; and, last year, to overturn Boris Johnson’s suspension of parliament.

Policy Exchange calls such rulings “judicial overreach”. It claims they threaten the sovereignty of parliament and the separation of powers between government and judiciary. To my mind they do the opposite. The law is not whatever Boris Johnson says it is: it is legislation passed by parliament and interpreted by the courts. Both the Miller cases returned powers to parliament that prime ministers had seized. The government has now appointed a former Conservative minister, Lord Faulks, to examine judicial review, along the lines suggested by Policy Exchange.

This lobby group has called for the prime minister’s office to have greater powers “to develop and direct policy change” through the civil service, and to appoint leaders of public bodies whose “culture and values” align with government’s aims. It has led the public attacks on what it calls the “chilling effects” of leftwing views in academia. Its recent report on academic freedom was brilliantly eviscerated in the Guardian by Jonathan Portes, who found it riddled with basic statistical errors and mistaken assumptions. What purports to be a campaign for intellectual freedom looks more like a McCarthyite attempt to suppress left-leaning ideas. It’s an effective weapon in the government’s gathering culture war.

Policy Exchange’s proposals for changing the planning system, which involve a massive removal of power from local authorities, have been adopted wholesale by the government. One of the authors of this scheme, Jack Airey, has moved from the thinktank to Downing Street, as a special adviser.

Last year, Policy Exchange published a polemic that claimed Extinction Rebellion is led by dangerous extremists. As usual, it was widely covered by the media. Less discussed was the report that the lobby group has received funding from the power company Drax, the trade association Energy UK, and the gas companies E.ON and Cadent, whose fossil-fuel investments are threatened by environmental activism. These are among the few funders whose identities we know. Policy Exchange is listed by Who Funds You? as among the UK’s most opaque thinktanks. It might seem remarkable that without having to reveal its funders, while promoting shifts that could harm civil society, Policy Exchange remains a registered charity.

Conservative governments clearly attach great importance to the way charities are overseen. In 2018, a parliamentary committee sent the government an unprecedented letter, pointing out that the government’s preferred candidate as chair of the Charity Commission, the former Tory minister Baroness Stowell, was “unable to demonstrate … any real insight, knowledge or vision”; could not be seen as neutral; and had failed to withstand the committee’s scrutiny. The government appointed her anyway, and she remains chair today.

By such means, political life is steadily undermined, until little remains but authority and obedience to the prime minister. Without strong civic institutions, society loses its power. From the point of view of global capital, that’s mission accomplished. To resist the government’s machinations, first we must understand them.

This article was first published in The Guardian. 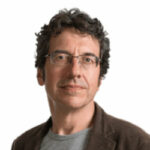 George Monbiot is a Guardian columnist and the author of Feral, The Age of Consent and Out of the Wreckage: a New Politics for an Age of Crisis