Scott Morrison-No compassion, and no marketing skill either? 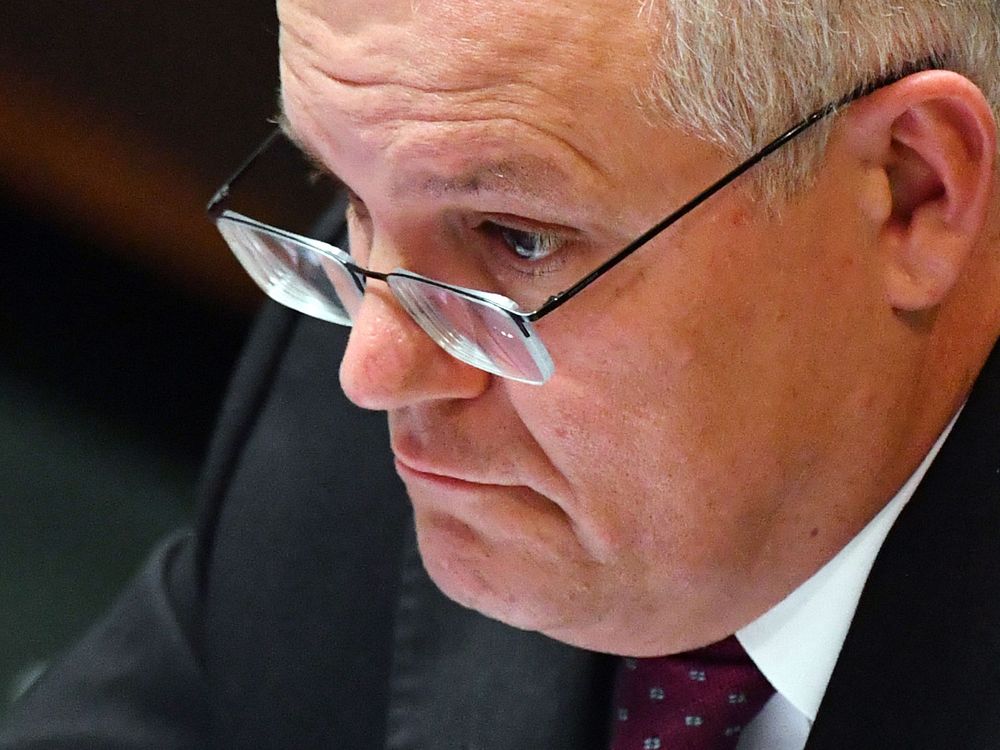 When Scott Morrison became prime minister, two dimensions of his persona seemed potentially positive: a Christian faith that might have illuminated his leadership with kindness and compassion, to say nothing of integrity, and a widely-touted marketing background (‘Scotty from Marketing’) that might have lifted the standard of political communication and inspired some brilliance in government advertising. Whatever hopes might thus have been raised have long since been dashed.

Had we bothered to reflect on Morrison’s term as immigration minister, and the ever-harsher and tougher line he took on people seeking asylum, we should have known that, in spite of the undertakings he gave in his maiden speech to parliament, compassion was far from being the Morrison hallmark. It wasn’t just the harshness of his rhetoric and the cruelty of his policy administration; it was the pleasure he appeared to take in being so harsh and punitive.

His recent very public claims to be “doing God’s will”, and to be expressing his Christian faith through his prime ministership, sit oddly with Crikey.com’s depressing catalogue of the lies uttered by Morrison since he became PM, with his failure to comprehend the significance of the gender revolution and the very concept of gender equality, with his insensitivity to the Uluru Statement from the Heart, and with his shameful lack of empathy and leadership in response to the 2019-20 bushfire crisis – to say nothing of the ruthlessness of his ambition for the top job.

In fact, isn’t there something intriguing – to say the least – about Morrison’s profession of Christian faith? Just across the ditch, New Zealand’s prime minister Jacinda Ardern, who was raised a Mormon and is now a religious agnostic, consistently demonstrates the Big Five virtues encouraged by Jesus of Nazareth: honesty, integrity, compassion, kindness, fairness.

Does Morrison watch Ardern’s performance and wish he could find a way to emulate it? Does he envy her ability to import her personal values – her ‘soul’ – into her political life? Does he wriggle and writhe with embarrassment over what looks like an indifference to the Big Five?

There’s no evidence of that. The lies keep coming. The cheeky grin is as ubiquitous as ever. The avuncular, “good bloke” style persists and continues to attract the support of men, in particular.

Perhaps saying what he assumes the punters want to hear and relying on his smile to smother the lies are signs of Morrison’s “marketing” approach to politics, along with his personal brand name, ScoMo. If they are, then they suggest he has never mastered the discipline of marketing. We should have guessed that from the appalling “Where the hell are you?” advertising campaign intended to attract international tourists to Australia, conceived in the dying days of Morrison’s run at Tourism Australia.

In the world of commercial product marketing, brand integrity matters. Honesty matters. Sincerity matters. Delivering on your promises matters. And so does some grasp of the psychology of communication. Yet Morrison shows no evidence that he understands any of this.

The pro-vax ads so far revealed – the parade of post-jab arms with dressings on them (“Arm Yourself”), and the portrayal of a COVID patient on a ventilator, struggling for breath – both display a serious ignorance about how advertising actually works.

Effective advertising always holds out the promise of a clear benefit, backed by a strong emotional push to motivate us. In the case of vaccination, yes, there’s a benefit to the individual but the whole point of mass vaccination is societal: it’s something we do for each other. It’s a small sacrifice we make for the common good. Once again, New Zealand got it right with the slogan: “Do it for each other.”

Eighteen months into the pandemic, our sense of our interconnectedness – our interdependency – is more potent than ever. We know we’re in this thing together. We know we have to endure lockdowns, masks, etc, as a way of demonstrating our care for each other.

If ever there was a time for a national advertising campaign – about anything, but especially vaccination – to tap into the national mood of solidarity, mutual care and compassion, this is it! But, no: on the one hand, we’ve got the feeble, and very selfish, idea that you should arm yourself and, on the other, yet another example of the biggest and oldest strategic mistake in advertising: “scare them out of their wits”.

Morrison can’t be personally blamed for this latest government advertising campaign, but it would be remarkable if he hadn’t at least approved it, given his powerfully symbolic role in getting the vaccine rollout sorted. And if he did play any role in the development of this campaign, that would suggest a lamentable lack of marketing insight, let alone flair.

But isn’t there a deeper cause for concern about a man who is living with – and must surely be troubled by – the sense of a yawning chasm between the values he presumably claims to espouse as a Christian and those he demonstrates in the daily practice of his brand of politics?

We look at leaders like Donald Trump and Boris Johnson and assume they are deeply wounded, damaged individuals who behave as they do – the shameless dishonesty in Trump’s case; the recklessness in Johnson’s – because of some negative formative influences over which they had no control. Perhaps for those very reasons, they may both have sought high office as compensation for – and even as a form of denial of – their deep sense of personal inadequacy.

Which raises an even bigger question: how many people seek high office as a way of hiding from some dark, unresolved material in their personal formation? Is this why Plato insisted that “only those who don’t seek power are qualified to hold it”? Of course, Plato can’t have meant that everyone who aspires to a position of leadership should be disqualified from attaining it, since there are two very different ways of interpreting leadership: the power model and the service model.

So what about our man Morrison? With a murky back-story, pre-politics – sacked from tourism jobs in both New Zealand and Australia – is he, too, seeking compensation? Are there even deeper sources of inner murk from which he is trying to distance himself by occupying high office, even he does so without distinction? Is he driven by the desire for power or the desire to serve?

If the former, he’ll crash and burn, since the power model of leadership is so flawed. If the latter, then there must surely be a radical transformation on the way. Is there, after all, a kinder, nobler “inner ScoMo” we haven’t yet glimpsed?