By Antonio Andreoni and Mariana Mazzucato | On 6 July 2020
With governments spending on a massive scale to save industries and mitigate the economic fallout from COVID-19, they should be positioning their economies for a more sustainable future.
Fortunately, far from remaining taboo, using state aid to change private-sector behavior has become common sense.

LONDON – The COVID-19 crisis and recession provides a unique opportunity to rethink the role of the state, particularly its relationship with business. The long-held assumption that government is a burden on the market economy has been debunked. Rediscovering the state’s traditional role as an “investor of first resort” – rather than just as a lender of last resort – has become a precondition for effective policymaking in the post-COVID era.

Fortunately, public investment has picked up. While the United States has adopted a $3 trillion stimulus and rescue package, the European Union has introduced a €750 billion ($850 billion) recovery plan, and Japan has marshaled an additional $1 trillion in assistance for households and businesses.

However, in order for investment to lead to a healthier, more resilient, and productive economy, money is not enough. Governments also must restore the capacity to design, implement, and enforce conditionality on recipients, so that the private sector operates in a manner that is more conducive to inclusive, sustainable growth.

Government support for corporations takes many forms, including direct cash grants, tax breaks, and loans issued on favourable terms or government guarantees – not to mention the expansive role played by central banks, which have purchased corporate bonds on a massive scale. This assistance should come with strings attached, such as requiring firms to adopt emissions-reduction targets and to treat their employees with dignity (in terms of both pay and workplace conditions). Thankfully, with even the business community rediscovering the merits of conditional assistance – through the pages of the Financial Times, for example – this form of state intervention is no longer taboo.

And there are some good examples. Both Denmark and France are denying state aid to any company domiciled in an EU-designated tax haven and barring large recipients from paying dividends or buying back their own shares until 2021. Similarly, in the US, Senator Elizabeth Warren has called for strict bailout conditions, including higher minimum wages, worker representation on corporate boards, and enduring restrictions on dividends, stock buybacks, and executive bonuses. And in the United Kingdom, the Bank of England (BOE) has pressed for a temporary moratorium on dividends and buybacks.

Far from being dirigiste, imposing such conditions helps to steer financial resources strategically, by ensuring that they are reinvested productively instead of being captured by narrow or speculative interests. This approach is all the more important considering that many of the sectors most in need of bailouts are also among the most economically strategic, such as airlines and automobiles. The US airline industry, for example, has been granted up to $46 billion in loans and guarantees, provided that recipient firms retain 90% of their workforce, cut executive pay, and eschew outsourcing or offshoring. Austria, meanwhile, has made its airline-industry bailouts conditional on the adoption of climate targets. France has also introduced five-year targets to lower domestic carbon dioxide emissions.

Similarly, many countries cannot afford to lose their national automobile industry, and are seeing the bailouts as an opportunity to drive progress toward the sector’s decarbonization. As French President Emmanuel Macron recently argued, “We need not only to save the industry but to transform it.” While extending €8 billion in loans to the sector, his government is requiring that it turn out more than one million clean-energy cars by 2025. Moreover, having received €5 billion, Renault must keep open two key French plants and contribute to a Franco-German project to produce electric batteries. As Renault’s major shareholder, the French government will be able to enforce these conditions from both outside and inside the company.

In some cases, governments have gone beyond conditionality to alter ownership models. Germany and France are acquiring or increasing (respectively) the state’s equity stake in airline companies, citing the need to safeguard national strategic infrastructure.

But there are also negative examples. The auto-industry bailout has played out very differently in Italy than it has in France. The FCA Group has convinced the Italian government – which has historically provided large subsidies to Fiat – to grant its subsidiary FCA Italy a €6.3 billion guaranteed loan with basically no enforceable conditions. FCA Italy is expected to merge with the French PSA Group by the end of this year, and the FCA Group itself is no longer even an Italian company. Born in 2014 from the merger of Fiat and Chrysler, it is domiciled in the Netherlands, and its financial headquarters are in London. Worse yet, the company has a poor track record of keeping its investment commitments in Italy, which has fallen off the global map as an auto producer, both in terms of volume and electric vehicles.

In other negative cases, major companies and sectors have leveraged their monopoly or market-dominant bargaining power to lobby against conditionality, or have exploited central banks’ support, which tends to come with fewer or no conditions. For example, in the UK, EasyJet was able to access £600 million ($746 million) in liquidity from the BOE, despite having paid £174 million in dividends a month earlier. And in the US, the Federal Reserve’s decision to start purchasing riskier high-yield bonds has fueled moral-hazard fears. Among those standing to gain are US shale-oil producers, which were already highly leveraged and mostly unprofitable before the pandemic arrived.

Far from a step toward state control of the economy, conditional bailouts have proven to be an effective tool for steering productive forces in the interest of strategic, broadly shared goals. When designed or implemented incorrectly, or avoided altogether, they can limit productive capacity and allow speculators and insiders to extract wealth for themselves. But when done right, they can align corporate behavior with the needs of society, ensuring sustainable growth and a better relationship between workers and firms. If the crisis is not to go to waste, this must be part of the post-COVID-19 legacy.

This article was originally published by Project Syndicate on 25.6.20. 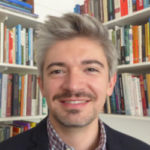 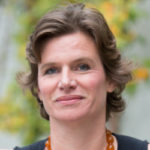