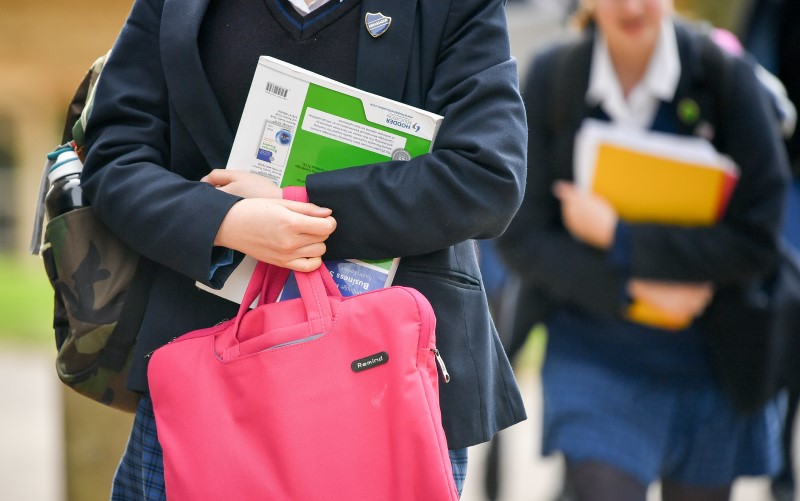 Research by a Nobel Prize for Economics winner shows the impact of education funding on the future success of students is greater than previously believed.

In awarding the Nobel Prize for Economics in 2021, the prize committee said there is strong empirical proof that money matters in education.

This is an incredibly significant statement from a notoriously conservative institution. It represents a new consensus that has developed in recent years that more spending on education can increase school outcomes and future earnings, especially for disadvantaged students.

The committee said the studies of joint winner David Card, professor of economics at the University of California, Berkley, showed “that resources in schools are far more important for students’ future labour market success than was previously thought”.

The committee’s detailed analysis supporting the award found: “The overall conclusion from the past 30 years of research is that school resources appear to matter for labour market outcomes in industrialised countries.”

It said further: “The impact of resources on school achievement tends to be greater for non-advantaged students, suggesting that their schooling choices are constrained to a greater extent than for students from advantaged backgrounds … the quasi-experimental literature is consistent with the view that earnings effects of investments in education are higher for individuals from disadvantaged backgrounds.”

Card’s work challenged conventional wisdom on the impact of the minimum wage, immigration and education expenditure. He pioneered what are called natural experiments to establish causal effects of policies and programs in these areas.

This approach uses sophisticated statistical methods to analyse situations in which chance events or policy changes result in groups of people being treated differently, in a way that resembles randomised controlled trials in medicine and other scientific fields.

Card and Alan Krueger of Princeton University, later chair of the Council of Economic Advisers to US president Barack Obama, co-authored two innovative papers in the early 1990s. In contrast to much of the previous literature, they analysed how school quality affected labour market outcomes rather than just test scores. They found that individuals who grew up in US states that had higher expenditure on education, and which was used to reduce the student-teacher ratio, had systematically higher earnings than those in other states.

As the prize committee observed in its supporting analysis, the results in the two papers by Card and Krueger “surprised the research community” and contributed to renewed research on the relationship between resources, student achievement and future earnings.

“These studies brought rigour and transparency to the analysis, and by addressing these questions in novel and in, a priori, more credible ways, Card was able to produce new and more reliable answers,” it said.

The committee said these studies demonstrated the power of exploiting the technique of quasi-experimental variations to reveal causal effects in policy areas rather than relying on correlational analysis as did previous studies.

Card’s work and that of others that followed overturned the previous consensus that the relationship between education achievement and resources was weak. The previous consensus was largely based on highly influential studies by Eric Hanushek of Stanford University, which concluded that the relationship between achievement and resources was close to non-existent.

Hanushek’s conclusion was also challenged by a meta-analysis of the studies he surveyed which found a positive association between achievement and expenditure.

The early studies by Card and his co-authors played a crucial role in shifting the focus in empirical research in education as well as in other policy domains. Many studies followed that demonstrated a positive and significant relationship between education expenditure and student achievement and future earnings.

It showed that school finance reforms involving higher expenditure tended to reduce student-teacher ratios, increase teacher salaries and extend years of schooling. It found that a 10 per cent increase in per student spending throughout elementary and high school improved educational attainment by 0.31 years and raised wages by 7 per cent. Moreover, the effects were much larger for students from low-income families.

A similar recent study published by the US National Bureau of Economic Research found that school finance reforms in the US that increased expenditure in low-income school districts increased high school completion and college entrance among black students and females as well as increasing annual earnings.

“We find that school finance reforms lead to increases in educational attainment and in mean earnings. These results hold when we consider the full state population, but we generally find larger effects for black than for white students,” it said.

A recent survey of the US evidence presented strong support for the conclusion that educational resources have a significant impact on student achievement and labour market outcomes for individuals. It pointed out that this does not imply that all types of spending increases, in all types of contexts, yield improvements in achievement and labour market outcomes. However, on average, it does so.

As the Nobel Prize committee concluded in another statement:

“There is now relatively strong empirical support to show that investments in education influence students’ later success on the labour market. This effect is particularly strong for students from disadvantaged backgrounds.”

The Nobel Prize for Economics has been widely criticised for ignoring the broader political economy challenges in the world such as wealth, poverty and inequality and that it is dominated by a particular approach to economics. It has generally favoured conservative economists whose work is firmly based on orthodox neo-classical economics.

The prize was created by the Swedish Central Bank, a leading advocate of free markets, as a “vanity project” for its 300-year anniversary. The committee itself has long been criticised for being dominated by right-wing Swedish economists.

In this context, the committee’s conclusion has tremendous significance. It indicates how wide the consensus is on the impact of education expenditure. It has critical importance for the future of school funding polices in Australia which have long failed disadvantaged students and schools.

Despite this, Australian governments have failed to ensure that funding increases are directed to where they are most needed and where they will have most effect — supporting disadvantaged students and schools. Private schools have been lavished with money over the past decade. Commonwealth and state funding for Catholic schools increased by $1919 per student, adjusted for inflation, and by $1893 for independent schools in the decade 2009-2019 compared to only $469 per student in public schools.

School funding is in dire need of reform in Australia to address disadvantage and improve equity in education. The conclusions of the Nobel Prize Committee for Economics provide strong support for such reform.