Nothing dollarable is safe in the Kosciuszko National Park 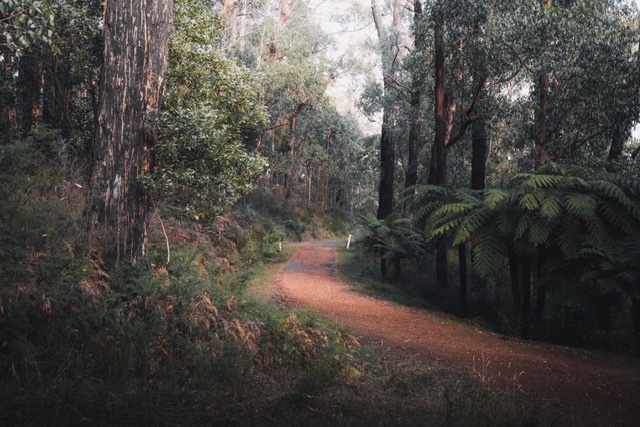 “Nothing dollarable is safe, however guarded” wrote the great American conservationist and protected area crusader, John Muir in 1909. He was right then, and he’s still right today: maybe more than ever.

The new culture has its own language, a highly persuasive one. ‘Feral horses’ have of course been ‘heritage icons’ in NSW since John Barilaro’s triumphal Wild Horse Heritage Act made them so in 2018.

Now, thanks to the Special Activation Master Planning process a whole new dictionary is being added to this language.

It’s easy to present this new culture. Ignore precedent and established process, ignore or deride expertise, make up some dodgy claims and slogans for the desirability of a grand ‘plan’, frequently assert the value of ‘nature’ and/or ‘culture’ with no clear plan for protecting either. Above all open up access to what has become the prize: access to ‘pristine’ experiences for the juggernaut of international high-end tourism.

It wasn’t always so. Since 1944, first as a State Park, then a National Park, specific legislation has guarded Kosciuszko National Park. The National Parks and Wildlife Act requires a Plan of Management – the current Plan has been in place since 2006.

The NSW National Parks and Wildlife Service (NPWS) has been a pioneer and leader of sound planning, especially at Kosciuszko. Park managers, scientists, conservation NGOs and other interest groups have developed a high level of management expertise in negotiating the complex balance between use and protection. A body of citizen expectation has built up around these protective processes, around the supremacy of the public good for special places. Australians everywhere might have been justified in thinking that these protections would stick.

The Park today is the outcome of determined protection for 75 years by previous Ministers and administrators. A long perspective is needed to maintain such a place in its best condition. But gone are the days of a visionary Premier, William McKell, who saw the truth of Muir’s statement when he established the then-largest national park in Australia. For McKell, the healthy condition of the mountains was the birthright of all, especially their value as a catchment. Concerned about widespread erosion, he did not think they should be real estate for the profit of a few narrow interest groups to treat as it suited them.

In the past, expert public servants such as soil conservationist Sam Clayton worked with McKell, to create the Park and to protect its water catchments from grazing. Clayton described the task of those times: commenting later ‘It is not easy to graft a new concept of land usage on a community…’.

Heroes of nature conservation in the mountains have tirelessly encouraged culture change towards that new concept. Before and after McKell and Clayton, Richard Helms, Baldur Byles, Edgeworth David, W.R. Browne, Neville Gare, Alec Costin, Tom Lewis, Roger Good, Graeme Worboys and dozens of others have spent much of their lives informing and educating others about the benefits permanent protection offered the mountains and their users.

In 1960, the first Superintendent of the Park, Neville Gare, told Monaro regional citizens that tourism was an important part of the management of the mountains, but if treated carelessly would destroy both the place and its own greatest advantage. Only by shaping an industry dependent on carefully conserved and presented natural features could tawdriness be avoided.

It is extremely important that we in this district recognise this great principle in the development of our Park.  Only by retaining the prime natural values of these mountains can we build a tourism industry that will last and not grow stale and brittle as it has on the Gold Coast and other highly commercialised resorts. Cooma-Monaro Express, 4 July 1960

What is dollarable in the new social contract to which the Masterplan is taking us? The ingredients are drearily predictable. Whilst glowingly describing the ‘unique’ precious qualities of the park, the glossy plans proceed to map out details of its commercialisation.

Firstly, there is the Main Range. It is now being developed as an ‘Iconic Walk’ for the ‘guests’ of commercial operators, necessitating use of commercial vehicles on the Summit Walk that has been closed for 56 years. This remarkable place was the scene of a turning point in Australian environmental history in 1958-65, when a coalition of Trust members, scientists, environmentalists, park staff and farmer organisations fought to protect it from despoliation by the Snowy Mountains Hydro-Electric Scheme. They succeeded and the precious alpine area above and beyond Charlottes Pass has been maintained in a near-natural state ever since.

Then there are the ski resorts, or as Masterplan has it ‘villages’. It proposes an increase of between 40% and 60% new beds. This is justified by unsupported claims for increased demand, in the face of an ever-decreasing snow season, with little more than a wing and a prayer that the sewage and water supply systems will be ‘sustainable’. This despite the current clear lack of demand for summer accommodation, as anyone who has visited the ghost town of Perisher in summer will have noticed.

Since the 1950s, the policy to resist urbanisation of the Park through an emphasis on off park accommodation has been fought for by the NPWS. It had some successes such as Skitube whose aim was to restrict further development and to reduce traffic problems on peak winter days.

Yarrangobilly Caves and Currango Homestead are both dollarable. Briefs for ‘Precinct Plans’ for both blatantly instruct consultants to find more ways to make money from these places through ‘more premium’ experiences. The proposals for Yarrangobilly: 123% increase in overnight accommodation; increased frequency of cave tours regardless of evidence of damage to the caves from existing levels of use; privatised Japanese baths for ‘an exclusive and unique experience’ on the Yarrangobilly River; an 82-seat capacity ‘unique dining experience’ open from 7am to 9pm.

At no point do these documents consider how the proposals might enhance people’s experience by showing the many values of the Park itself. Although they claim to want ‘greater access to the Park’s natural and cultural values’ they do not say how access alone will reveal these values to the anticipated wave of new visitors. Apparently more built features, more beds, and more parking will themselves produce this outcome.

It took nearly 100 years to end the damaging activity of domestic stock grazing. It has taken less than 50 for the new economic marauder of tourism to stake even stronger and more damaging claims to the treasures of Australia’s highest mountain range.

Of course, a dollar value has been put on KNP: its value for water conservation, its value for unique plants and animals, its value for isolation, but these dollars appear to be unrecognised by the current proponents of destruction.