Nuclear deterrence: a dangerous gamble we must not rely on

Nuclear weapons are deadly, indiscriminate, and have the potential to wipe out life on earth. But they are still held by a handful of states who believe that they bring security and who are so wedded to them that they cannot see what is in front of their noses.

Not all states think that their security can only be achieved by promising to incinerate millions of innocent people and destroy vast swathes of the planet. Indeed, most states in the world have renounced the idea of having nuclear weapons, and many of those states (92 so far) have signed up to the United Nations’ Treaty on the Prohibition of Nuclear Weapons (TPNW). Last Sunday marked the second anniversary of the entry into force of this treaty.

Most Australians probably do not know that a small group of people based in Melbourne were instrumental in creating an organisation that helped to bring about this treaty. ICAN – the International Campaign to Abolish Nuclear weapons – was formed in 2007 and has now spread to over 100 countries. For its work in alerting the public to the ongoing dangers of nuclear weapons and its contribution to the TPNW, ICAN was awarded the Nobel peace prize in 2017, the only time an Australian-born group has won such an accolade.

The Labor Party in 2018, and again in 2021, promised to sign the Treaty once in government, and it has shown some small movement towards re-orienting Australia’s previously hostile policy towards that agreement: the government sent an observer to the first Meeting of States Parties of the TPNW in Vienna in June last year, and also changed the Coalition’s long-standing negative vote on the Treaty in the UN General Assembly in October.

These are small but important steps, and we should encourage our government to do more to fulfil the promise made to sign. A cross-party group of MPs on Sunday wrote to the Prime Minister urging him sign up to abolishing weapons which ‘fundamentally undermine our peace and humanity’.

Support at the grassroots level is also strong. An Ipsos poll in 2022 showed 76% of Australians in support of signing the treaty. The Medical Association for the Prevention of War (Australia), the Red Cross, numerous faith-based leaders, unions, prominent Rotarians and other ‘everyday people’ support the call. On Australia Day in 2012, more than 700 prominent Australians, many of whom had been awarded honours, including sportspeople, chefs, as well as former prime ministers and defence ministers, made the same call. When celebrity chefs say that abolishing nuclear weapons is a good idea, we should listen.

Almost every one of our neighbours in Southeast Asia and the South Pacific have signed this treaty. The South Pacific and Australian legacy of nuclear weapons testing remains fresh in the minds of many, and our regional partners would certainly like Australia to support the full elimination of these most destructive of all weapons of mass destruction.

The problem seems to be the view that ‘we need nuclear weapons for deterrence’. But this is a risky gamble. Nuclear deterrence might have played a role in preventing major state warfare in the Cold War, but it cannot be relied on to protect us indefinitely. Too often, nuclear deterrence is touted as a certainty, a guarantee that we can rely on. In truth, we have come perilously close to nuclear war on a number of occasions, and our luck will not hold out forever.

Conventional weapons today are impressively destructive, and can serve as effective deterrents. As military analysts have concluded, nuclear weapons have little if any military utility, and their continued possession can only encourage other states to acquire them. Overlaying all this is the ongoing danger of deliberate – or more probably – accidental use. Among those who urged the elimination of nuclear weapons are Ronald Reagan, Mikhail Gorbachev, Henry Kissinger, and Colin Powell. All of these have noted the dangers of relying on nuclear deterrence. The call is not for unilateral or overnight disarmament, but rather a program of phased, balanced and fully verified elimination of nuclear arsenals.

The new treaty is the important legal link in this campaign. Its proponents do not expect disarmament to happen quickly, but they note its strong normative power and hope that over time, more and more states will come to denounce the uncivilised nature of nuclear weapons.

Where does this leave Australia? The new government can certainly do more to achieve this goal. One analyst suggests that ‘Australia needs to shift out of its foreign policy inertia by stepping up its role and actions’, and more specifically, that we should join the TPNW.

Sometimes a country needs to take a leap of faith. Sometimes a country can produce a visionary leader who will cut through the morass of nuclear threats and atomic paradigms and say ‘Enough!’ Australia can do this – and it does not mean that we have to abandon the ANZUS alliance. Other US allies have already joined. It’s time for Canberra to step up. 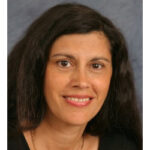 Marianne Hanson is Associate Professor of International Relations at the University of Queensland, a member of the Asia-Pacific Leadership Forum and a Board Member of ICAN Australia.