Oh what a lovely pandemic, if you can afford your own spaceship 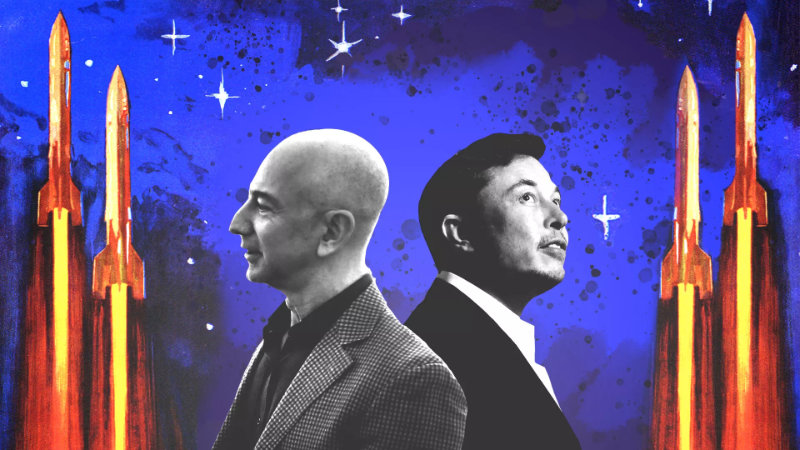 The yawning gap between the wealth of the world’s 10 richest men and the people at the bottom has exacerbated the deaths from COVID-19.

Oxfam International’s latest report on global inequality finds that while the 10 richest individuals in the world more than doubled their collective wealth since COVID-19 hit in 2020, the related result of this billionaire surge has been a deadlier and more prolonged pandemic for the rest of the world in which the incomes of 99 per cent of humanity fell, over 160 million people were forced into poverty, and billions of the poorest were denied access to life-saving vaccines.

“The predictability of it is sickening. The consequences of it kill.”

Entitled Inequality Kills, the new report states that intense global inequality is “contributing to the death of at least 21,000 people each day” — approximately one person every four seconds — even as ultra-billionaires such as Elon Musk, Jeff Bezos, Mark Zuckerberg, Warren Buffett, and a handful of others grow richer and richer with each passing hour.

In total, using data from Forbes, Oxfam found that the 10 richest men in the world saw their fortunes grow from an estimated $US700 billion to $US1.5 trillion, a rate of over $US1.2 billion per day, since the pandemic hit nearly two years ago.

“If these 10 men were to lose 99.999 per cent of their wealth tomorrow, they would still be richer than 99 per cent of all the people on this planet,” said Oxfam International’s executive director, Gabriela Bucher. “They now have six times more wealth than the poorest 3.1 billion people.”

The outrageous wealth of these billionaires is not simply benign inequality, says the group. An economic system that allows a handful of individuals to amass such vast fortunes while billions go hungry and without proper medical care during a pandemic, according to Oxfam, is an overt act of violence aimed at huge swaths of humanity.

“The coronavirus pandemic has been actively made deadlier, more prolonged, and more damaging to livelihoods because of inequality,” states Oxfam in their report. “Inequality of income is a stronger indicator of whether you will die from Covid-19 than age. Millions of people would still be alive today if they had had a vaccine — but they are dead, denied a chance while big pharmaceutical corporations continue to hold monopoly control of these technologies. This vaccine apartheid is taking lives, and it is supercharging inequalities worldwide.”

As the overview of the report states:

The wealth of the world’s 10 richest men has doubled since the pandemic began. The incomes of 99 per cent of humanity are worse off because of Covid-19. Widening economic, gender, and racial inequalities — as well as the inequality that exists between countries — are tearing our world apart. This is not by chance, but choice: “economic violence” is perpetrated when structural policy choices are made for the richest and most powerful people. This causes direct harm to us all, and to the poorest people, women and girls, and racialised groups most.

Inequality contributes to the death of at least one person every four seconds. But we can radically redesign our economies to be centred on equality. We can claw back extreme wealth through progressive taxation; invest in powerful, proven inequality-busting public measures; and boldly shift power in the economy and society. If we are courageous, and listen to the movements demanding change, we can create an economy in which nobody lives in poverty, nor with unimaginable billionaire wealth — in which inequality no longer kills.

“Billionaires have had a terrific pandemic,” lamented Bucher. “Central banks pumped trillions of dollars into financial markets to save the economy, yet much of that has ended up lining the pockets of billionaires riding a stock market boom. Vaccines were meant to end this pandemic, yet rich governments allowed pharma billionaires and monopolies to cut off the supply to billions of people. The result is that every kind of inequality imaginable risks rising. The predictability of it is sickening. The consequences of it kill.”

In response to the report, US senator Bernie Sanders on Sunday night issued a simple prescription to combat the current reality. “Tax the billionaires,” said Sanders. “Invest in the working class.”

According to Oxfam, if just the top 10 billionaires alone paid a 99 per cent tax on their windfall profits generated during the pandemic, it be enough to pay for “vaccines for every person in the world, universal healthcare, and social protection.”

Abigail Disney, Walt Disney’s grand-niece and a member of the US-based Patriotic Millionaires, which advocates for higher taxes on the rich, agreed with Sanders that the solution is clear.

“The answer to these complicated problems is ironically simple: taxes,” said Disney. “Mandatory, inescapable, ambitious tax reform on an international level — this is the only way to fix what is broken.”

“Without high-functioning governments actively using plentiful resources to redress these injustices,” she added, “we will head yet further down the rabbit hole the wealthy class has dug for us all. There is more than enough money to solve most of the world’s problems. It’s just being held in the hands of millionaires and billionaires who aren’t paying their fair share.” 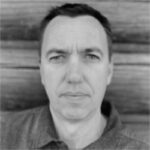