An introduction by Peter Sainsbury to an article by Brendon Wu concerning John Kerry as President Biden’s Special Presidential envoy for Climate.

There can be absolutely no doubt that the election of Biden as president and his appointment of John Kerry as ‘Special Presidential Envoy for Climate’ are good news for climate action in the USA and globally – certainly a million times better than the alternative that was on offer.

Biden recognised early in his campaign the importance of appealing to environment-conscious voters and significantly increased his rhetoric and promises. By creating this new role and appointing Kerry, Biden is clearly signalling that action on climate will feature strongly in US policy domestically and internationally. While US Secretary of State, Kerry was instrumental in ensuring the success of the 2015 COP meeting and has continued to be a strong voice for climate action. Kerry’s experience in foreign affairs, combined with being a member of the President’s cabinet and the National Security Council, further emphasises Biden’s commitment to ensuring climate action is part of the government’s complete agenda, not a stand-alone issue. Kerry is an experienced politician who plays by the established ‘conservative’ rules of US politics and international diplomacy. This can be an advantage but could also be a two-edged sword: will he be able to act as boldly and quickly as the situation demands? And, as highlighted by the article below by Brandon Wu of ActionAid, will he be able to develop and implement a climate agenda for the USA that is necessary to tackle the crises facing the international community in the 2020s, or will he take the USA back to its superficially supportive but extremely half-hearted and selfish climate policies of the pre-Trump era?

After four years of climate denial at the top of the U.S. government, the appointment of John Kerry as a climate envoy for the next administration is a bit of a breath of fresh air. Having an administration that believes that the climate crisis is real, and takes it seriously enough to create high-level White House positions to deal with it, is obviously far better than the alternative.

But let’s not forget the scale of action and transformation that addressing the climate crisis demands. If we are going to avert runaway climate breakdown, we need the Biden administration to be orders of magnitude more ambitious in transforming our energy, food, and economic systems, than any previous administration. We are going to need a new level of recognition of U.S. responsibility and capacity for action, with global solidarity at the core of our belief.

The Biden administration has to deal with the stark reality that after four more years of climate inaction – on top of 30-odd years of little to no action since the beginning of international climate negotiations – business-as-usual solutions to climate change are even more inadequate than they were before. While the continuity of John Kerry as Obama Secretary of State, to John Kerry as Biden climate envoy, may be welcome diplomatically for some, we cannot afford to just go back to old negotiating tactics and climate policies.

Out with the old …

Under previous administrations, U.S. negotiating strategies were more focused on maintaining U.S. economic and geopolitical dominance rather than on finding ways to work collectively and constructively with other countries to solve the climate crisis. Divide-and-conquer tactics – playing blocs of developing countries against each other using bullying tactics and power politics – were the norm. U.S. politicians also relied heavily on “national security” framing, emphasizing the importance of U.S. interests above the needs of shared human society.

To their credit, the Obama administration proactively re-engaged with international climate negotiations after a long U.S. absence. But the Obama State Department negotiating team – including while Mr. Kerry was at the helm – trumpeted “U.S. climate leadership” while undermining core principles of the United Nations Framework Convention on Climate Change. The principles that especially came under fire from U.S. negotiators were those around equity and fairness – the idea that the U.S. and other historically industrialized countries should do more, faster, than poorer countries.

So what did U.S. climate leadership look like with Secretary Kerry’s negotiation team? The U.S. commitment for emissions reductions under the Paris Agreement was 5-6 times weaker than our fair share. The U.S. was a perpetual roadblock to progress on key negotiations around financial support for poorer countries. The U.S. tried to ensure that it could never be held liable for the damage caused by climate impacts in vulnerable countries and has no obligation to support them – a hard-line position that nearly torpedoed negotiations on multiple occasions.

John Kerry, as President-Elect Biden’s climate envoy, must break from Obama-era policies and negotiating practices. The U.S. has never been a climate leader – quite the opposite. For the U.S. to really lead, Kerry must pioneer an approach that has true international cooperation, global solidarity, and respect for human rights and justice at its center. First and foremost that means he must find a way to convince the world that the U.S. is genuinely ready to do its fair share – meaning deep emissions reductions at home and massively scaled up international support for poorer countries.

In his speech yesterday accepting the position of presidential climate envoy, Mr. Kerry fell back on outdated and misleading talking points. “No country alone can solve this challenge. Even the United States, for all its industrial strength, is responsible for only 13% of global emissions.” The first sentence is absolutely correct. The second is an incredibly dangerous underestimation of the U.S. responsibility for the climate crisis.

Old-style U.S. climate diplomacy dictated that U.S. officials ignore this basic fact in favor of finger-pointing at other countries, particularly developing economies. There is no pathway to successful global cooperation with this kind of behavior. The only U.S. climate diplomacy that gives us a chance at solving the climate crisis is a completely new version – one in which the U.S. recognizes its true responsibility and commits to urgent action at a huge scale. The United States must pull our weight – not just throw our weight around to try to get other countries to act so that we don’t have to.

In with the new?

Donald Trump was a disaster for the climate, but a repeat of previous U.S. climate diplomacy and inaction will be a disaster as well. Simply being better is not going to be enough. We hope that Mr. Kerry and other climate leaders in the Biden administration recognize this fact and are planning a new, less exceptionalist, more equitable vision of U.S. climate leadership.

We look forward to working with Mr. Kerry and the Biden administration to ensure that they act with the urgency that the crisis demands, rather than simply going back to the failed pre-Trump status quo.

Brandon Wu is Director of Policy and Campaigns, ActionAid USA. Twitter: @brandoncwu. This article originally appeared on ActionAid USA’s website and has been reproduced with the permission of the author. 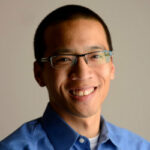 Brandon Wu is Director of Policy and Campaigns, ActionAid USA. Twitter: @brandoncwu. This article originally appeared on ActionAid USA’s website and has been reproduced with the permission of the author.