On Australia Day we must proclaim an Indigenous Voice to Parliament 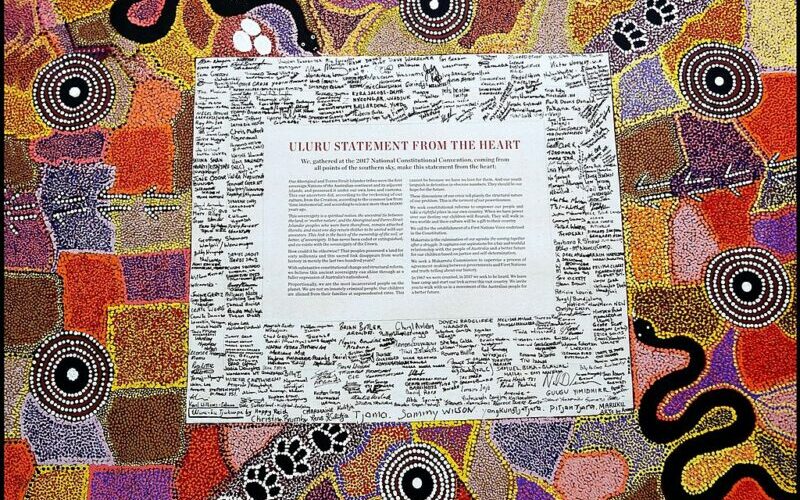 The Uluru Statement from the Heart invites us all to walk with Indigenous Australians towards a better future. Let’s say yes.

In the week before Christmas 2021, as Australians were doing their best to struggle towards the finish line for the year, concentrating on avoiding Covid infections as best they could, the federal government quietly released the Final Report of the Indigenous Voice Co-design Process – a document that, with no good reason, it had been sitting on since July.

The Co-design Process began in 2019 with a prohibition on consideration being given to the central, respectful request in the Uluru Statement from the Heart for a national Indigenous Voice enshrined in the constitution.

As such, it can be reliably assumed the Morrison government hoped as few people as possible would notice that the process had ended quietly and predictably without the slightest evidence of progress towards, or even polite response to that central, respectful request.

Of course, the Co-design Process, at least as far as the issue of a Voice in the Constitution goes, was set to fail from the beginning. This is because you can’t “design” an institution or process for how a “constitutional voice” would work in practice if it’s a voice you’re not allowed to have or even consider – a plain fact pointed out by the Indigenous Law Centre and the University of New South Wales in their expert analysis of the public consultations conducted on the Co-design.

What has become clear during the Co-Design Process is that it is not appropriate to divorce “design” of a First Nations Voice from the question of constitutional enshrinement. In the course of “designing” the form of an Indigenous Voice, the question of its constitutional status must be determined, as this will influence policy choices including around its function, its interaction with other arms of government and particularly the Parliament. Furthermore, it will influence the independence, stability and funding of the Voice.

So much for the usefulness of the Co-design Process as a response to the central, respectful request. It is some small compensation that the Co-design efforts may not yet be entirely wasted. At least they ended with the establishment of a system of Local and Regional Voices, which may help somewhat in closing the current appalling gap between Indigenes and non-Indigenes on some of the indicators of wellbeing that are central to the dignity and security of any nation.

But as far as securing rights or even mere recognition in the constitution goes, the best that can be said is that the co-design process is more likely to have added years, perhaps decades (if we let it), to the realisation of what should be seen as the essential arrival of a First Nations Voice in the constitution.

While the Prime Minister, Scott Morrison, has stated that closing the gap is his highest priority, there are no grounds on which he could reliably predict success on that front.

For a start, many of the targets in the Closing the Gap framework currently being monitored by the Productivity Commission are not set up so that they aim to actually “close” the gap.

Some targets are so feeble that, if we stuck with them, the gaps would not be closed inside a century. On the one target that is “ambitious” – Morrison’s most cherished target of reduction of suicide among Indigenes to zero (a target which, if met, would quite strangely reverse the gap rather than close it) – he is on course to a painful failure. Indigenous suicide is rising.

But regardless of whether the gap begins to narrow, it is certain that the Morrison government does not wish to address the main thing that has caused the gap to be so big in the first place. Through more than 200 years of exclusion of Aboriginal and Torres Strait Islanders from having a secure Voice protected as a right in the constitution, Australia has embedded and widened the gap. It has compounded the atrocity of dispossession.

For these stolen lands, stolen children, stolen generations, stolen heritage and stolen futures, there has been no genuine rapprochement. And failure to solve the causal constitutional issue of the equal status of the Aboriginal race – failure to respectfully acknowledge the evident validity of the coexistence of the sovereignty of First Nations with that of the Crown – this failure will continue to both beggar Indigenous Australians and debase non-Indigenous Australians until it is addressed.

The only gesture towards consideration of a constitutionally enshrined Voice in the Co-design Process was a tentative offering of a design for a “National Voice”. However, while the form of the proposed National Voice did not rule out constitutional recognition, it did nothing to facilitate it either.

The possibility of implementing a National Voice before the 2022 election was ruled out. On balance it may be concluded that the National Voice, as recommended, is likely (if it is ever legislated) to put more blocks in the way of a referendum on an Indigenous Voice in the constitution.

As designed, it will embed a model that merely obliges the government and parliament to seek the advice of the National Voice on (unspecified) issues which “overwhelmingly relate to Aboriginal and Torres Strait Islanders” but does not oblige the government or  parliament to heed that advice or be accountable for its decisions.

The National Voice would impose no genuine accountability on the parliament, regardless of the degree to which it may reject the advice of the National Voice and thereby directly harm the legitimate interests of Indigenous and all other Australians.

An equal, secure Voice it is not. A promise of genuine justice in law-making it is not. And while the government’s obligations for transparency increased (at least on any consultation conducted for bills to be considered by parliaments), the fact remained that “all elements [of a bill/act of parliament] would be non-justiciable, meaning that there could not be a court challenge and no law could be invalidated based on  whether there was alignment with the consultation standards or transparency mechanisms.”

That has to be regarded as a step backward, not forward.

Indeed, the debate on constitutional recognition has been moving away from consensus instead of towards it since 2017. Prior to 2017 there was broad cross-party agreement about referendum proposals to remove sections 25 and 51(xxvi) of the constitution, which currently permit discrimination on the basis of race in lawmaking, and to include a new section on prohibition of racial discrimination in law-making that does not limit powers to make laws that will overcome disadvantage within a cultural group.

But once the 2017 Uluru Statement from the Heart called for a Voice in the Constitution to protect the rights of Indigenes, this seemed suddenly to be a step too far for conservatives. The parliamentary Joint Select Committee of 2018 asserted that bringing “a new element, The Voice, into the debate … rejected much that had gone before in terms of proposals for constitutional recognition”.

Of course, the call for a Voice in the Constitution did no such thing. But the stark rejection of discussion about a constitutionally enshrined Voice in the Co-Design Process signalled that some politicians thought a line had been crossed.

It is as though removal of the power to discriminate against the Aboriginal race is tolerable, but giving them a positive right of self-determination in the constitution is not.

This latter right, however, is nothing that Indigenous races are not already considered to be entitled to under international conventions, including the United Nations Declaration on the Rights of Indigenous Peoples. Indeed, the right to self-determination is an entitlement of non-Indigenous Australians under similar conventions and there is no reason why all Australians should not have that right protected under our constitution.

At present, it is protected for none of us and in these terms the constitution is well past its use-by date. Apart from a specified right to freedom of religion, Australians enjoy no other human rights guaranteed in their constitution.

Those we might have assumed we have, such as the freedom to peacefully protest, have been progressively wound back over the past 20 years. As human rights expert Isabelle Reinecke has said, “Australia is the only democracy in the world without a national human rights framework.”

Now we have a ridiculous situation where the Morrison government is prioritising religious discrimination legislation to protect the one human right that is already protected in our constitution.

It is unnecessarily legislating to protect a right that is already secure and which disproportionately advantages one group of Australians, while refusing to grant other secular democratic rights to all Australians — rights which are fundamental to the health, security and wellbeing of our entire society, such as the right to free speech, freedom of assembly, a free press and freedom from discrimination on the grounds of race, gender and sexual preference.

It may not have always been so, but Indigenous and non-Indigenous Australians are now equal in their lack of secure human rights. First Nations, however, have the edge on others in knowing how painful this loss of rights to self-determination and equality can be. Still, they have put that pain aside.

In the Uluru Statement from the Heart, Australia’s First Nations issued the most gracious of invitations to “walk with them in a movement of the Australian people for a better future”. They meant a future of secure, equal rights. Their call for a Voice in the constitution is neither more nor less than the Voice we would all wish for.

Their call for “power over their destiny” is the same as the power we would all wish for. If we say yes, they can be released from “the torment of their powerlessness” and Australians together can create a new constitution to protect Indigenes and non-Indigenes alike from powerlessness as we enter a very insecure period for democracy and rights. It’s a timely and gracious invitation and a gracious reply is the least we can do for their children and ours. Let’s say Yes before it is too late. 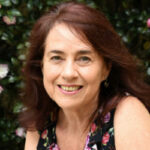