On back of urgency on climate, Australia is tipping centre-left 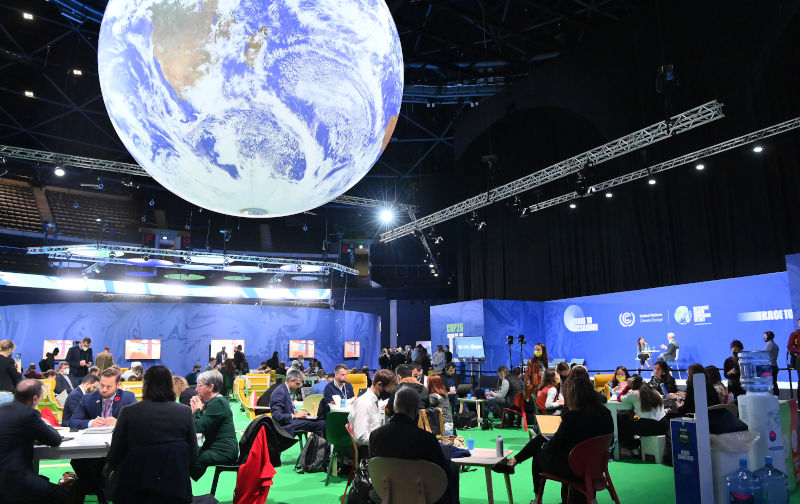 In the last three years two political notions took life in Australian politics, overlapping and undercutting one another as political alignments became more confused. One notion simmered on the conservative side: that as a wily marketeer Scott Morrison could hold power with coal seats in Queensland and the Hunter even if Australia became the standout laggard on climate action of all the world’s developed nations. On Saturday morning he told a mutual friend he was confident of victory – presumably because the teal challengers would prove a damp squib.

Perhaps, he figured, only Zoe Daniel in Goldstein and Kate Chaney in Curtin were likely to win, with a cunning campaign of coal fundamentalism winning Hunter from Labor and other regional seats. Morrison would thus be able to celebrate making a reluctant and last-minute commitment to net zero to ward off challenges in Wentworth and other vulnerable seats; but allowing Barnaby Joyce and Matt Canavan to work away underground, full of tricks, like the Nibelungen in Wagner’s Ring Cycle.

This cunning was undercut by the other notion simmering away in Australian opinion over the last three years: that the climate shift was fundamental and required urgent response. In one manifestation this combined the appeal of female independents pioneered by Cathy McGowan who had won Indi in 2013 and the climate urgency symbolised by Zali Steggall who had defeated Tony Abbott in Warringah in 2019.

The urgency was confirmed by international climate diplomacy galvanised around COP26 in Glasgow last November. And it accorded with the local evidence on the ground. The fires and the floods were ominous proof that a climate shift was upon us. Human activity had warmed the land surface bringing fires earlier and making them bigger; and changing our hydrology. Solid polling commissioned by the Australian Conservation Foundation from YouGov last year and in March this year confirmed a strong co-relation between electorates that rated high the need for more action on climate and strong shifts on Saturday to Labor and climate friendly independents and Greens.

These 20 seats include Ryan, Chisholm, Boothby, Hasluck and Reid. By tomorrow the ACF will be able to match this with exit polling data but the voting figures on Saturday confirm the message: climate shifted votes beyond the Teal seats.

Matt Canavan and the Coalition sunk an estimated $700,000 into the northern part of the Hunter electorate, where Dan Repacholi was replacing Joel Fitzgibbon as Labor candidate, only to see the Labor margin increase. Despite Canavan attacking net zero, the Nationals went back 7 per cent in Capricornia taking in Rockhampton where Canavan has his Senate office.

The Nationals went back 5 per cent in Flynn making that seat 51-49, another area where the coal attack was supposed to gain ground. Farmers for Climate Action, set up in 2015, claims that it’s recruited 7,000 members from a base of 90,000 Australian farms. Nationals now have to defend Cowper and Nichols as marginal seats because they were savaged by 9 per cent and 15 per cent swings respectively.

Their climate attacks failed in the country after fuelling teal candidates in the city with their most potent argument: that Frydenberg and the others talked climate but loyally voted in parliament with Nat deniers.

A concern with climate wasn’t just a force in the wealthy enclaves dashed from Liberal incumbents by teal independents. The prime minister’s notion that only privileged people, unaffected by the economic cycle, are able to indulge themselves by voting on climate is a false construct – as if the broad electorate wasn’t watching TV footage of fires in Greece and California and floods in Germany that matched climate events in Australia. Only the urgency of climate can explain why the Coalition lost seats to the Greens.

Despite $80 million of Clive Palmer’s money and a big bogey in anti-vaxx sentiment the resurgence of the United Australia Party was overshadowed by ballooning in votes for the Green Party. The populist right was gutted, devolving into the mutual cannibalism of the UAP and One Nation with Pauline Hanson battling for her Senate seat (though mUAP might claim its first Victorian Senate berth).

Yes, it may be a narrow margin. But according to any international taxonomy Australia is now positioned as a centre-left nation. Of course in a democracy the categorisation only stands till the next election. But Saturday’s shift was overwhelmingly about what Martin Luther King called “a fierce urgency of now” and the urgency was about one issue. It was only possible because the country boasts a higher civic IQ than Scott Morrison or Barnaby Joyce had calculated.

Bob Carr is the longest serving Premier of NSW and Australian Foreign Minister who retired in April as Professor of Business and Climate at UTS.