ANDREW GLIKSON -The roots of the climate catastrophe

It is not a mere coincidence that extreme right wing movements reject the scientific evidence for anthropogenic climate change, which reflects their connections with the fossil fuel corporations from whom they receive funding, as well as a lack of concern for the living world. In the wake of Benito Mussolini’s adoption of “fasces” (a Roman symbol consisting of a bundle of birch rods enveloping an axe) as a symbol of his movement, the term fascism, for which there is no precise synonym in the English language, acquired universal consequence (). Although the Nazis were beaten in WWII, a plethora of parties―including neo-Nazis, characterized by violence, defense of the rich and hate of colored-skin people, immigrants, minorities, Jews, socialists, intellectuals and scientists―is rising around the world.

With few exceptions extreme right movements encourage the recourse to wars―orgies of death driven by irrational and mercenary factors. Factors leading to war include: 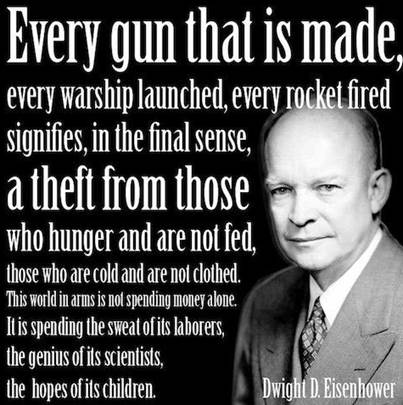 In the deep-time roots of modern civilization are subconscious atavistic child sacrifice traditions aimed at appeasing the gods, as exercised by the Canaanites, Olmec, Aztecs, Maya, Inca and the more recent sacrifice of young generations, such as WWI, which claimed some 37 million lives. The natural kindness of individuals is swamped by such murderous rituals, culminating in a perpetual state of war (https://www.theatlantic.com/international/archive/2011/05/how-perpetual-war-became-us-ideology/238600/).

The origins of ecocide can be traced as far back as the application of fire, enhancing the human effects on the environment by orders of magnitude. Gathered around campfires during the long nights over hundreds of thousands of years, captivated by the flickering life-like dance of the flames, humans developed insights, imagination, cravings, hopes, premonitions of death, aspirations towards immortality, omniscience, omnipotence, beliefs in spirits and gods, and fear. Once climate conditions stabilized, humans were able to pursue these dreams, constructing monuments for their gods and rulers. Fear, an instinctive sense arising in animals when endangered, is created in the human mind allowing it to foresee or imagine risks in advance. Since at least 500,000 years-ago, and likely earlier, the yearning for immortality has been expressed in ritual burial.

It is the fear of death, humans experience all around them, they try to conquer through belief in an afterlife, through acts of great courage like dangerous adventures, and through wars, defying death through death, as in the Aztec war song (http://indians.org/indigenous-peoples-literature/aztec-warrior-poems.html):

Nothing like flowering death, so precious to him who gives life,

Far off I see it, my heart yearns for it.

Once Pantheism, with its reverence of nature, gave way to monotheism, the focus of human worship has shifted to sky gods, and nowadays to a space cult promoted by vested interests, including some scientists, diverting attention away from the climate catastrophe.

With the rise of empires the forests, decimated around the Mediterranean, became victim to logging. Initially oblivious to the effects of carbon emissions, since about 1970 it became clear they are changing the composition of the atmosphere, but despite dire warnings civilization is choosing a Faustian bargain at a terminal cost for humanity and nature. There is a growing probability climate tipping points of no return are being crossed and that the consequences of global temperature rise above 1.5 degrees Celsius may be fatal for civilization and much of nature, rendering large parts of the continents uninhabitable (http://nymag.com/intelligencer/2017/07/climate-change-earth-too-hot-for-humans.html).

The primeval cult of death expressed by the male ego in wars is contrasted with the life-giving nurturing nature of females. With exceptions, matrilineal societies such as exist in parts of Africa, Southeast Asia and India (https://www.britannica.com/topic/matrilineal-society) are more peaceful and nature-friendly than patriarchal societies. Among matrilineal societies, the Minangkabau of Sumatra, Indonesia, is the world’s largest. Here land and houses are inherited through female lineage. (https://www.psychologytoday.com/au/blog/out-the-darkness/201410/if-women-ruled-the-world-0; https://www.bbc.com/news/world-21661744; https://www.theguardian.com/global-development-professionals-network/2014/aug/11/women-conflict-peace-society).

In a metaphoric sense the phenomenon of life mimics the polarized duality of positive and negative physical forces in nature, symbolized by the Brahma-Vishnu-Shiva cycle and the Yin and Yang. Once a species acquires the power to ignite fire, split the atom and control the electromagnetic spectrum, the species needs to be infinitely wise and responsible if it is to avoid self-destruction and mass extinction in nature, from which it sprang. 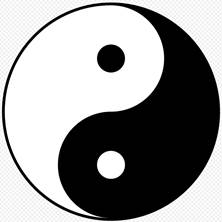