Indonesian sex ban: One law for us, another for them? 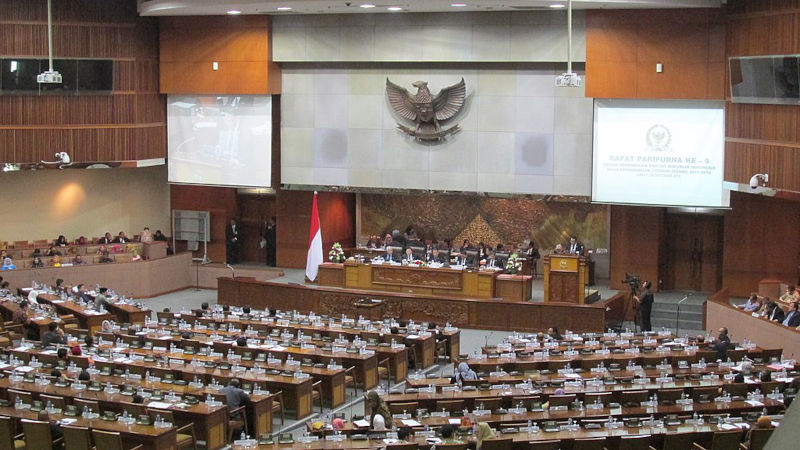 It seems Indonesia’s new bonk-ban laws are discriminatory and racist. Bad news if you believe legal systems should be impartial, but good tidings for ‘bule’ (white skin foreigners). So sayeth a governor.

The national parliament in Jakarta this month unanimously passed a law with 624 articles across 37 chapters, an overdue clean-up of the century-old criminal code left over from the Dutch colonial era.

The section banning sex outside marriage has aroused concern and ridicule; implementation will be impossible; easier to prohibit gravity.

But the new laws go beyond the bedroom into newsrooms and places where people talk, write, blog, vlog and tell the world their thoughts and pains. That’s all part of being a democracy. Indonesia claims to be a member.

But should a free-speech exerciser defame (whatever that means), the President, his ministers, the five-point national ideology of Pancasila and just about anyone claiming VIP status, then the clink beckons. There’s no defence of truth.

Likewise with blasphemy, encouraging apostasy, treason and publishing fake news or anything which creates disturbance or community unrest. Which is what the new laws have done already.

Article 424 covers the sale and supply of alcohol. Indonesian celebrity lawyer Hotman Paris commented: ‘The article doesn’t make sense, there’s no legal reason and it must be removed from the face of this earth.’

A woman who’s had an abortion faces up to four years in jail. A section on ‘indecent acts’ could target non-heterosexuals. However, there’s a positive – death sentences can be turned to life imprisonment if the offender behaves well for a decade and shows remorse. Take note, USA.

At first, it was said the new laws applied to everyone in the Muslim-majority country. Then Governor Wayan Koster assured foreigners in Bali they’re exempt.

This is a curious pledge akin to the Northern Territory Chief Minister Natasha Fyles telling visiting US troops on rotation from Oregon (which has de-criminalised much drug taking) that they can ignore Australian laws.

Former mathematician Koster is a member of the Republic’s most powerful political party. As Governor of Bali, one of Indonesia’s 38 provinces, his words should carry clout.

But he isn’t a national legislator (though he was for 14 years), legal academic, public prosecutor or top cop, positions which might strengthen his assurance.

So when he says ‘there’ll be no checking on marital status … at any tourism accommodation,’ can foreign unmarrieds who share the same bed rest easy? Maybe not.

Koster suggests the police will only sniff for locals, but no one will know till the laws are exercised three years hence.

Much of the international media has focused on the sexy bits, but Human Rights Watch researcher Andreas Harsono takes a drone view of the political landscape:

‘The laws are a setback for already declining religious freedom in Indonesia and could be misused to target certain individuals.

“The danger of oppressive laws is not that they’ll be broadly applied, it’s that they provide avenues for selective enforcement, endangering sexual, religious and ethnic minorities… providing an avenue for extortion.’

At a media conference the US ambassador to Indonesia, Sung Kim shifted the debate to the boardroom, foreseeing a ‘negative impact on the investment climate.’

Speaking bluntly is risky in a nation sensitive to outsiders’ opinions, as the UN resident coordinator in Jakarta, Valerie Julliand, discovered.

“Some articles have the potential to criminalise journalistic work… Others would discriminate against, or have a discriminatory impact on, women, girls, boys and sexual minorities.

‘The code could also affect reproductive and privacy rights and exacerbate gender-based violence based on sexual orientation and identity.’

Ironically, Indonesia has been a member of the UN Human Rights Council for the past two years. Its role ends this month.

Indonesian academic Moch Faisal Karim claimed his country’s human rights advocacy at the UN ‘is often inconsistent and half-hearted.’ He wrote this before the new law so may escape censure.

The Foreign Ministry summoned Julliand for a dressing down, saying the UN should ‘have consulted with the government before airing its misgivings.’

Sung Kim didn’t get called to explain, but he’s been told to butt out by the country’s peak Islamic body the Majelis Ulama Indonesia (Islamic Scholars’ Council).

Deputy Chair Anwar Abbas said the Ambassador’s statement ‘had the quality of taking sides and a threatening tone. The US appears to have an ambition of forcing or pressuring Indonesia to provide space for LGBT practices and sex outside of marriage.

‘If the US insists on pushing through this position and view, then the MUI explicitly declares: Go to hell with US aid and investment which damages the nation’s religion and culture.’

Then the cruncher dismaying those hoping that advancing humanity’s universal needs could overtake insularity: ‘We want to live with our own identity, not with the identity of other people or nations.’

Indonesia is constitutionally secular, but 88 per cent of the population follows Islam. The new laws appear to be appeasing ultra-conservatives hostile to ‘liberal Western values’, than ensuring justice and protecting the rights of all.

Melbourne University law Professor Tim Lindsey writes that many provisions are ‘dangerously vague and wide in their scope … empower(ing) the state at the expense of citizens.

‘This deeply flawed new criminal code is likely to meet with stiff opposition from lawyers and activists, including protests, even though the new code bans ‘unannounced demonstrations.’ It’s inevitable it will end up in the Constitutional Court’.

In the meantime best wear a wedding band in Bali, only talk about the weather and keep the Governor’s number on speed dial.