One minute to midnight: only fresh thinking can tackle climate and biodiversity crises 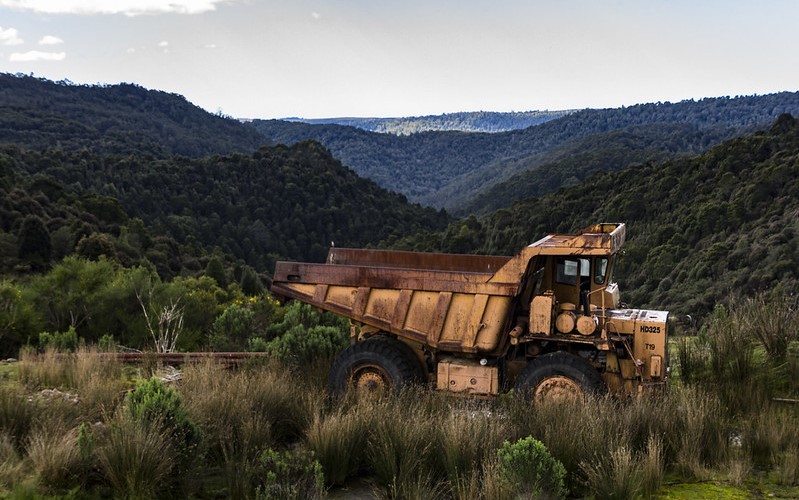 The world’s biodiversity will continue to deteriorate even if temperature rise was arrested. The question for the Glasgow summit is whether our emission-driving economic system can respond.

The world’s environmental crisis is caused by human desecration of the natural environment which sustains all species including humans. We struggle to accept this because environmental plunder is ingrained in our philosophy of growth, progress and prosperity.

Some now seek retribution for our own excesses by clutching at the legal concept of ecocide, which means “killing one’s home”. Stop Ecocide International has been created to provide laws to protect the earth and the crime would be on a par with genocide. This reflects the desperation of those who understand the consequences.

The recent Kunming Declaration at the UN Biodiversity Conference (COP15) was “Ecological Civilization: Building a Shared Future for All Life on Earth” and the task was “putting biodiversity on a path to recovery is a defining challenge of this decade”. Media coverage was a small fraction of that devoted to the upcoming 2021 United Nations Climate Change Conference (COP26). Yet one can reflect that this crisis will still proceed, though more slowly, even if one of its causes, climate change, is resolved, for its fundamental cause is plunder of the natural environment for economic gain by a population too large for the world’s finite natural resources.

The fundamental problem is that governments, commerce, media and much of humanity fail to understand the complexity of ecosystems, their increasing fragility and the impacts of their decimation, which so far mainly remain hidden. As just one example, our life support system of food production depends on countless species of the soil’s worms, fungi and bacteria to maintain its ecological structure and by the pollinators, birds and animals which control pests and enhance productivity.

For several decades such a failure of understanding by humanity and its inadequate governance systems has existed for climate change. Despite the increasingly secure science, it has taken the experience of universal fire, flood and storm for us to recognise that we are threatened and our economies will require costly everlasting reparation.

We can measure the effectiveness of remedial actions on climate change by parts per million of carbon dioxide, or degrees above pre-industrial average temperatures. We can measure atmospheric methane levels, localise them and could sanction the producer.

It is much more difficult for governments in developed countries to recognise the impact the loss of ecological systems on our lives. Yet the evidence is already present in the developing countries of Africa and in the Middle East which are prone to conflict due to ecological change and indeed conflict already exists in some. Thankfully one can reflect that conflict between the states over ecologically deteriorating Murray River water is still verbal.

An understanding of biodiversity and ecological services is beyond most governments and indeed when explanations are offered to ministers by scientists and environmentalists, eyes glaze over because sitting before them is a leftie-greenie disguised in suit and tie, a cultured revolutionary. The world these politicians live in and understand has been created by consumption of the natural environment.

Who will lead a government using those parts of the brain lying dormant since the era of exploitation became the dominant force of civilisation? Some clues are evident from the brain function of savants and those with variants of Asperger’s Syndrome such as Greta Thunberg which are so different they can cut through the current illogicality.

In this context it is not surprising that environmental care by the Australian government over the past decade is characterised by ministers who cannot understand the scientific complexities of their task or choose not to do so because it threatens their ideology. They have presided over increasing deterioration of the nation’s environment as evidenced in their own reports and those from independent organisations such as the annual Environmental Explorer report from the Australian National University.

In addition biodiversity is an extremely complex issue which requires interconnectivity between the different scientific disciplines as explained by Professor Corey Bradshaw, professor of global ecology, Flinders University. Such interconnectivity does not exist between the many government ministries needed to take action.

The recent review of the Environment Protection and Biodiversity Conservation Act by Professor Graeme Samuel led to the recognition that the government’s main interest was in the words of Environment Minister Sussan Ley “it will allow projects to be fast-tracked”. The professor’s recommendation of an independent referee was rejected. A proposal to pass significant environmental responsibility to the states has so far led to rejection of the revised Act by the Senate. Most recently the minister has abandoned expected protection of many threatened species.

The mendacity of this transfer of responsibility is evident from the existing abysmal environmental record of the states with eastern Australia listed by WWF as a world hotspot for deforestation; only Brazil, Bolivia, Madagascar and Borneo have a worse record.

South Australia is the most recent state to report on its natural environment with a review of its Native Vegetation Act 1991 by the state’s Natural Resources Committee. Since the Act commenced, about 500.000 hectares of land have been cleared, leaving 26 per cent of native vegetation across the agricultural districts of South Australia and about 10 per cent in the Adelaide Hills area. The impact on threatened species and ecological communities has been severe. Most applications for clearance are made under regulations using landholder self assessment and not surprisingly are approved.

However South Australia is by no means the most dangerous of the states for environmental malfeasance; there are daily news items such as the Victorian auditor-general’s damning report to protect biodiversity and continuing clearance of native vegetation for grazing under the Northern Territory regulations.

Australia is an unsustainable continent without effective environmental and climate resilience policies. On climate mitigation and biodiversity we need urgent emission reductions and a new national environmental act which must have statutory status distant from political manipulations. The forthcoming election must result in a parliament which can provide these. The current two-party system which places party and personal interests above all other considerations must be broken by incoming independent members.  Policy must be based on consensus science and not on the lowest common denominators to ensure party unity and power.

As for COP26 in Glasgow, it is already becoming clear that this meeting is not about a nebulous and questionable commitment to targets but whether our emission-driving economic system can respond, taking into account the panoply of conflicting political and corporate interests in both climate warming and the ecological systems of the world. The question is whether our government will take to Glasgow a credible environmental and climate policy and even more importantly whether it will deliver it.

The omens for our environment are poor for at the G7 Scott Morrison blustered to the world: “Australia is a frontrunner when it comes to taking action to conserve our biodiversity…”