Many of you will have spotted recent media reports that our University, the University of Sydney, contracted the chartered accountancy firm McGrathNicol Advisory, to provide an external audit of the patterns of foreign interference in the workings of our institution.

Last week, I wrote to the Vice-Chancellor to seek clarification of the contract and its potentially far-reaching implications. I have received no reply.

These reports appear to be accurate, and it is therefore understandable that colleagues have begun to express surprise at the arrangement. McGrathNichol is after all a business. Its advertisements say that it aims to help other businesses deliver value and achieve their market goals. We are by contrast a university with a special history, a working culture of teaching and research, and an ethos of worldly wonder, global vision and public service commitment. And there is the point that our administration, for some time, has been pressuring us to be frugal – mindful of our budgetary burdens and challenges.

Obvious questions arise: did our University administration teams pay attention to the potential incongruity of our University working with a for-profit chartered accountancy firm? And since external audits never come cheap, what exactly was the agreed cost of this exercise to our institution?

There are further concerns. The lead consultant who reportedly headed up this investigation is John Garnaut. He is advertised as an expert who provides multinational corporations, government agencies, hedge funds and other bodies with foreign interference and espionage risk reviews. Whether or to what extent Mr Garnaut is familiar with the specifics of university life remains unclear

The publicly available evidence suggests that the former journalist and short-stretch Turnbull government adviser has no track record of involvement in university research projects. He has not published scholarly works; and he appears to have no special familiarity with the complex workings of the university sector. He does have a personal preoccupation with one country in particular – the People’s Republic of China. And details of his work are known to our University staff and students because of his implication in a Federal Court of Australia defamation case launched successfully by Dr Chau Chak Wing against a 2015 article written by Mr Garnaut – a defamatory piece, Justice Michael Wigney noted in his concluding judgment, that had used “sensationalist, hyperbolic and generally derisive language” and had failed to distinguish “suspicions, allegations and proven facts”.

Such details are prompting colleagues to ask additional questions: from the outset, when the contract with the chartered accountancy firm was signed, what type of foreign interference and espionage did our University administration suppose we are facing? And since we are engaged in a vast range of external activities and links, was the scope of the McGrathNichol audit truly global? Or was it implicitly confined, along the lines of the federal government’s Foreign Influence Transparency Scheme (2018), to just a few countries, or one country? Perhaps the United States? Or is it the People’s Republic of China?

The recent media reports included a brief general statement about ‘risks’ by an unnamed spokesman of our University, but our University administration has so far not formally confirmed the terms and conditions of the audit. Silence reigns. But a quiet rollout of the audit recommendations has begun, most notably for our higher degree research students, who are now being required to complete a formal ‘Declaration of External Interests’.

The declaration of ‘actual, potential or perceived conflict of interests’ document reads as if it were a badly written script for an absurdist theatre production. Prefaced by a ‘Privacy Statement’, it asks our students to list any and every external institutional link that is “broadly relevant” to the “conduct or reporting” of their research. It also requires them to detail the “personal relationships” that affect their “candidature or progression”. The stated criteria include “family members, close friends, de facto partner, sexual partner, ex-partner, financial dependent, or business partner.”

Family members, friends, partners past and present: all of us, academic staff and students alike, are engaged in teaching, research and public outreach activities that potentially fall foul of this ill-conceived, poorly-timed and politically mischievous audit. No student, teacher or researcher, whether in the fields of physics, engineering, information technology, architecture, musicology, health science, communications, history or sociology, will escape its clutches.

We should all be concerned about its shadowy aims and methods, the limitless scope of its brief, and potentially divisive and damaging effects on the inner spirit, working practices and public reputation of our fine institution. That’s why consideration must urgently be given to its stoppage, scrapping or boycotting. We should be calling on our current and future Vice-Chancellor to explain and clarify the whole matter. For an audit, as our Latin teachers taught us, should properly be an open hearing, a matter of public accountability, not an exercise in administrative surveillance and control. 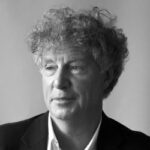 John Keane is Professor of Politics at the University of Sydney and at the Wissenschaftszentrum Berlin (WZB). John founded and directed the Sydney Democracy Network (SDN).