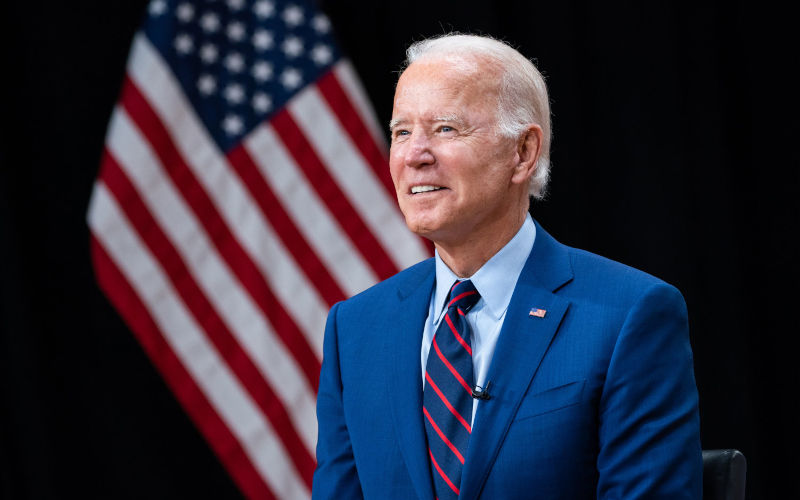 If ever there was a blatant statement of realpolitik masquerading as friendliness, the latest US-Pacific Island declaration must count as one of them. The Biden administration has been busy of late, wooing Pacific Island states in an effort to discourage increasingly sharp tilt towards China. It has been spurred on, in no small way, by Beijing’s failure in May to forge a trade and security pact with Pacific Island countries.

In July, Vice President Kamala Harris was given the task of spreading the good word to those attending the Pacific Islands Forum that the US “is a proud Pacific nation and has an enduring commitment to the Pacific Islands, which is why President Joe Biden and I seek to strengthen our partnership with you.”

Harris also acknowledged the Pacific Islands had not been in Washington’s diplomatic radar in recent years. They had not received deserving “attention and support”. This, she promised, would change. As a start, embassies would be established in Tonga and Kiribati. A United States Envoy to the Pacific Islands Forum would be appointed. USAID would also expand its operations and re-establish a regional mission in Suva, Fiji.

This month, the focus has been on the push for a broader declaration designed to rope in the sceptics. President Biden, in his address to leaders at the State Department ahead of the White House dinner, extravagantly declared that, “The security of America and, quite frankly, the world, depends on your security – and the security of the Pacific Islands.”

Secretary of State Anthony Blinken, in remarks made before a September 29 meeting with the leaders of the Republic of the Marshall Islands, Federated State of Micronesia and Republic of Palau, spoke of “the incredible breath and depth of the relationship and partnership we have.”

The previous day, at a working lunch with US-Pacific Island Country Leaders, Blinken also spoke of “a shared history, value and enduring people-to-people ties.” As part of a group, the United States would discuss with Pacific Island states “the challenges that we face, exchange ideas and perspectives, and chart a way forward to deliver on the issues that matter most to our people.”

As has become customary in the Blinkenesque argot, one takes the management waffle with the occasional candid remark. China, the obvious target in this latest push for deeper regional engagement by Washington, is not mentioned once. The threats of climate change, the role of viruses, transnational criminal organisations, corruption and human trafficking are.

But the shadow of Beijing is discernible in remarks that the grouping will be able to preserve “a free and open Indo-Pacific where every nation – no matter how big, no matter how small – has the right to choose its own path.”

The declaration itself makes eleven points. Among them is the resolve to strengthen the partnership to enable “individuals to reach their potential” and foster conditions where “the environment can thrive, and democracy will be able to flourish.” Greater US involvement in terms of diplomatic presence and “development cooperation” is envisaged. Other bread and butter points include responding to the climate crisis, advancing sustainable development and economic growth, and improving responses to disasters.

The standout provision is the seventh, where the nature of US power is camouflaged behind the promise of keeping the “Blue Pacific Continent” free of war and conflict. “We will oppose all efforts to undermine the territorial integrity and sovereignty of any country, large or small. We condemn all wars of aggression, including Russia’s brutal war against Ukraine.” This is very much the sentiment of a policing authority, a watchful armed guard.

Such a sentiment also finds voice in a White House release, which explicitly states Washington’s determination to maintain a firm hand in the Pacific. “The United States recognises that geography links the Pacific’s future to our own: US prosperity and security depend on the Pacific region remaining free and open.”

Some of the Pacific Island states have expressed their pleasure at the whole circus, with Samoan Prime Minister Fiame Naomi Mata’afa openly contrasting Washington’s approach with that of Beijing’s in May. “We’ve been insisting that if partners wish to talk to us, collectively, then they need to do it through the modalities of the Pacific [Islands] Forum.” China, in proposing something similar along the lines of the declaration, had not done so.

While approving in her remarks about the general nature of the agreement, the Samoan leader was also explicit in what it did not promote. Maintaining regional peace and security was an important goal but should not come at the cost of an increased US military presence. “We wouldn’t like to encourage that in any way.” This may prove to be wishful thinking, given Washington’s ambitions as expressed in the AUKUS security pact.

The other good reason for the attraction among certain Pacific Island states is the cash that is predicted to follow. An amount somewhere in the order of US$860 million in expanded aid programs is expected in addition to the US$1.5 billion provided in the last decade.

The Solomon Islands, which has proven to be more friendly than most towards Beijing, is a case in point, and will receive additional aid to improve its tourism industry. This is despite having shown reluctance to signing the declaration in the first place. But if the conduct of the Sogavare government is anything to go by, the more cunning Pacific Island leaders will be happy to take whatever they can get their hands on from both Beijing and Washington. That would certainly make things open if agitating.