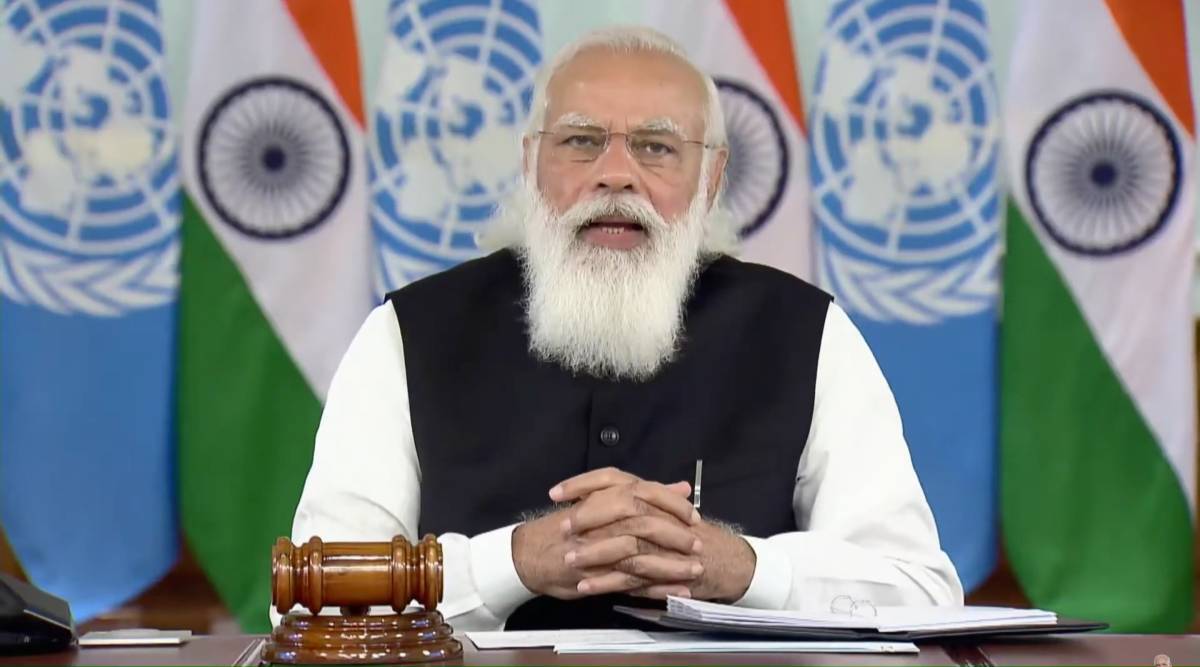 Scott Morrison loves to praise India as a wonderful democracy. The reality is that India under Prime Minister Narendra Modi’s Bharatiya Janata Party is a horror story.

Its claim to be a meaningful democracy is hollow, its social foundations shattered, its political institutions corrupted and the judiciary in thrall to despots. India ranks near the bottom in numerous global indices, including those for nutrition, air and water quality, schooling and health. The Global Slavery Index estimates that 8 million Indians are living as modern slaves, the highest in the world.

In his Morrison’s ‘virtual’ meeting with Modi to endorse a comprehensive strategic partnership last year, he emphasised how Australia and India had “shared values”. It is not clear if he had these values in mind when India’s Association for Democratic Reforms reported 43 per cent of the winners in the 2019 parliamentary election disclosed criminal charges against themselves:  29 per cent disclosed significant criminal charges such as rape, murder, and kidnapping.

Voters were unbothered. The Association for Democratic Reforms said a candidate with a criminal record had a 15.5 per cent probability of winning, while one with a clean record had only a 4.7 per cent chance. Hence the appeal to political leaders of relying on criminals to provide money and impose party discipline. Political scientist Milan Vaishnav believes recently well-informed Indian voters support criminal candidates in constituencies in constituencies where the government is failing to carry out its functions of delivering services in an impartial manner. He says, “There is space here for a criminal candidate to present himself as a Robin Hood-like figure”.

In 2018, Modi’s government introduced “electoral bonds” to allow people and corporations, including foreigners, to buy bearer bonds from the State Bank of India and deposit them in political parties’ bank accounts. Although the donations were supposed to be anonymous, the government knew who the donors were. The BJP received 95 per cent of the money from the electoral bonds in 2017-18: the value of the donations grew strongly in 2018-19. This helps explain why CNN was able to report Indian political parties spent $8.6 billion on the 2019 parliamentary elections compared to $6.5 billion spent on US presidential and congressional contests in 2016. This is despite America’s economy is much, much bigger than India’s.

A just-released book, To Kill a Democracy: India’s passage to despotism, by Debasish Roy Chowdhury and John Keane*says successive governments have failed to represent the great bulk of the population to the point where the decaying social substructures of Indian democracy “openly contradict and degrade the high minded ideals the Indian Constitution which promised … dignified solidarity to all its citizens”. The book’s basic premise is that despots can accommodate elections, as in Modi’s India, Vladimir Putin’s Russia and Viktor Orban’s Hungary.

The 2014 election of Narendra Modi’s Bharatiya Janata Party (BJP) reinforced the move away from democratic ideals. In 2020, the Washington-based Freedom House shifted to ranking India among the “least free” democracies and dropped it to the 83rd position.

The authors also note that Modi’s rise has transformed India from a constitutionally secular India country into one that links citizenship to religion. Many illiterate Indians don’t have a birth certificate. But if they are Muslims born there without one, they cannot be citizens.  Roy Chowdhury and Keane say, “Under the new Hindutva  despotism . . . 200 million Muslim citizens are the prime targets of verbal insults, institutionalised discrimination, police inaction, political propaganda,  street level thuggery and lynching”.

In their analysis, new slavery in India is work done because the only alternative is starvation. They say, “The new slaves are mostly invisible in India’s growth story – that story is about software engineers, consumers and billionaires”.

They give the example of workers in brick kilns who earn far less than the minimum wage and are forced to live in sub-human conditions, in cramped and unhygienic spaces, with limited or no access to electricity, clean water or toilets. Their children have no access to schooling as they have to help the family reach their work target “in the infernal heat from the baking furnaces in peak summer, the prime brick-making season”.

The separation of powers between the executive government and the courts – supposedly, a crucial requirement for democratic countries – has been trashed in India. The BJP’s Hindu supremacist policies also represent a change from previous bipartisan efforts to preserve India as an inclusive secular democracy into one which openly discriminates against Muslims.

In August 2019, the government stripped the Muslim-dominated state of Jammu and Kashmir of its special constitutional status, made it two federally administered units and imposed a blackout on phone, internet and other contact. India deployed almost 1,000,000 troops to the territory. Thousands of Kashmiris, including its political and social leaders, were jailed. Despite numerous habeas corpus petitions challenging the detentions, To Kill a Democracy says the Supreme Court abdicated its duty to protect fundamental rights by refusing to hear cases.

It also notes that the chief justice Ranjan Gigoi recently presided over a secret hearing of sexual harassment claims against himself. Without hearing the complainant, a panel of three of Gigoi’s judicial colleagues dismissed the charges and delivered its judgement in a sealed report unavailable to the public. Casting aside any pretence to independence, one of the five senior judges on the Supreme Court described Modi as an “internationally acclaimed visionary” and a “versatile genius” at an open forum with Modi on the dais.

While it is important for Australian governments to maintain good relations with India, prime ministers should stop pretending it is a paragon of the democratic virtues.

*Roy Chowdhury has lived and worked in India, Brazil, Thailand, China and Hong Kong. Keane is a professor of politics at Sydney University and a research professor at the WBZ Berlin Social Science Centre