Our harmful obsession with growth

I thought I’d been mitigating the risk of heart disease by choosing cereal for dessert until I noticed the ‘high in sugar’ label on a box of Nestle’s misleadingly named Fitness cereal when I was living in Chile. This burst my bubble of ignorance and led me to find a healthier substitute.

Other Australians might also benefit from this kind of blatant compulsory labelling, yet health policymakers continually find themselves at odds with food industry lobbyists. Blocking food policy reform appears to be an aspect of paid employment that society as a whole would be better off without.

In the extra hours I have spent on social media this year instead of teaching international students, I have noticed that some people still conflate jobs and growth with societal improvement. Even in 2020, the myth of a society divided along employment lines into ‘lifters and leaners’, as former Australian Treasurer Joe Hockey classified us, lives on, as if having a job automatically means you are making the world a better place.

It doesn’t. You don’t have to be Sherlock Holmes to see that the bottom line often comes before the interests of the public. Consider the findings of the recent Royal Commission into Misconduct in the Banking, Superannuation and Financial Services Industry, or the ten most harmful jobs listed by not-for-profit career advice organisation 80,000 Hours. These include tax minimization for the ultra-rich, factory farming, and marketing for compulsive behaviours like gambling.

If the main benefit of these jobs is that they grow the economy, we need to redesign the economy. Yet our federal government’s obsession with jobs and growth, abysmal track record on welfare reform, and failure to commit to keeping the JobSeeker payment at a livable amount suggest that they would rather see workers paid to do anything, however useless or destructive, than pay unemployed people enough to let them live above the poverty line.

I would rather have my tax dollars go directly towards supporting people who would otherwise be performing harmful jobs than have that money spent on fixing the damage that those jobs cause.

If our culture stopped stigmatizing and punishing unemployment, workers in destructive industries might find happiness and fulfilment perusing their dreams, knowing that they have a safety net to catch them if they fail. Maybe they would learn for the pure joy of it, whether that takes the form of studying another language, practicing an instrument, or listening to educational podcasts.

And if they don’t try to write a Broadway musical or learn Spanish, that’s okay too. They could spend their time being a better aunty, uncle, child, parent, friend, or neighbour.

Science and Philosophy blogger Scott Alexander of Slate Star Codex makes a case for Universal Basic Income on the grounds that as the level of skill needed to advance our society rises, a decreasing number of people will be useful to the system. Furthermore, he argues, we don’t owe a society that has left us behind- it’s the other way around.

Why are we so slow to recognize this?

If we didn’t call people relying on social welfare ‘dole-bludgers’ and if the Morrison government could commit to keeping welfare payments at a liveable amount, fewer Australians would be resistant to accepting handouts. Instead, we compete for the privilege of serving an economic machine that is overproducing.

We desperately need to change the way we think about unemployment. The border closures and lockdowns of the Coronavirus pandemic have undoubtedly made more people aware that anyone can lose their job, and that trying to find another one can be soul-crushing.

Hopefully it will become increasingly accepted that not everyone should have to find work in order to be able to put food in the fridge or for society to function at its best.

Kara Pogos teaches English language at an Australian university. She has previously worked in Chile and Uruguay. 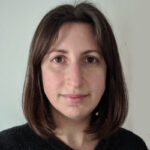 Kara Pogos is a teacher of English as an Additional Language at an Australian university. She has previously taught English in Chile and Uruguay.