Out of touch, and out of time? Another 2019 looks impossible for Morrison 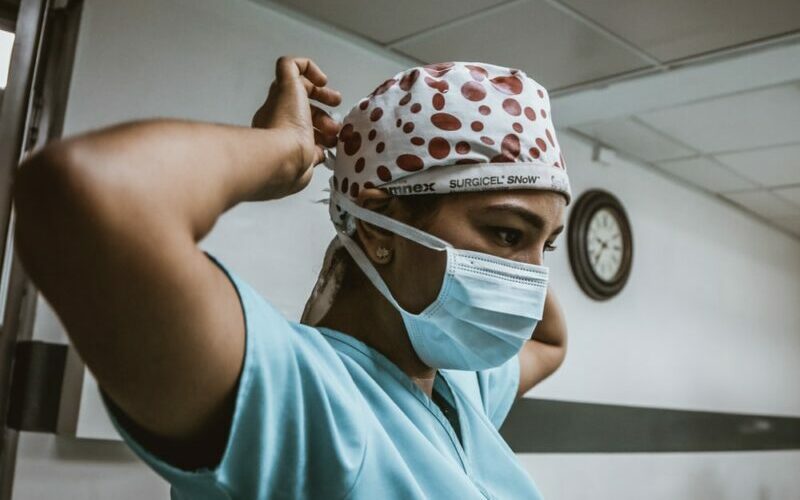 No matter how he has tried to escape responsibility, including blaming the states, the public has seen through his bluster.

Scott Morrison won the 2019 election virtually single-handedly, if with the assistance of about a billion dollars improperly directed to partisan interests.

Most of his colleagues expected to lose. Morrison must be given some credit for seeing a way to victory, not least by relentless attacks on the character and personality of the opposition leader, and the gift of a Labor campaign that spoke frankly of tax increases. One cannot expect that Morrison would ever abandon a tactic that had worked for him before, but it is not likely to pay anything like the dividend this time. The time is different, not least because of the pandemic and its economic consequences.

His opponent is different and harder to undermine. Morrison himself has acquired a history and repute, not least for slipperiness, spin, non-delivery and tendency to blame others. His secretiveness, refusal to accept responsibility, and resistance to the need for transparency and accountability has begun to grate.

There are new enemies, not so many obvious friends. Some campaigns, not least about honesty and probity in government, have seriously tarnished reputations for integrity and trustworthiness. Some challenges faced — such as sexual assault and harassment in parliament itself, and wider problems of violence against women in the broader community have demonstrated him, and his colleagues, even his women colleagues, to be seriously out of touch with community expectations.

Morrison’s incapacity for empathy and his personal instincts have been a big part of the impressions now stored in Australian heads. Likewise his poor judgment in standing too long by people whose own behaviour was being criticised.

So solidly has Morrison become the incarnate symbol of inaction — on climate change for example — that any change of position, however adroit, has failed to shift impressions and perceptions of his being dragged kicking and screaming to any new place.

John Howard was a politician as set in his fundamental views and beliefs, but like Morrison, was ultimately pragmatic on almost everything if it showed up as a significant political problem. But when Howard pivoted, he dropped all the baggage at once. As often as not, Morrison will not even admit that his current position is a new one.

Has Morrison changed human lives for the better?

All of this is accumulated weight in the government’s saddlebags. It can’t get clear air. It has struggled to get any sort of momentum from which it can move forward and change pace quickly.

Old problems — not least its 2021 nightmare of poor judgment over pandemic strategies, lockdowns and border closures, quarantine, vaccination supplies and strategies, two new highly infectious variants of the virus, and testing, tracing and supplies of testing equipment — keep coming back to haunt the government — and Morrison’s own record of stewardship. No matter how he has tried to escape responsibility for some of the failures, including by attempting to shift responsibility to the states, the public has seen through his bluster.

One does not need snapshots of the particular crisis of the hour, or day, or month over the past year. Each by itself at the wrong moment could have brought the government down. The crisis of the moment is representative, and damning enough. Though most of the events of right now are novel, most could have been anticipated with action taken much earlier.

Countries whose initial management of the pandemic was much worse than ours saw the risks and acted, while Morrison, his colleagues and his bureaucratic advisers were inert or positively against action.

Even now, Morrison and the NSW government are trying to twist the health realities to make them fit into their political and economic hopes, rather than the other way around. They are responsible for critical shortages of health equipment, particularly RATs, food shortages and supply chain disruption, and have stretched human resources, particularly in hospitals, to absolute limits.

Even now, ministers are reassuring each other that the big problems, and poor publicity, will end sometime soon, as peaks are reached and numbers decline, as belatedly ordered supplies come on line, and as the virus disappears into the sunset.

The same ministers were saying this to each other before the emergence of the Delta variant changed the game, and they were saying it, during all of the fuss of delayed vaccine orders, bad vaccination strategies and many unnecessary infections and deaths before the Omicron variant emerged.

Having told the public each time that no one could reasonably have anticipated either, our national government still lacks the experience, or the suspicion to think that new variants are certain, and that there is no reason to think that they will follow any supposed trend of increasing mildness.

It’s hard to talk of momentum, public confidence and clear air when one is wrestling with an alien thing  like a virus. How much more satisfying it ought to be in dealing with people and problems of human relationships, with issues in families and entrenched and durable beliefs about how people should treat each other.

One might expect that an ordinary Christian bloke, guided by a partner with a human touch, would have just the right feel for changing and improving lives, and stopping people hurting each other. Alas what the image of a righteously sullen Grace Tame represents about the accumulated Morrison experience and record in improving human lives — from concentration camps to slowing family violence, respect for the disabled and measures to prevent sexual assault — must make him yearn for the inanimate.