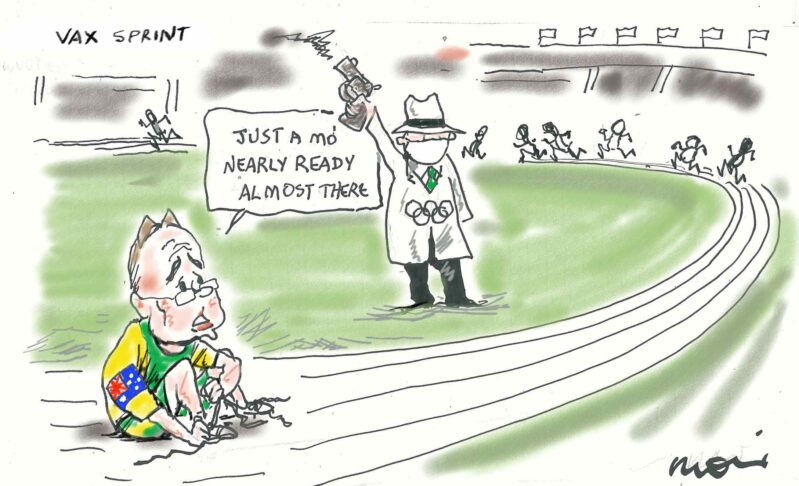 Ever since the pandemic started, Australia has restricted the ability of its citizens to travel overseas in ways few other countries outside of North Korea have done. It is now using the biosecurity laws to also deter those who live overseas from coming back.

On August 1, with the stroke of a pen and minimum fanfare, Health and Aged Care Minister Greg Hunt made a seemingly innocuous change to the (Pandemic) Biosecurity Act to:

“…remove the automatic exemption for a person who ordinarily resides in another country and replace it with a discretionary exemption.”

What the discretionary criteria might be, has yet to be revealed. But the intent is clear, if you live overseas, you come back to Australia at the risk of not being allowed to go back to your home. In other words, don’t come back.

In April this year, the Government stopped anyone – including Australian citizens – to come back from India during the horrendous surge of infections that over-filled India’s hospitals and morgues.

The Australian passport that can take you anywhere including an Aussie jail!

And although that was repealed, coming back to Australia from overseas is still hard for those approx. 38,000 Australians who have registered with DFAT to return, but have yet to be able to do so. DFAT estimates that around 600,000 Australians have returned since the Pandemic began, mostly on their own initiative, but some have come back on repatriation flights organised by the Government. There are 18 such flights scheduled for August.

The current quota of travellers into Australia is 3,035 per week (excluding those on repatriation flights). Those that do manage to get on that quota is paying many times the usual fare as the airlines can’t fill their planes and still have to cover their costs. It also means very few Airlines can be bothered.

As an example, Garuda Indonesia is the only airline operating flights from Jakarta to Australia and all their seats are booked out until Christmas, each seat is reportedly $8,000 one way.

Some organise private charter flights, others sneak into Darwin by boat. And if you are rich enough or famous enough or have your own Gulfstream, you can make up your own quota and hire your own quarantine villa.

But this has less to do with airline capacity, fame or wealth. It has everything to do with the Government’s abject failure to provide proper and secure quarantine facilities. Eighteen months ago they had a valid excuse as the pandemic hit so suddenly; hotel quarantine seemed the only option and looked like a good idea at the time.

As we now know, it wasn’t. But except for the quarantine facility at Howard Springs outside of Darwin, the Federal Government has done very little to expand the capacity. Not for lack of proposals from both the States and from enterprising individuals.

After months of obfuscation, backtracking and politicking, Morrison finally gave the go-ahead to a 1,000 bed facility in Mickleham north of Melbourne in June. It is planned to be finished by the end of the year.

Other countries build complete hospitals from the ground up in a few weeks. In Australia we take months to even think about putting up a thousand simple dwellings on land already owned by the Government with basic infrastructure already in place.

Other countries – like France – get their embassies to organise vaccinations for French citizens living overseas. Australia can’t even get those who live in Australia vaccinated in a timely manner.

And almost no other country have such draconian rules for its citizens to be allowed to leave, let alone to return. It smacks of Soviet era paranoia.