Part 1: From CES to Job Network

The best way to assess Australia’s controversial system of contracted employment services is to track where it came from, how it affected services, and how and why successive governments have adjusted it. For, despite a widely expressed view that the policy was a complete failure it has endured for 23 years.

The 1990s: The CES dies and the Job Network is born

In the early 1990s, 50 years after the Chifley Government’s Employment White Paper proposed a ‘Commonwealth Employment Service’ (CES), the Keating government launched an experiment in contracting out employment services for people unemployed long-term. A few years later, the Howard Government took the radical step of contracting out the whole system. This put the CES into direct competition with 200 or so non-government providers in the brave new world of the ‘Job Network’. The CES was wound up a few years later.

The timing was significant: this was the nadir of neoliberal influence in Australian public policy. The innovation here was that rather than simply shrinking the size of government, the Job Network applied market principles to transform the way governments funded human services (or strictly speaking, purchased them).

It’s largely forgotten now that there was much dissatisfaction with the CES among unemployed people, employers and governments. As a large rules-based public agency it was effective at the low-level job matching and job search assistance that got most unemployed people into jobs in the era of full employment. It was not so effective at helping the growing number of people unemployed long-term, many of whom were victims of structural adjustment during recessions that swept away many of the jobs they were applying for – especially entry-level blue collar jobs.

After an abandoned attempt to restructure the CES to hive off a specialised service for people more disadvantaged in the labour market, and much investment in short-term training programs that seemed to have little impact, the Keating government was ready to try a different approach. It turned to the diversity of community sector organisations operating programs such as SkillShare, a locally based employment and training program.

Another idea resonated at this time: ‘active employment policy’. This long-standing policy of the Nordic countries with their large investments in ‘active labour market programs’ gained traction in ‘liberal welfare regimes’ like Australia and the UK, as policy makers viewed long-term unemployment as a supply-side as well as demand-side problem. It was not enough to generate more jobs – unemployment would remain high as long as too many people were stuck in prolonged unemployment due to skills mismatch (the social democratic view) or weak work incentives (the liberal version). This was more than a theoretical problem: two years after the 1991 recession, 350,000 people were stuck on unemployment benefits for more than a year.

These ideas came together in Keating’s bold Working Nation strategy in which people unemployed for 18 months or more were guaranteed six months’ paid work experience or training via a ‘Job Compact’, to reintegrate them into the labour market. The scheme was run by ‘contracted case managers’ (mostly NGOs) who were paid in part according to employment outcomes achieved. Contracted case management was bolted on to a set of old-fashioned national wage subsidy and training programs which providers could draw upon to assist unemployed people. An Employment Services Regulatory Authority was established to supervise competition and encourage best practice.

In 1996, the newly elected Howard government branded the Job Compact a costly failure since large-scale wage subsidy and training programs were not tailored to individual or local need. It abolished most national employment programs and the contracted case management system was transplanted into the heart of the new ‘Job Network’. As the Minister argued at the time:

‘‘Detailed program guidelines will be a thing of the past … A fully competitive market for employment placement services will replace existing arrangements for labour market assistance. Fair and genuine competition will be assured through the application of competitive neutrality principles.” (Vanstone A (1996), Reforming employment services. Canberra: Department of Education Employment and Youth Affairs)

At this time, competitive tendering in human services was a bright new idea from the US. Its advocates weren’t hostile to government services but wanted to make them more cost-efficient through performance-based contracting. This was a key plank of the ‘New Public Management’ that swept across the Anglophone nations though the 1990s, and many others afterwards.

The first Job Network tender used financial incentives to encourage competing providers to achieve desired outcomes. These days it would be called a ‘black box’ funding model, where governments construct the bare framework of an employment program and pay providers according to the number of people assisted and outcomes achieved instead of detailing how they should be achieved (service inputs). Later generations of public officials scoffed at the naivety of this view.

Providers were paid a modest upfront fee for each new participant, and much higher payments for employment outcomes sustained for three to six months. From the outset the government recognised that ‘creaming’ (focusing on the easiest-to-place) and ‘parking’ (ignoring the rest) could be a problem where providers were paid to outcomes.

Therefore, a better-funded ‘Intensive Assistance’ service stream was established for people unemployed long-term and those at risk (using a risk assessment tool called the ‘Job Seeker Classification Instrument’ still used today). The intention was that providers would invest in more costly training and work experience for this group alongside cheaper forms of job search assistance (such as help with resumes), and that outcome payments would compel them to invest in the more expensive interventions in a cost-effective way.

The result: not much activity, not much service

In the early 2000s the Job Network experiment was evaluated, both in-house by the Employment Department and also by the Productivity Commission and the OECD, who all took a keen interest in it as a world-first experiment in the privatisation of employment services.

The departmental evaluation in 2000 found that Intensive Assistance wasn’t all that intensive, and it barely improved people’s employment prospects because providers under-invested in them:

‘When probed on the services they offered to Intensive Assistance Clients, most service providers described job search services. Very few … were offering services which would address underlying barriers to employment such as language classes, counselling or assistance with vocational training’ …. ‘It is possible that incentives in the fee structure could produce unintended effects which may impact on cost efficiency and equity.’ (Department of Employment Workplace Relations (2000), Job Network evaluation: Stage 1. Canberra, p80).

The Job Network had run into four problems that confront many systems of performance-based contracting in human services:

Experience with similar programs in other countries suggests that performance-based contracting in employment services mostly delivers job search assistance: the lowest-cost intervention that leads directly to an employment outcome.

This is fine for people close to employment who only need a bit of advice, encouragement and support and the occasional referral to an employer. It won’t work for most people unemployed long-term who need work experience in a regular paid job, substantial training, or a good deal of work with employers to encourage and support them to take on someone they wouldn’t normally consider.

The 2000s: the answer is in the contract

By the early 2000s, much more was known about the impact of different labour market programs: substantial investment in a well-targeted, well-designed scheme might improve the employment prospects of someone unemployed long-term by around 10 percentage points (e.g. from 30% to 40% in employment a year later). While this seems small, if sustained over a period of five years or more it could dramatically reduce long-term unemployment. The challenge was to offer the right help where it would make the most difference: to each individual unemployed long-term or at risk of it, by combining effective ‘case management’ and guidance with sustained investment in unemployed people and relationships with employers.

So government had an interest in provider investment in people unemployed long-term. Yet the high cost of shifting the dial by 10 percentage points in each case meant the government’s interest was poorly aligned with that of the providers. In performance-based contracting this problem could potentially be solved with much larger outcome payments, but with much higher deadweight costs.

An innovative response to this problem was the Star Rating system (still used today) which ranked providers from one to five based on performance. The Employment Department used regression analysis to compare the value-added (the net improvement in employment outcomes) by different providers. This was used to award ‘business shares’ within each area to different providers, creating a strong (theoretical) incentive for providers to add value in order to survive. Yet value-added in employment services proved very hard to measure, and providers continued to gravitate towards low-cost job search assistance and motivational strategies to achieve sufficient paid outcomes and ‘stars’ to survive.

The government decided that if it wanted providers to invest more in people, it would have to mandate it. A second innovation, which I among others advocated at the time, was the Jobseeker Account (now Employment Fund), a quarantined pool of funds which providers could only use to invest in assistance above and beyond basic help with job search. At first, there were few controls over how this could be spent, leaving room for experimentation (again in theory).

As unemployment began to fall in the early 2000s, another imperative asserted itself: the Howard government was taking a progressively tougher approach to unemployed people and wanted tighter control over their job search, and hence over employment services. From 2003, providers were required to step people through a detailed ‘service continuum’ including regular interviews to check compliance with job search. For six months of every year of unemployment, unemployed people were required to participate in 20 or more hours a week of Work for the Dole or other programs.

Many of these programs, including a fortnight of full-time ‘job search training’ and Work for the Dole, were designed more to chase people off benefits and uncover undeclared employment rather than help secure employment. This practice was called ‘tree shaking’. Since the main barriers to work for a growing share of people on the caseload were structural rather than motivational, these schemes (along with more frequent interviews with providers) had little enduring impact.

Providers became compliance managers. In addition to supervising and reporting on the activities of unemployed people, employment consultants spent a growing share of their time complying with the administrative demands of increasingly detailed funding contracts.

So the black box was put back in the cupboard and providers and unemployed people were put on a short leash. The Jobseeker Account was chronically underspent as providers concentrated on low-level job search assistance and their new compliance functions. As the rules around use of the Fund changed from year to year (purchase of mobile phones for unemployed people was banned for a while when one Minister objected to this), providers became fearful of using it innovatively. 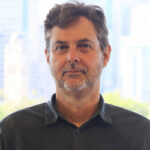 Dr Peter Davidson is a recognised expert in employment, social security and tax policy, poverty and inequality. He is an adjunct Senior Lecturer at the Social Policy Research Centre UNSW Sydney, is employed as Principal Advisor at the Australian Council of Social Service, and runs a social policy consultancy https://needtoknowconsulting.org/. He tweets from @pagdavidson Views are his own.