The government’s Defence Strategic Update suggests Australia faces the greatest threat to our independence since 1942. This demands a sophisticated diplomatic strategy, the development of a sound military strategy and the careful analysis of how to deliver an appropriate force structure so as to address the threat in an acceptable timeframe.

Most governments are not transparent about how their armed forces would respond if their country were attacked or how they would go about engaging the armed forces of another country should it become necessary. While I have spoken to some who can confirm the existence of a top secret Australian Military Strategy (AMS), the only intelligence I have gained is that one of the strategy’s main aims appears to be to justify the ADF’s existing force structure.

Given that the military threat to Australia is now greater than at any time since 1942, the strategy will need to adapt to the new assessment of the nature and level of the threat. This is likely to require a change, perhaps a substantial one, in the force structure.

It is, therefore, difficult to understand why last year the Defence Minister, in commissioning a force structure review to be undertaken by her department, excluded from it all of the current acquisition program, even for assets such as the Attack class submarines and the Hunter class frigates that are still in the design phase and will be delivered into the 2040s and beyond. Inevitably, the resulting Force Structure Plan turned out to be lacking in substance. The Minister’s decision no doubt reflected Defence’s advice, but why would it have provided that advice?

A different attitude holds sway in the US, where the Navy, for example, undertakes a rigorous force structure analysis every five years or so. The Pentagon is uncompromising when it comes to making necessary changes to doctrine and force structure. Soon after the first Iraq war, analysts in the Pentagon recognised that their force structure and war plans still reflected the exigencies of the Cold War, with the AirLand Battle doctrine making the US Army central to a battle between NATO and the Warsaw Pact. They did not reflect contemporary threats, such as those supposedly emanating from Iran and China.

While the allied air and naval deployments in the Persian Gulf during the Iraq war were unchallenged, what if they had been? How, for example, would a possible future war in the South China Sea play out? As a result of these analyses, a new military doctrine, the AirSea Battle, became official US policy in 2010. With pride of place given to “air and naval forces”, the reaction from the US Army, which has been at the centre of every American war in history, appears to have been incandescent. But it was faced down.

By contrast, the ADF has shunned such disruptive analyses. I have been unable to discover any comprehensive force structure reviews since the 1930s, when the Navy had to choose between acquiring a battleship, submarines or more cruisers and destroyers. This review would have been guided by British officers, who still dominated the higher ranks of the RAN at that time. Indeed, an aversion to the analysis of the force structure may have its roots in Australia’s colonial heritage. Even as Australia emerged from World War 2, it appears the British Admiralty was still involved in helping Australia establish a balanced fleet, providing two aircraft carriers, for example, at attractive prices. Australia did not acquire submarines until the Royal Navy submarine squadron operating out of Sydney was withdrawn in the late 1960s.

Since the British withdrew from commitments ‘east of Suez’, the ADF’s overriding approach to the force structure has been to replace like with like without critical analysis of Australia’s changing strategic requirements. For example, between the 1950s and 2020, three British-designed Daring class destroyers were replaced by three American Perth class destroyers which were replaced by three Spanish-designed Hobart class air warfare destroyers. When the government offered Defence a fourth Hobart class ship, this unexpected largesse was unsurprisingly declined.

The only exercise resembling a critical analysis of Australia’s force structure was a Defence Capability Review in 1985-86, commissioned by the defence minister Kim Beazley and led by Paul Dibb, a defence strategy expert from the Australian National University. But even then, as Dibb stated in his covering letter to the Minister, the Review was constrained by Defence’s inflexible commitment to the existing force structure:

“The Review could obtain no material centrally endorsed by the higher Defence structure which explained, for example, the strategic rationale for a 12-destroyer Navy, three fighter squadrons, six Regular Army battalions and an Army Reserve target of 30,000. Few of the documents made available to the Review examine, in any rigorous, analytical way, the size of forces we should have for credible contingencies and as a contribution to the expansion base. Most focus on justifying the present force structure rather than estimating what our strategic circumstances require.”

The truly disquieting implication is that 35 years later we still have very much the same force structure, with 11-12 destroyers and frigates, three fighter squadrons and so on. The only significant difference is that we are replacing six submarines with 12, but this decision by the Rudd government was on the basis of external advice. Indeed, significant elements in Defence were dismayed by the decision, mainly because it would mean that other programs would need to be cut and so disturb the balance between the Services reflected in the existing capital investment program.

Yet a lot has changed in 35 years. Compared to 1985, Australia’s population is 60 per cent bigger and real GDP has approximately doubled. But the major change is in the strategic environment. In 1985, for example, the overriding objective of Defence policy was to deter an attack by Indonesia.

While the PLA Navy was a bit larger than Australia’s it was technologically greatly inferior – not a surface to air missile in sight. The RAN would have fancied its chances in any naval conflict with China.

Now, the PLA Navy is the world’s biggest in terms of platforms and is among the most technologically advanced. Even the US Navy, or at least the Pacific fleet, would be unlikely to prevail in a conventional conflict. The transformation is immense. Designing a force structure for the ADF that could deter an attack by a great power is an extraordinarily challenging task. But it seems that neither the AMS nor the force structure has undergone any significant re-assessment. Defence is in the process of acquiring a 12-destroyer force as well as aircraft to populate three fighter squadrons and the Minister says this doesn’t need to be reviewed.

Nor has much changed in the distribution of the permanent Defence workforce since 1985. The breakdown of the ADF uniformed workforce headcount, not including reserves, then was:

By comparison, the equivalent figures for 2018-19 were:

Since the Dibb report, the Navy has maintained roughly its share of the uniformed workforce, while the Air Force has declined by around six percentage points in favour of the Army. The decline in the RAAF may well reflect the retirement of the F-111 bomber, for which no like for like replacement was available.

Yet while Defence is routinely successful in winning government agreement to unjustifiably enormous acquisition budgets for new equipment, there is a general reluctance to seek an increase in the workforce budget to ensure individual Services have the required workforce. As any organisation knows, an imbalance between capital and labour resources can lead to dysfunctional outcomes.

One example is the newly upgraded and refitted frigate, HMAS Perth, being left high and dry for two years because Navy was unable to provide a crew. Even worse, the Services can be forced into new capability acquisition decisions that are driven by the total workforce cap. The short list of competing designs for the Air Warfare Destroyer program in 2005, for example, excluded the ship Navy considered most suitable – the Arleigh Burke DDG-51 – because the crew size was larger than it could accommodate within its workforce ceiling. Yet the Hobart class ships ended up costing more than twice as much as a DDG-51 destroyer.

The current disposition of the Defence workforce may bear little resemblance to the way the ADF will need to be restructured if we are to address the challenges outlined in the Strategic Update. In circumstances where Australia needs to withdraw from far-flung theatres such as Iraq, Syria and Afghanistan to prosecute an effective A2/AD strategy in the air-sea gap to our north and west, you don’t need to be Clausewitz to see that the RAN and RAAF will play the dominant roles.

The Minister’s commitment to the existing and planned force structure suggests the government has failed to recognise this critical point. Indeed, one of the more incongruous elements in its wafer thin Force Structure Plan was an upgrade to the Army’s 60-tonne main battle tanks, a like-for-like replacement whose strategic purpose was always in doubt – at least until one Prime Minister proposed that they spearhead an Australian invasion of Ukraine.

“The government’s Defence Strategic Update, published in July, was quite clear about the radical shift in our strategic circumstances, but it proposed no significant changes to Australia’s defence policy or posture or to our force development plans. … The government needs to understand it is not enough to describe our deteriorating strategic situation. It needs to do something about it. Quickly.”

At the very least, the government needs to revise the Australian Military Strategy or preferably develop a new one. And in light of that analysis, it needs to undertake an exhaustive review of the ADF’s current and planned force structure and better tailor it to Australia’s increasingly threatening strategic circumstances.

Jon Stanford gratefully acknowledges the support of Submarines for Australia and for comments provided by members of its expert Reference Group. 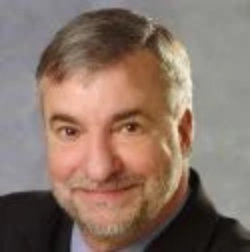 In a former life, Jon Stanford was a Division Head in the Department of the Prime Minister and Cabinet. Currently, he is undertaking significant research on Australia’s future submarine project, generously supported by Gary Johnston, owner of the Submarines for Australia website.