The Medical Benefits Schedule [MBS ] Review Taskforce was established in June 2015 by Sussan Ley, then Federal Minister for Health.   It followed feedback from clinicians and the broader community that certain items on the MBS did not reflect clinical best practice and in some cases were creating distortions in services provided. Thirty years after its conception, the first thorough and in-depth review was considered to be well overdue.  It was planned to take 2 years.  In actual fact, it took 5 years.

The Review has been aided by a new interest in problems of ‘waste’ and inappropriate practice. A 2012 study in the Medical Journal of Australia of MBS items identified  156 ‘potentially ineffective and/or unsafe services’. These academic findings have been mirrored in a new interest in changes in practice driven by professional and consumer groups. Choosing Wisely Australia brings together peak medical colleges and associations and the National Prescribing Service as part of a ‘global campaign encouraging clinicians, consumers and healthcare stakeholders to have conversations about tests, treatments and procedures where evidence shows they provide no benefit or in some cases cause harm’.

This Review has been the first comprehensive review of the medical services funded by Medicare since its inception in 1984. MBS expenditure had increased from $20 Billion in 2014-2015, and it was projected to reach  $31 Billion by 2022-2023.

The MBS is a component of the Medicare program that lists more than 6000 eligible private medical services for which subsidies are provided to patients.  These include GP and Specialist services, radiology and pathology tests ordered by doctors, eye tests performed by optometrists, And some specified dental services and specified allied healthcare services for chronically ill patients  who are managed by their GP

The MBS Taskforce was led by Professor Bruce Robinson [Chair] and Dr Steve Hambleton [Deputy Chair]  and 12 others [who included doctors working in both the public and private sectors with expertise in general practice ,surgery ,pathology, radiology , public health and medical administration and also health economics, health technology assessment and a consumer representative]   Its scope included all current MBS items and the services they provided ; increasing the value derived from services; concern about safety , clinically unnecessary service provision and evidence for appropriate and best practice.  5700 MBS items were reviewed.  These have included consultations, diagnostic tests and operations. The aim has been to better align the MBS with contemporary clinical evidence and practice, and improve health outcomes for patients.  It has also set out to identify services considered to be obsolete, outdated or potentially unsafe. [MBS Review Update sept 2019 ]

It is important to note that the Review had broad-based consultation with the health sector and with consumers.

The Taskforce has developed over 60 detailed clinical reports , containing more than 1300 recommendations.  A number of the recommendations have already been endorsed by the Minister for Health.

Over 100 Clinical Committees involving more than 700 clinicians, consumers and health service experts were established.  A separate Consumer Panel supported consumer engagement.   Five stakeholder forums, with more than 100 organisations were held and also 80 other meetings with stakeholders. There were 1500 surveys and more than 240 written submissions.

Regular updates have been posted online over the five years.   Full communication to all interested clinicians and consumers based on the Health Quality Framework process in Canada was carried out to ensure transparency in the process.

Unfortunately, the Taskforce’s planned schedule of work was affected by the Covid 19 Pandemic in the first half of 2020.   The Taskforce developed a set of Principles as part of its Telehealth Report which will help ensure any ongoing telehealth items are used appropriately.

Weekly Taskforce meetings were held in late April and continued throughout May and June 2020, The Taskforce held its 53rd and final meeting on June 30, 2020. {MBS Review Report Aug 7 2020].   One of its key recommendations is the creation of a continuous review process.

The Taskforce has done a thorough job, which will be read carefully in other countries.  The Review will allow the MBS to improve in many areas.

Hopefully it will provoke reforms in many other aspects of the Australian Healthcare System.

Such as, for example: to increase the role of Nurse Practitioners in all areas–Primary Care in particular

Our community now has more elderly people and more patients with chronic disease compared with when Medibank was first introduced 45 years ago.

It is timely to build on the work of the MBS Taskforce and bring up to date other parts of our Healthcare system, using similar methodology. It will be up to the Federal Government to extend this work once it has received and digested a very detailed account of the MBS Review Taskforce Report. 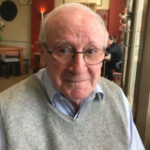