Patient beware: many a medical practitioner is naught but a dodgy doctor 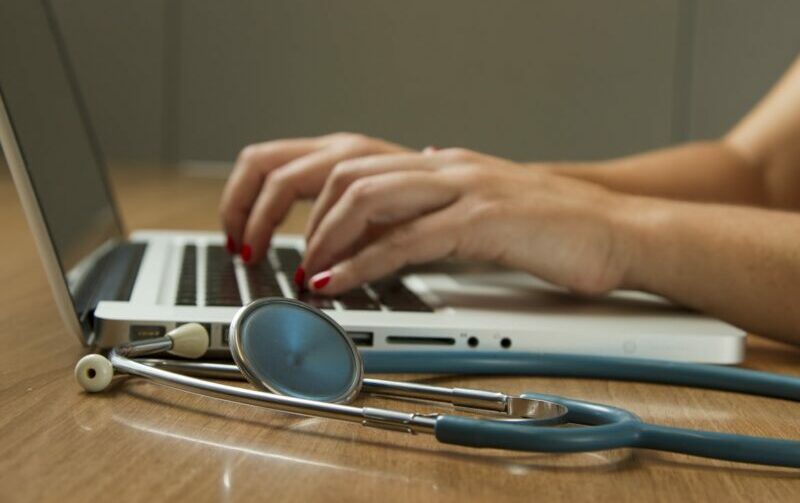 The ease with which the  protections of Australians from healthcare fraud can be breached can only be described as disgraceful, writes John Dwyer.

We can all be grateful to the ABC’s Four Corners program for detailing the harmful, indeed quite horrific malpractice of a ”cosmetic surgeon” who caused so much harm and distress to many patients. The expose resulted in the ”surgeon” withdrawing from medical practice. But how can it be that for 30 years he was allowed to perform procedures for which he lacked the requisite skills?

In Australia, specialist plastic surgeons have studied specialist surgery for a minimum of five years after their medical degree. They end up having over 12 years of total medical and surgical education before they can call themselves a specialist. Fully qualified plastic surgeons are also fellows of the Royal Australasian College of Surgeons (FRACS) and have undergone extensive training to perform invasive surgical procedures.

Doctors with only a MBBS (Bachelor of Medicine and Bachelor of Surgery) degree are not accredited surgeons as they are not trained for invasive surgical procedures. However, in Australia, it is not illegal for ANY medical practitioner (e.g. GP) to perform surgery or for anyone at all to call themselves a “cosmetic surgeon.”

Regulatory oversight for registered health professionals is the responsibility of the Australian Health Practitioners Regulation Agency (AHPRA). Each of the 15 registered specialities (medicine, nursing, physiotherapy etc) has a dedicated board to advise AHPRA. All activities of the agency are determined and limited by the legislated “national law”. For years it has been obvious that this law is not fit for purpose.

After the Four Corners program, AHPRA commented saying it was “deeply concerned” by the material, but had no power to prevent the use of the title “cosmetic surgeon” as it was not a protected title. It can pursue individual medical practitioners for their behaviour, but only after a complaint from the public. Herein lies the problem. Protection is all about prevention not reacting to harm done and even then only after the harmed complain. All too often patients are reluctant to complain and the complaint process is offputting and onerous.

Many institutions in which invasive procedures are undertaken have credentialling and scope-of-practice processes that review the individual practitioner’s qualifications, experience and training and define what they can and cannot do.
.
But it seems in a private practice setting, such as the one examined in the Four Corners program, a doctor’s “scope of practice” is largely left up to the professionals therein to self-regulate. Hopeless!

The Medical Board of Australia says it expects that registered practitioners would “exercise their professional judgment” and work within the scope of their individual competence, education and training. This in far too many cases is wishful thinking, not effective consumer protection. My experience with AHPRA’s boards is that they are more concerned with protecting their own rather than the consumer.

In this most scientific of all ages medical doctors, indeed all health professionals should strive to offer care that is supported by credible scientific evidence of clinical effectiveness (“evidence based medicine”). Unfortunately there are a significant number of doctors in Australia who do exactly the opposite.

One example is so called “chelation therapy”. About 20 clinics run by doctors, offer this therapy in Sydney. It involves the IV infusion of a chemical called EDTA.

The benefits of EDTA chelation for the treatment of lead poisoning and excessively high calcium levels are undisputed. Proponents, however, claim that the treatment can help with atherosclerosis, coronary artery disease, angina, gangrene, diabetic circulation ulcers and blood vessel disease, arthritis, multiple sclerosis, Parkinson’s disease, psoriasis, and Alzheimer’s disease. Improvement is also claimed for people experiencing diminished sight, hearing, smell, co-ordination, and sexual potency. Wow what a panacea! Not only is there no evidence to support any of these claims. There is actually evidence to the contrary.

Despite many complaints to AHPRA and the NSW Medical Board no action to protect consumers has been taken.

You may well remember that for five years or so a number of doctors were involved in a scam to lock people with sexual impotency issues into a $5000 contract to supply medicine that “would make you last longer in bed”! Billboards making the claim shot up all around the country. Eventually after many of us had complained to various agencies the ACCC took the company to court and ended the cruel sport. AHPRA and its medical board should have been able to stop this on day one!

Currently a number of doctors are charging huge amounts for autologous cell and plasma therapy. There are reasons to be excited about the potential of “stem cell therapy”. A major effort is under way to learn how to harness naive cells from humans that have not yet differentiated into kidney or heart or skin cells etc and learn how to have them mature into cells that could treat any number of diseases. Some doctors are simply taking blood from a person, spinning it down to separate the cells from the plasma they float in and injecting those cells back into their owner, perhaps into an arthritic joint. I have heard of cases where a doctor charged $10,000 for this procedure for which efficacy is controversial. Such treatment should only be done within a research protocol.

Regular readers of P&I will know that I have been interested and involved in the problem of protecting consumers from healthcare fraud for many years. In the early ’80s, my clinical practice as an immunologist involved the care of many patients suffering and dying with the then mysterious “Acquired Immune Deficiency Syndrome” (AIDS). No significant treatments were available and I was shocked and angry that so many of my desperate patients were being promised cures by a few doctors and many ‘‘alternative practitioners’’, in reality being robbed before they died.

Over the years I realised that with inadequate legislative protection of consumers, occasional outbursts by individuals might generate publicity for 24 hours, but changed nothing. One exception was highlighted by former nurse, Loretta Marron, in Queensland. After a health scare when she saw first-hand the exploitation by ‘’alternative” practitioners, she set about exposing healthcare fraud. Skilled user of the media, her ”stunts” proved effective. She became the “jelly bean lady” after using jelly beans to test ”therapeutic” magnetised mattress underlays. She substituted jelly beans in one of the underlays and had participants use a magnetism-detecting meter. They were not able to tell, through the mattress, which had the magnets. She continued to skilfully use the media to expose fraud.

In 2011, Loretta and I together with some like-minded  senior academics colleagues became concerned that some Australian universities were giving credibility to non-evidenced-based practices. RMIT in Melbourne was promoting ”energy healing”. At ”open days”, staff teaching traditional Chinese medicine (TCM) gave participants an earring which, if placed strategically, could prevent and treat depression.

Southern Cross University, whose foundation chair of science was a ”healing touch” practitioner, was training homeopaths, running an on-site clinic. Other universities offering courses in chiropractic were exposing students to ”subluxation theory”: Running up and down our spines is an invisible energy, essential for health. All illnesses result from distortions of the bony anatomy (subluxation) interfering with this energy. Even though invisible with our latest imaging, this energy can be corrected by manipulating the spine.

Many were manipulating the cervical spines of infants and offering pregnancy care. None of this is evidence-based.

Our small group recognised that a formal organisation, with medical and scientific leaders collectively promoting the importance of “credible scientific evidence underpinning the provision of healthcare in Australia”, might be effective. In 2011, we launched Friends of Science in Medicine (FSM) with Loretta Marron as foundation CEO, attracting 1000 members within a few months. We are celebrating our 10th anniversary.

An early action was to meet AHPRA executives (none of whom is a health professional or scientist) and members of the Chiropractic Board  We discovered that Chiropractic Board members included some advertising and practising the pseudoscience that underpins their discipline. This flaw, where board members flout the standards required by the national law, was also found with the osteopathy and traditional Chinese medicine (TCM) boards.

Pestered by FSM, the Chiropractic Board eventually informed chiropractors that they were not to offer pregnancy care and could not claim to be ”specialists” in any given area of healthcare. More recently, some states have forbidden them from manipulating the necks of young children. Yet a majority of chiropractors still offers interventions based on correcting the invisible ”subluxations”.

We also tackled the Osteopathy Board. Two particularly objectionable techniques they use are ”osteopathy of the cranial fields” (OCF) and ”visceral manipulation”. Osteopaths claim to feel, through the skull bones, pulsations of the brain’s cerebro-spinal fluid. This alerts them to disease treatable by manipulating the skull bones. The truth is that the fluid does not pulsate and that the skull bones of an adult cannot be moved.

When we met some members of the board, including the chairman, we noted that her own website advertised OCF. She promised that the board would look at advising practitioners not to use this technique. No action resulted. As of today’s writing, her website still offers OCF.

Pursuing our advocacy, we soon discovered that the Therapeutic Goods Agency (TGA), ostensibly a natural partner in our mission, was anything but! Ensuring the safety of medicines, supplements claiming a health benefit and equipment used for therapeutic purposes is their responsibility. The TGA, however, is funded by the very companies whose products it regulates. This critical conflict of interest weakens the agency’s efforts to protect consumers.

The TGA tells manufacturers that claims for their products must be supported by credible science. In registering a product, they do not have to provide proof, but have such available for a random audit. We discovered that few claims are checked and that, on average, the required evidence is absent in 70-80 per cent of cases.

Studying problems of consumer protection and the TGA, we learnt much from Professor Ken Harvey, an outstanding public health advocate in Melbourne. With unmatched knowledge of all things TGA, he is an effective, vocal critic of its deficiencies. In 2014, he resigned from LaTrobe University when it accepted millions of ”research” dollars from Suisse Wellness to prove that their products worked as claimed! The mutual respect which developed paid enormous dividends when he agreed to succeed me as president of FSM.

The legislative landscape, protecting consumers poorly, needs urgent overhaul. Hindering this, to be blunt, is the powerful, very profitable ”alternative” industry which influences political parties and governments’ decisions. There is no effective protection from the myriad of registered and unregistered health professionals offering unscientific, often dangerous, advice. Even the nation’s pharmacists, schooled to appreciate and practise evidence-based care, have let profits from the sale of non-evidence-based products diminish their professionalism. Clearly much more needs to be done to educate the consumer about the need to ask more about the evidence that supports any treatment they are offered but legislative improvements to support the agencies involved in this protection must also be a priority.