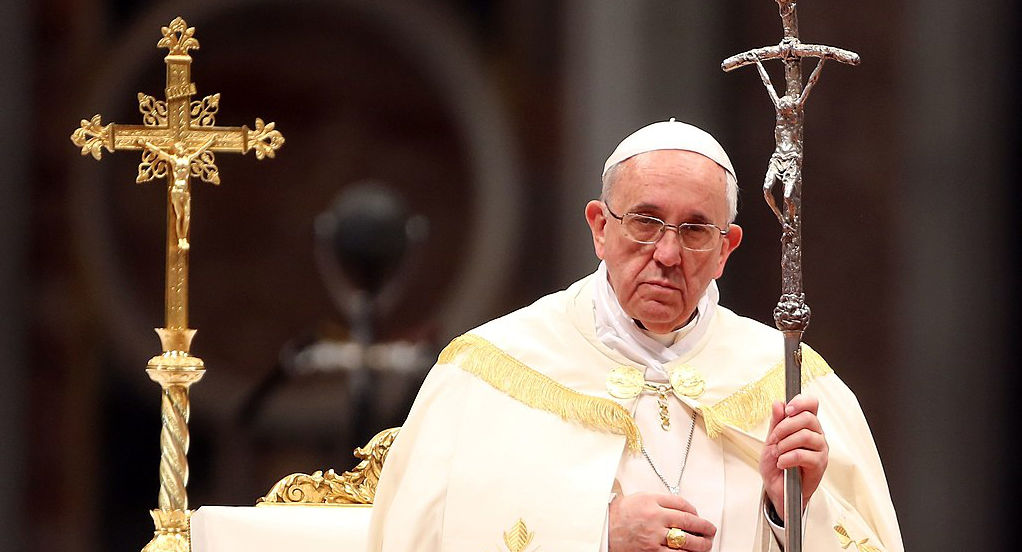 This papacy will come to an end, most probably by resignation, as soon as Francis thinks he can't do the job. Image: Wikimedia Commons

For a week or so the Vatican rumour mill has been in overdrive. How sick is Pope Francis? Will he resign? Where next for the papacy?

Certainly, the Vaticanisti and Vaticaniste (male and female journalists covering the Vatican) are beside themselves either predicting a papal resignation within the next few months, or poo-pooing the idea. There’s no doubt Francis has health problems and recently he’s been using a wheel chair to get around. But is he really on his last legs, or so incapacitated that he’ll resign?

Sure, he’s cancelled a scheduled early-July pastoral visit to South Sudan and the Democratic Republic of Congo, but hasn’t yet cancelled a late-July trip to Canada. He also plans to visit L’Aquila in central Italy in late-August, to pray at the tomb of the last pope to resign, the saintly hermit, Celestine V (1294), pressured to surrender the papacy by his egregious successor, Boniface VIII (1294-1303). As well Francis has just appointed a broadly international group of sixteen new cardinals who’ll be installed on 27 August and have a vote in the conclave to elect the next pope. So, what’s happening?

Personally, I don’t think the 85-year-old Francis will resign, at least not until Benedict XVI dies. Three living popes is two too many. Francis called off the trip to Africa mainly because of mobility problems. He apologised saying, ‘With great regret, due to problems with my leg, I’ll have to postpone my visit.’ He has both osteoarthritis and sciatica. While painful, neither are life threatening.

This papacy will come to an end, most probably by resignation, as soon as Francis thinks he can’t do the job. But I suspect we haven’t reached that point because there are a few tasks he’s yet to complete, not least of which is the implementation of a major re-organization of the Vatican bureaucracy.

Francis is also committed to what he calls ‘synodality’, from the word ‘synod’ meaning a meeting, usually of bishops. But the pope has injected a broader meaning into the concept so that it now involves a broad cross section of the Catholic community, including the laity, in decision-making processes in the church. If enacted, it will mean that bishops can no longer reign in isolated splendour, but will have to some extent to be accountable and answer to the community. This is a major shift in a church which has operated since the 16th century like an absolute monarchy responsible to God alone. But synodality is still a work in progress as Catholics debate what this means in practice. There’s a further meeting in Rome on synodality in October 2023. This is a project to which Francis is strongly committed and he’ll hang on until it reaches some resolution.

But he won’t last forever, so who is likely to take the reins after him? Prediction is an inexact science and that’s especially true of the contemporary papacy when Francis has appointed cardinal electors literally from all over the world, including one in the latest batch from Ulaanbaatar, Mongolia where Catholics number a few thousand.

When the sixteen new cardinals join the College on 27 August 2022 there will be 131 voters under the age of 80 who can elect the pope. Francis will have appointed 83 of these and, allowing for different personalities and experiences, they can be predicted to sympathise broadly with his approach. By the end of 2022 six more will have turned 80 so that on 1 January 2023 there will be 126 electors, while allowing that a few may die in the meantime.

Geographically 30 are from Europe, 20 from Latin America, 8 from North America, 3 from Oceania (one each from Papua New-Guinea, New Zealand and Tonga), 18 from Asia and the Middle East, 20 from Africa and 32 who work in the Vatican. Francis has deliberately chosen people from the peripheries where the majority of Catholics live and dioceses like Milan, Venice, Los Angeles and Sydney that traditionally have cardinal-archbishops, have been bypassed.

Many of the peripheral cardinals are from culturally and linguistically diverse backgrounds and will have been deeply involved in their own local issues, often confronting poverty, overpopulation, starvation, environmental devastation, disease, social depravation, the results of Covid-19, or dictatorial, military, unstable, or corrupt governments. They will have far more hands-on pastoral experience than the cardinals from large metropolitan archdioceses in the developed world that are often run like large corporations.

The downside is that many of these cardinals won’t know each other, will be somewhat divorced from Vatican politics, have limited or no spoken Italian and might easily be influenced by reactionary pressure groups, or more likely by powerful cardinals leading the various constellations touting their papabili, Italian slang for likely papal candidates.

There is also a danger of interference by influential people with axes to grind, using social media. This will come particularly from conservatives who will do everything they can to ensure that another Francis-type pope is not elected. There’s a possibility they’ll use social media to blacken the reputations of cardinals that these pressure groups want to see excluded.

If I were a betting man I’d put some money – but not too much – on two candidates.

First, Matteo Zuppi, Archbishop of Bologna, Italy (age 65). Very much a Francis bishop, he was originally a priest of Rome diocese which he knows very well. Sympathetic to LGBTQ issues, he is in the ‘who am I to judge’ tradition. An historian, he says that while we face ‘the end of Christendom… [it] doesn’t mean the end of the Gospel or of Christianity.’

Second, Luis Antonio Tagle (age 64), now head of the Evangelization Dicastery in Rome and former archbishop of Manila, Philippines. He is Francis’ pick for next pope, and many refer to him as ‘the Asian Francis.’ He is humble, deeply spiritual, charismatic, has a sense of humour and often smiles He is a good speaker and is excellent in the media.

But don’t bet the house on either of these. This will be the most unpredictable conclave for centuries.