It is not only ABC management that don’t take religion and specialist broadcasting seriously. What can you expect from a board that is made up of business people and technocrats. The fault here lies with the federal government that has appointed these people.

I’m not usually a big consumer of the local Catholic media, but an article in Sydney’s Catholic Weekly (May 31, 2017) twigged my interest. Headed “Religion faces an uncertain future at the ABC with recent restructuring move”, the article revealed that Judith Whelan, recently appointed ABC’s head of spoken word, announced that the “Content Director of Religious Radio” was now to be entitled “Editor”. According to Ms. Whelan this would “elevate the status and gravitas of religion across the ABC.” Precisely how this gravitas was to be achieved was not spelt out by Ms. Whelan, whose career, ironically, has largely been in the written word at Fairfax, a rather different beast to spoken word.

As the last—and only—person ever to hold the title “Specialist Editor, Religion” I should have been impressed. I wasn’t. This is a “con job” if ever there was one.

First, over the past five years religion has been decimated in the ABC. The Religion Unit has lost more than 40% of staff, budget, resources and air time. Just last week I attended an extremely well attended farewell for John Cleary at ABC HQ in Ultimo. He left after more than three and a half decades in broadcasting with his Sunday Night Talk programme axed by management.

Second, despite reassurances to the contrary, there is real antagonism within ABC management to specialist broadcasting generally and to religion specifically. There is a conviction that anyone can cover any story; no one needs special qualifications to ask the right questions.

The worst aspect of this “elevated status” of religion is the way in which the religion content director, Jane Jeffes is being treated. Appointed in June 2013 with a strong background at the BBC and in film and television documentary making, Jeffes has been told by management that she will not be transiting straight into the new “editor” position.

Despite having won her job against other similarly qualified candidates through the usual external process, she will have to stand (she can’t even fight or argue) for her position against another broadcaster who was selected by management in a management-run administrative device. Managers will choose who they want; the other will be redundant. The person pitted against Jeffes is a respected and experienced broadcaster, but he has no specialist qualifications in religion.

The managers who will make the choice between Jeffes and the other broadcaster will apparently announce their “decision” on Friday. This is a most unusual way of operating for a publicly funded body like the ABC and one even wonders about its legality. Usually people aren’t appointed by management fiat, but jobs are advertised, applied for competitively and selected by an independent committee. Interestingly, this is not how things are being done in the Science Unit where the present content director is also going to be called “editor” and will change titles without challenge from anyone, let alone being subjected to management choice.

I don’t believe that the present management of the ABC takes specialist units and programmes seriously, despite Ms. Whelan’s erudite reference to the Latin gravitas—I love that word which has a range of meanings from “weight”, “heaviness” and “dullness” through “severity” to “dignity”, “gravity” and “presence”. In early-November last year experienced documentary maker Robyn Ravlich and I met with Michelle Guthrie, Michael Mason, Judith Whelan and Corporate Relations head Michael Millett for an hour to discuss specialist units and programs on behalf of a group of former broadcasters and media specialists.

They assured us several times that they were committed to specialization and that in fact they wanted to enhance this. At one stage Guthrie said that they were thinking of putting specialist topic broadcasters in News and Current Affairs, which seemed to contradict what Mason had told us earlier that he wanted to get Radio National’s specialists on the air across all networks to replace people like me—he noted that the ABC “uses me” (literally since they don’t pay) and that he looked forward to Rachael Kohn replacing me—joking, of course, he assured me!

I came away from the meeting still unconvinced that they take specialization seriously. Uniting Church minister, Rev. Elenie Poulos was part of a group representing the churches and religious bodies who had met with them that morning, and she accused them wanting to do “religion lite”. Poulos is on the money: RN’s new programme God Forbid (presented by James Carlton) certainly strikes me as “religion lite”.

It is not only ABC management that don’t take religion and specialist broadcasting seriously. What can you expect from a board that is made up of business people and technocrats. The fault here lies with the federal government that has appointed these people. They may well be very public-spirited personages, but that doesn’t mean they know anything about broadcasting, let alone have qualifications to run the most important and significant artistic and intellectual institution in the country.

The Vandals are not at the gates; they’re already in the citadel! 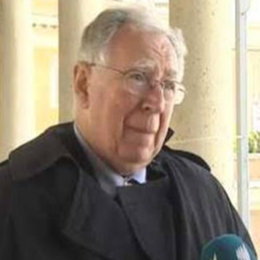