Paul Keating’s Indonesian vision has been undone by his successors 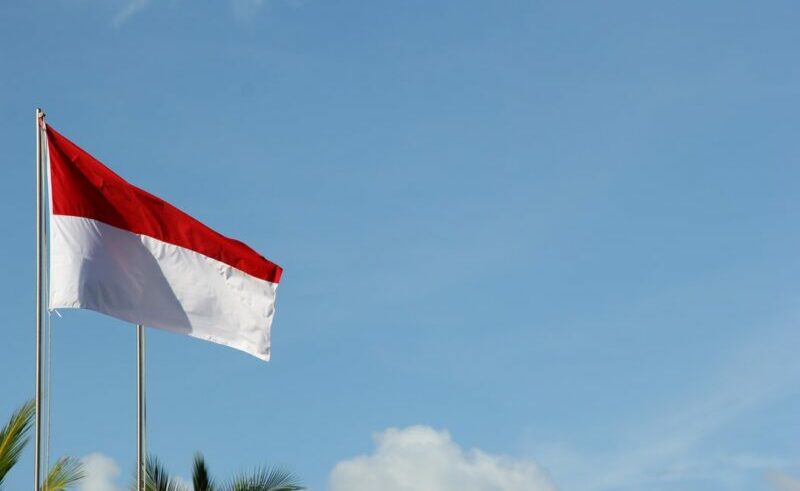 Paul Keating’s successors failed to build on the promise and possibilities offered by the 1995 security pact with Jakarta — and the chance won’t come again.

Had Paul Keating’s initiative in securing the 1995 Security Agreement with Indonesia survived, Australia would have a local ally and so wouldn’t need AUKUS or old-timers from Defence and the Department of Foreign Affairs and Trade telling our Asian neighbours they’ve nowt to fear from the Anglosphere.

That’s the logical conclusion from reading Professor James Curran’s revelations on this website of the secret negotiations leading to the agreement, described by researchers as “one of the most important recent developments in Australian foreign and defence policy”.

The deal, though short-lived, encouraged Jakarta to reappraise its neighbour and shift Canberra to see possibilities based on geography rather than history. It collapsed partly through clumsy dealings with the idiosyncratic Bacharuddin Jusuf (BJ) Habibie over the future of East Timor.

John Howard’s suggestions for getting rid of the “pebble in the shoe” were mishandled by Indonesia’s impetuous third president. This led to a referendum and the former Indonesian province securing independence. Hundreds were killed, thousands displaced and property destroyed in a scorched-earth retreat by the losers.

East Timor is independent, but the pebble is now a rock reminding nationalist Indonesians of their defeat and shame at the hands of a minor foreign power.

Inside Paul Keating’s historic — and prophetic — security deal with Indonesia

Had more diplomatically adroit and culturally cautious leaders been around we might still be benefitting from Keating’s vision. Now the US and China are jostling to get Indonesia on-side and being rebuffed, while Australia is trying to repair the self-inflicted damage done by siding with Washington and London to counter Beijing’s aggression.

The SMH reports that senior diplomat and first ambassador to ASEAN Simon Merrifield will review Australia’s relationship with Indonesia. Three former defence chiefs will march around explaining that we’re cuddly bunnies despite buying nuclear-powered subs and stationing US troops on our northern shores facing the region.

It might be more effective to send smart Asia-literate youngsters in tune with the times to tell of Australia’s worries and intentions. Almost a third of Indonesia’s population was born this century and knows nothing of the 32 years when the corrupt dictator and kleptomaniac ($35 billion according to some accounts) Soeharto ruled with the military.

Curran’s account of Keating’s attachment to Indonesia illuminates some of our troubled recent history with the people next door. Tragically, the former PM’s “magnificent obsession” with Asia hasn’t infected his successors, though they always chant the mantra about the republic’s importance while peering over their listeners’ heads to the distant north.

Our biggest embassy/fortress is in central Jakarta, but it might as well be in a kampong lean-to for all the good it’s doing to build better people-to-people relations. It does little to persuade Indonesians that we’re friendly folk deeply interested in their nation beyond Bali – the lives, beliefs and history of a complex people in an ancient archipelago.

Our inability or refusal to get close is matched by Jakarta’s indifference to Canberra under current president Joko Widodo, who shows little interest in foreign affairs.

Curran’s article raises many questions. When Keating was dealing with Soeharto he knew the Indonesian leader was a villain. The former general had overseen the slaughter of an estimated 500,000 real or imagined communists after the 1965 coup and sent thousands of the nation’s best and brightest to an island concentration camp.

The CIA labelled it “one of the worst mass murders of the 20th century, along with the Soviet purges of the 1930s, the Nazi mass murders during the Second World War, and the Maoist bloodbath of the early 1950s”.

Australian scholar Dr Jess Melvin, who exposed the army’s role in organising militias to do the butchery, called it a genocide.

How could an Australian Labor Party leader get so close to Indonesia’s Goebbels? That the two apparently hit it off when neither could speak the other’s language is weird.

One man was a rationalist, hard-wired into Western values, the other an ill-educated street-smart soldier steeped in Javanese mysticism. Soeharto thought it was acceptable to sacrifice half a million of his nation’s citizens to halt his predecessor’s journey to the left and embrace the US, which rewarded the shift with goodies galore reinforcing graft.

The timing of Keating’s initiative damaged the result. By December 1995 when the agreement was signed Soeharto’s authority was waning. Access to the Internet and fearless journalism from Tempo magazine was rousing dissent. Photocopies of banned Western magazines exposing Indonesia’s woes were openly offered to motorists at intersections.

Keating’s motives were strategically right but morally wrong. It seems he believed pragmatism crushed standards and no ghastly history showing his counterpart was saturated in gore could drown a determination to have his policy prevail.

If that’s right so are the cynics who claim there are no principles in politics that aren’t expendable — however deeply embedded in a culture and hardened by time. As Niccolò Machiavelli wrote, “the ends justify the means”.

Last century’s idea that Indonesia might be a threat was ridiculous. It was founded on Australian ignorance and fear of Asians, exploited by malicious politicians. Even the most belligerent generals and Muslim extremists dreaming of a caliphate never had the resources or the will to attack Australia, so Soeharto’s assurances were easy to give.

Keating’s work placated the xenophobes, but more significantly the security agreement created a foundation for others to reinforce. It was all the more remarkable because it ran counter to the non-alignment “free and active” rule usually attributed to first vice-president Mohammad Hatta.

Since then it’s been hardened by the 1955 Non-Alignment Movement and sixth president Susilo Bambang Yudhoyono’s tagline of “having a million friends and zero enemies”.

No chance now of another agreement with Australia.