Death of the critical friend in South Australia

Organisations advocating on behalf of those who otherwise have little say in the decisions which effect their lives can be seen as critical friends of government. They appear to be a threatened species – and we should be alarmed.

In September last year a Greens bill to establish a federal anti-corruption commission (a federal ICAC) passed the Senate with the backing of Labor and the minor parties. Last week the Morrison government again gagged debate on the bill – in a week when corrupt branch stacking had again been revealed as endemic. This is political cognitive dissonance at an unprecedented level. Perhaps one of the final symptoms of unravelling neo-liberalism is a passion for silencing any possible sources of critical appraisal.

The concept of the critical friend emerged in educational theory in the 1970s and rose to wider political prominence during the Blair government in the UK. Wikepedia provides a definition from educational pedagogy:

A critical friend can be defined as a trusted person who asks provocative questions, provides data to be examined through another lens, and offers critiques of a person’s work as a friend. A critical friend takes the time to fully understand the context of the work presented and the outcomes that the person or group is working toward. The friend is an advocate for the success of that work.

A critical friend of government then is committed to the success of government in a specific area where that friend has expertise and intelligence. Public health epidemiologists, climate scientists, even investigative journalists might qualify. In the past, governments have legitimised, formalised and supported the role of the critical friend in a range of statutory bodies, NGOS and QANGOS. But of late such bodies are rapidly becoming the new “disappeared’’. Casting an eye over my home state of South Australia the ground is littered with the corpses or twitching remnants of what were once known, and even valued, as critical friends.

In December 2019 the Independent Commissioner Against Corruption for SA, Bruce Lander handed down a report into the SA Health Department which found a high risk of corruption, poor record management, bullying and harassment, conflicts of interest and mismanaged procurement practices. Much of his report focuses on the poor management and opaque and inconsistent regulation of private practice rights for doctors working for the department. Based upon observations over nearly five years as the Independent Commissioner Against Corruption, I have formed the view that there is widespread maladministration throughout SA Health, Mr Lander wrote. Mr Lander asked for a budget of $2M to enable him to investigate corruption in SA Health, a department with a $6B budget. The government promptly refused it.

As of July 1 2020 the SA Victims of Crime Support Service will cease operations following the withdrawal of state government funding. While individual counselling services will transfer to another provider, South Australia will no longer have a dedicated advocacy service for the complex needs of victims. Similarly the Mental Health Commission has been reshaped to focus on individual service to consumers and carers. The current health promotion, preventative and administrative resources of the Commission will be transferred into a branch of the SA Health Department.

For 42 years Shelter SA has had important role as a peak body for advocacy, policy development and research relating to housing for people on low incomes. State government funding will cease on September 30. The government has invited Shelter SA to apply for funding to operate a new service as a low income housing provider. Shelter SA has declined to apply as the arrangement excludes policy advocacy and would put them in direct competition with their service provider member organisations.

The SA Health Performance Council was established in 2008 with a responsibility to report to the health minister on the performance of the whole health system, (public and private) in promoting and protecting the health of all South Australians. The government’s Health Care Performance Amendment Bill 2019 abolishes the HPC and transfers most of its role to the CEO of SA Health. Apart from obvious conflict of interest issues, the Bill also removes any public performance appraisal of the private health care sector or of the impact on the health of patients of interactions between the private and public sectors.

The Health Consumers Alliance is South Australia’s only peak body advocating for the users of health care services. HCASA lost its state government funding in June 2018 after 19 years of continuous service. It has provided training for consumer advocates and for health care services, research and policy advice and most recently highlighted issues for health service users arising out of covid 19. It has continued only through staff cuts limited, fee-for-service work and rent savings. On September 30 it will be closing down. SA will then be the only state without a state government funded health consumers advocacy body. The HCASA’s annual budget allocation from the SA Government was $500,000. It is around 0.008% or one twelve thousandth of the SA Health budget for the current year. Letters to the Health Minister and the Premier go unanswered.

HCASA, Shelter SA, the Health Performance Council, the Mental Health Commission and the Victims of Crime Support Service and the SA ICAC have all tried to be critical friends of government. Their role has been to advocate for those who lack a strong political voice. Like the prospects for a federal ICAC, their future is bleak, truncated by a government that does not want to hear anything that might challenge its current assumptions. For now they are like Cassandra – the minor Greek deity who saw the future threats but whose warnings must be ignored. But ignoring or eliminating critical friends has ominous implications. A social safety valve is lost. When governments pursue policies and procedures which disadvantage and alienate those who have lost the voice of advocacy, we all suffer. Inequity grows and social coherence crumbles. There is a risk then that defensive governments may respond with further restrictions on information, advocacy and criticism, further escalating polarisation. There is a price to be paid for the death of the critical friend.

Disclosure: The author is Acting Chair of the Health Consumers Alliance of SA 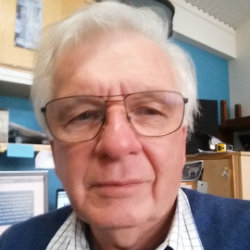