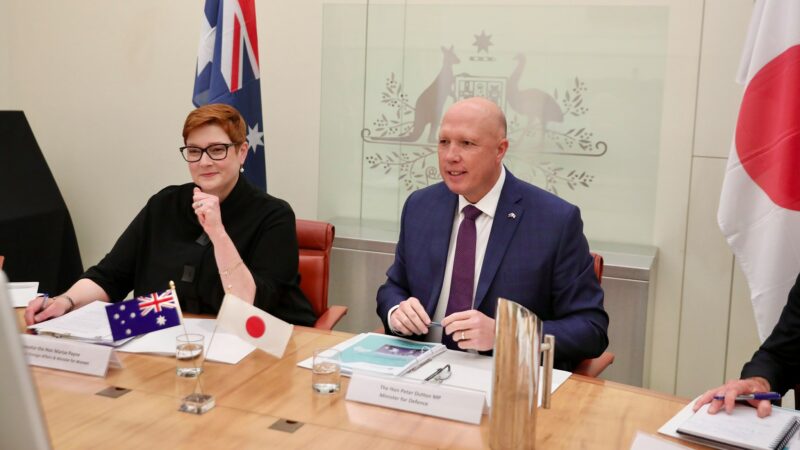 On Thursday, Foreign Minister Marise Payne and Defence Minister Peter Dutton are due to meet their Indonesian counterparts in Jakarta for vital talks. The stakes are high.

No Australian minister has visited Indonesia since the pandemic began, while ministers have visited Jakarta in that time from many other nations.

As an Australian and an Indonesian, we believe our governments should grasp the opportunity of this rare in-person meeting to accelerate a new era in Australian-Indonesian relations. Our two countries signed a significant comprehensive partnership agreement in mid-2020, reflecting the importance of our economic and strategic relationship. The time is right to invest more into the relationship so that the two countries can nurture democracy together, much like former Indonesian foreign minister Marty Natalegawa has suggested, and help the region to navigate growing superpower rivalry between the US and China in South-East Asia.

Indonesia will be Australia’s closest and arguably most important bilateral relationship over the next 30 years, by which time Indonesia is projected to be the world’s fourth-largest economy. Indonesia is already a global leader, due to be chair of the G20 next year and the Association of South-East Asian Nations (ASEAN) in 2023.

Here are some priorities we hope the governments will agree in their talks.

First, Indonesia is suffering enormously from COVID-19. As others have argued, Australia should considerably expand its Indonesian COVID-19 Development Response Plan to help Indonesia’s recovery. More broadly, Australia should work closely with Indonesia to build regional resilience on other challenges that loom large over the next 30 years, whether it be decarbonisation, shared prosperity, security or human displacement. All are linked – the less distance between the approaches taken by our countries the better.

We have watched with horror at the humanitarian catastrophe unfolding in Afghanistan. Of great concern to both Australia and Indonesia should be large-scale displacement of Afghans in the coming weeks and months. Australia’s role in the war in Afghanistan and subsequent Allied occupation elevates the duty Australia owes to those now fearing persecution. The Centre for Policy Development (CPD) has called for Australia to resettle 20,000 Afghan refugees, in addition to its normal humanitarian resettlement intake. Indonesia has many thousands of Afghan refugees. Given the very limited number of Afghan refugees Australia was able to evacuate form Kabul, one way Australia could help its neighbour, and fulfil its pledge to take Afghan refugees, would be to offer resettlement to some of them currently in Indonesia. These refugees have been stuck in limbo and are increasingly desperate.

Sadly, Afghanistan is not the only crisis in our region forcing huge numbers of people to flee their homes. The continued post-coup crackdown in Myanmar and ongoing persecution of Rohingya are also causing mass displacement. 2020 was the deadliest year on record for refugee journeys in the Andaman Sea and Bay of Bengal. We hope Australia and Indonesia will agree a coordinated approach to apply more pressure both to the Myanmar junta and ASEAN to implement the agreed 5-point consensus for Myanmar. A political agreement is badly needed in Myanmar to stop the violence – greater advocacy and coordination from Indonesia and Australia can help to achieve that.

Our organisations co-convene the Asia Dialogue on Forced Migration (ADFM) with colleagues in Malaysia and Thailand. We have long warned the combination of events in Myanmar and Afghanistan, the COVID-19 pandemic and climate change risk a dire displacement crisis in the Indo-Pacific. Australia and Indonesia co-chair the main inter-governmental body dealing with forced migration – the Bali Process. We hope, at their meeting this week, the co-chairs will agree an urgent date for a Ministerial meeting of the Bali Process to discuss these crises – the last Ministerial meeting was in 2018. The 20th anniversary of the Bali Process next year is a big opportunity for the co-chairs to propose reforms to make the institution more effective and impactful in the wake of COVID.

Australia and Indonesia will need to have each other’s backs in the decades ahead. Now is the time to strengthen our partnership and work together on the unprecedented challenges facing the region.

( I have not been able to find any mention of this important meeting in mainstream Australian media or at least the four that I read. The above article was published in the Jakarta Post yesterday. We are saturated with US and UK news but scarcely a mention of relations with Indonesia, probably the most important country in the world for our future security. It is another example of the failure of our White Man’s Media.- John Menadue)

Andrew Hudson is international director at the Centre for Policy Development (CPD) in Australia.

Dewi Fortuna Anwar is a former deputy secretary for political affairs to the vice president of Indonesia and incoming board member of the Centre for Policy Development (CPD).