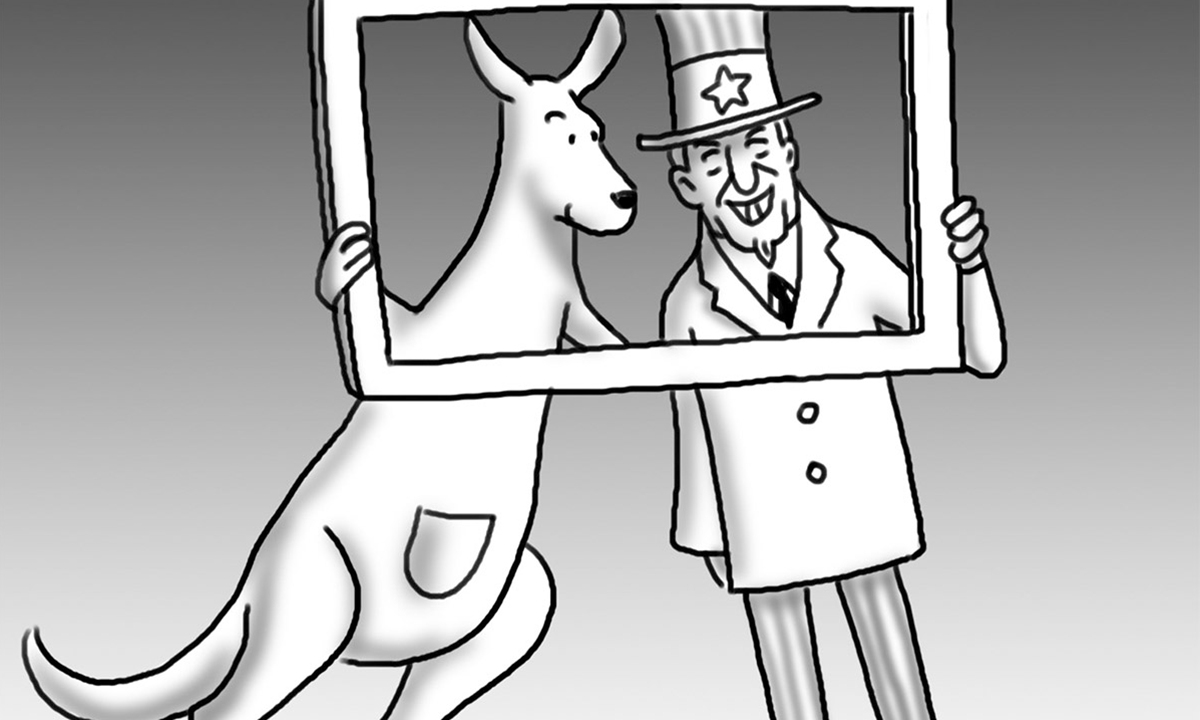 How can the collapse of the Australia-China diplomatic relationship be explained? Despite a recent flurry of articles and books, the answer isn’t a mystery nor is it complex.

The predilection of journalists and politicians to allocate blame for the crisis so that ideological biases can be confirmed leads to analyses which are trite and often just confected distractions from domestic policy failures. They should be ignored.

Putting to one side the unfolding daily panic, we are witnessing a growing dissonance between the way Australia has traditionally viewed the world and the shifting realities of that world. To put it simply, our structures of thinking have not kept pace with rapid and fundamental change. We need a paradigm shift.

Australia clings to a complacent, ahistorical assumption that the US will maintain its “full spectrum dominance” in East Asia and elsewhere indefinitely. This is both a belief and a desire, though it is not the normal fate of Great Powers throughout history. Canberra has supported Washington’s interventionary crimes in Southeast Asia, Central Asia and the Middle East to help secure this dominance, but hopes for its indefinite continuation are little more than wishful thinking.

To borrow Clinton Fernandes’ insightful phrase, this is the perspective and destiny of a “sub-imperial ally”. To the extent that we have one, Australia’s strategic plan is based on the assumption that the United States can and should continue to dominate the world. There is no plan B.

Any challenge to this preponderance is seen as impertinent at best and at worst as an existential threat by Washington and its  dependencies. America’s superpower status, bolstered by its duration (since World War Two) and the collapse of the USSR in 1991, has encouraged many in the West to accept it as normal, even natural. It was even given a benign-sounding Orwellian phrase – the “rules-based international order” – with which other states, though not Israel, Saudi Arabia or the US itself for example, were expected to comply. Of course the “rules” were set by Washington and the “order” was usually in the form of orders imposed on recalcitrants.

From the late 1980s, Australia’s mining sector was very happy to enrich itself by exporting the country’s mineral wealth to China. This was because of booming prices and the understanding that the rise of China was strictly defined in commercial terms. Economic engagement did not have cultural, political or strategic analogues.

In the United States, China provided a lucrative site for offshore transnational production in low wage, high repression economic zones where independent trade unions were banned from bargaining up the costs of labour. Human rights abuses, including attacks on labour rights, were of little concern in the West, which praised the green shoots of neoliberalism when they emerged in the Middle Kingdom. Surprisingly little thought was given to China’s commensurate and entirely predictable strategic rise.

Instead of responding to China as a rising Great Power which was bound to shift the strategic balance in East Asia, Australia’s political elites dusted off their Cold War anti-communist playbooks. Washington’s pre-eminence had to remain unchallenged at almost any cost. Instead of a new paradigm shift they chose nostalgia.

After seven decades a growing number of historically-ignorant journalists and backbenchers suddenly discovered that China was an unpleasant authoritarian state, though it is not clear how they previously missed this or how their phlegmatic blindness to state repression during the minerals boom could be defended. Today we are back in the 1960s and China is again a threat, now routinely described with little or no evidence as “increasingly aggressive” because of its communist government. Paradoxically, its state capitalist economy remains very attractive to Australia’s business community.

Growing authoritarianism in Hong Kong, Wuhan virus conspiracies, appalling repression in Xinjiang, land reclamations in the South China Sea and claims of surveillance in Australia’s universities, provide valuable context to those media commentators, MPs, think tanks such as ASPI and a former head of ASIO who are keen to whip up a new “communist China” panic.

What they won’t say is that all of these concerns, both the genuine and the fanciful, are perfectly consistent reactions to any emerging Great Power which, if only at the margins, has the temerity to defy the global hegemon. Today, China’s unforgivable sin is disobedience and its refusal to conform to the rules written for it in Washington. For the same reason, Iran, Cuba, Venezuela, Syria and Cuba are also targeted.

Consequently, far more intrusive interventions in Australia by the US and the UK for example, can be ignored behind a confected moral panic about Chinese spying in our parliaments and universities. Similarly, more grievous crimes committed by Israel against the Palestinians and by Indonesia against West Papuans, to cite only two, could be submerged under an avalanche of concern for Beijing’s treatment of the Uyghurs.

Racist tropes about Asiatic power, efforts to please the Trump Administration and idiotic whispers about war significantly damaged commercial relations with Australia’s most important trading partner and marked a new low in Australian diplomacy. Plenty has been lost by showing uncritical fidelity to Washington, especially during the disastrous Trump  presidency. But what has been gained?

When the opportunity to avoid taking sides in the growing rivalry between Washington and Beijing arose, when a more circumspect and independent stance would have been less damaging to Australia’s interests, Canberra chose to back US hegemony around the world as if it would continue forever. This demonstrated a profound misunderstanding of both history and contemporary international politics, including more thoughtful and sophisticated responses in the region. We will be living with the consequences of this naivety for decades.

For a longer analysis of the issue, see The revolt against the West and the rise of China