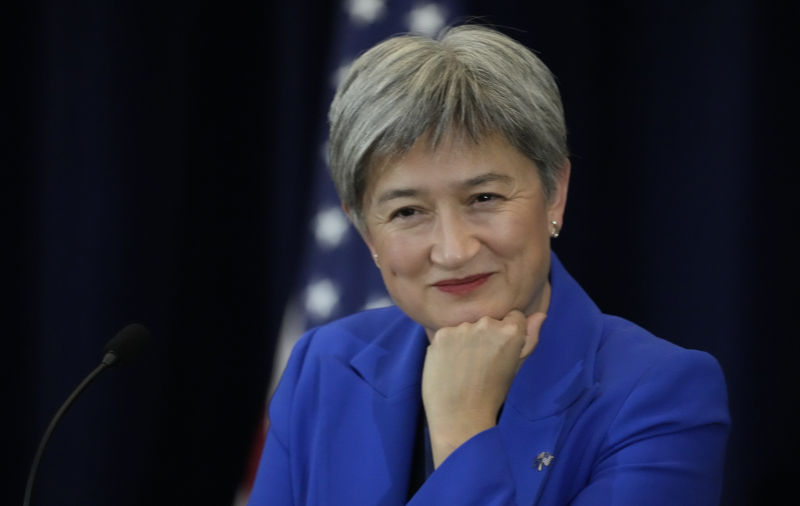 At the invitation of Member of the Political Bureau of the Communist Party of China Central Committee, State Councillor and Foreign Minister Wang Yi, Australian Foreign Minister Penny Wong will visit China on Tuesday and Wednesday.

This is the first visit to China by an Australian minister since 2019, and will coincide with the 50th anniversary of the establishment of diplomatic relations between the two countries on Wednesday. Recently, with the gradual resumption of bilateral contacts, such as the meeting between Chinese and Australian leaders in Bali, Indonesia, relations between the two countries are starting to warm up from the freezing point. Both sides have also taken healthy steps to restore stability, which is a positive sign for China, Australia and the region.

The China-Australia relationship has walked past half a century, and there are many historical experiences and realistic lessons to be learned. Obviously, there is a particular intention behind Wong’s choice to visit China on such a special day: It is likely to achieve relatively good results for Wong to hope to redeem China-Australia relations with some ceremonial tints. The sudden deterioration of bilateral relations in the past few years has become a prominent case in the history of contemporary international relations, but it is far from being mainstream in the 50-year history of the two countries’ ties. It can be interpreted as Canberra has gone astray in a short thoughtless moment and made its relationship with Beijing difficult.

We are pleased to see that the Anthony Albanese administration has shown willingness after taking office to improve and develop relations between the two countries, and China has responded positively. In addition, Australian public opinion generally supports Albanese’s efforts to strengthen China-Australia relations, while some former Australian political figures have also welcomed or acknowledged a series of bilateral contacts between the two countries. This suggests that Australian society is going through genuine introspection on a larger scope, and the desire to improve relations with China is becoming mainstream. In a sense, this is also a natural move for Australian diplomacy to rectify a deviation after it has gone to an extreme.

China and Australia have gotten along well for most of the 50 years. Their ties had long been one of the best between China and a developed country. There has never been a fundamental conflict of interest between China and Australia, but rather a traditional friendship between the two peoples, a highly complementary economic structure, and a shared demand to uphold the purposes and principles of the UN Charter. It is a shame that such a relationship has not been handled well, but instead undermined. The previous two Australian administrations under Malcolm Turnbull and Scott Morrison, respectively, need to take historical responsibility for this.

In the deterioration of China-Australia relations in recent years, the Australian government’s approach can be characterized by the following features. First, Canberra deliberately created, distorted, and magnified the differences and divergences between China and Australia, making trouble out of nothing. Second, it had an inexplicable fear of China’s peaceful development and treated China as an opponent or even an enemy rather than a cooperative partner. Third, Canberra let Washington’s attitude toward Beijing dominate its diplomacy. As a result, Australia was even willing to serve as the most aggressive pawn toward China on the US’ Asia-Pacific chessboard. If such a government does not respect China or even itself, China, of course, won’t spoil it at all.

The radical, narrow, erroneous, and stupid China policies of the last two Australian administrations have seriously damaged the friendly and cooperative atmosphere accumulated in China-Australia relations for decades. This pitfall should not only make Canberra gain wit, but also be worth drawing lessons from for other developed countries. The twists and turns and difficulties that China-Australia relations have experienced in the past years are completely unnecessary and purely manufactured. The causes and consequences have been proved by facts. If someone still jumps into such a pit and repeats the same mistakes, it will be either stupid or evil.

This year can be marked as a year when China-Australia relations broke through. We certainly expect that the relationship between the two countries can get out of the predicament and turn around. But it also needs to be noted that the difficulties faced by the bilateral ties have not been completely eliminated, and there are still many uncertainties. We believe that to repair China-Australia relations, Canberra has to show verbal goodwill and substantial actions. This includes taking a rational view of China’s peaceful development, stopping a politicized investigation into China’s investment in Australia, and ceasing arbitrarily securitizing political relations and even forming confrontational and exclusive coteries in the region against China. These are all the meanings of “stable relations with China.”

During the meeting with Chinese President Xi Jinping in November, Australian Prime Minister Anthony Albanese said Australia will stay committed to the original aspiration behind the establishment of diplomatic ties and facilitate the stable growth of Australia-China relations. At the special juncture of the 50th anniversary of the establishment of diplomatic relations between the two countries, we hope that Wong’s visit will push Australia and China to meet each other halfway and push their relations back on track. As a former Australian diplomat said, the two countries should seek to “build on” their relationship instead of just “restoring” ties.